Unprecedented! The U.S. economy has failed to thrive under Big Guy’s careful care and tending. First Quarter growth, originally reported to have at the robust pace of 0.2% in the first quarter, actually {{{horrors!}}} shrunk by 0.7%.


That was far worse than the agency’s initial estimate that showed 0.2% growth, marking an abrupt reversal from the prior nine months when growth surged and the economy appeared on the verge of a long-delayed breakout.

Long-delayed indeed: the recovery we've HOPEd for has been lurking around the corner for 6 years now. 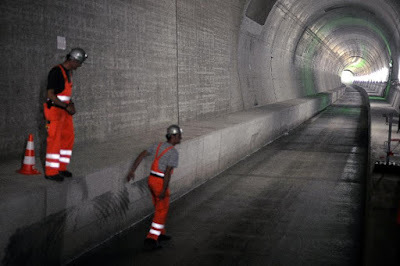 There is light at the end of that tunnel but it is a dynamic tunnel that lengthens faster than we can traverse it.