Johns Hopkins University has banned Chick-fil-A from its campus saying that the restaurant is a “microaggression” against its students.

In an 18-8 vote, the Student Government Association at Johns Hopkins voted not to “support the proposal of a Chick-fil-A, in a current or future sense, particularly on any location that is central to student life.”

After all, how can your campus be a safe place if you allow the presence of restaurant whose CEO doesn’t agree with your stance on gay marriage? And besides, all those Chick-fil-A chicken “strips” “nuggets” and “biscuits” – they could serve as “triggers” for victims of sexual abuse, or anorexia. And as you all know, college students these days expect their schools to shield them from being “bombarded by discomfiting or distressing viewpoints;” be that from a movie or a chicken sandwich. Campuses today are awash in “trigger warnings” which appear on everything from syllabi to coffee cups. 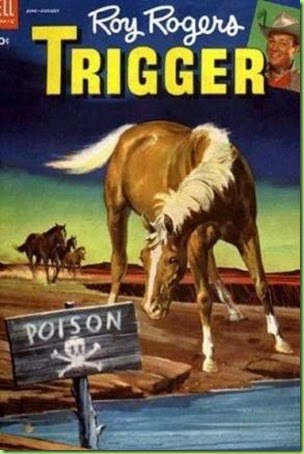 Still, banning an American business on campus because you disagree with their religious beliefs? Doesn’t that seem rather, um, intolerant? What ever happened to the “vote with your feet” concept? Not to mention that quaint concept – once quite popular on college campuses – of freedom of speech? Are they negated by heteropatriarchal cultures enjoying their white privilege? Or are they just invalidated when your misguided religious beliefs clash with with my enlightened, righteous beliefs?

All I know for certain is that if these little snowflakes can’t handle a “microaggression” of someone with an alternate belief system based on principles they disagree with, God help them in the face of the type of macro-aggressions our sworn enemies have in mind for them (ISIS Stones 2 Gay Men to Death). Because I don’t think their idea of tolerance of is what you think it is. 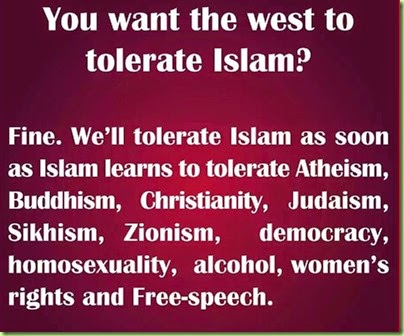 So it looks like free speech as an overarching concept of freedom may now be on its deathbed. At least that’s the conclusion it seems our President-in-Waiting and Chief Operating Officer of the Clinton Crime Family has drawn:

Or as Jim Geraghty put it:

So just to make sure I’ve made this perfectly clear: henceforth disagreement will no longer be tolerated…unless you are disagreeing with the intolerant bastards whose beliefs impose microaggressions on a marginalized member of one of the groups approved by  Marginalized, Aggrieved and Oppressed Incorporated (MAO Inc.). For everyone else there will be a designated area deep within our Federal Park System where you can go to practice your constitutional right, as long as there’s nobody else there who might be offended. 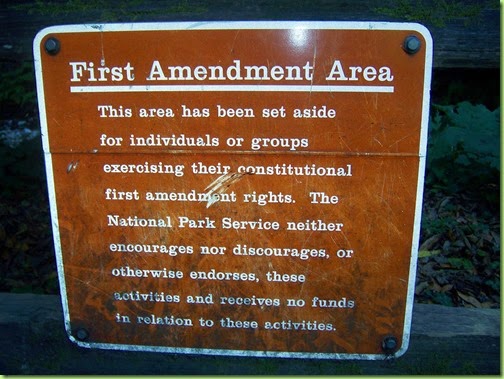 First Amendment Area as designated in the Muir Woods: how progressive!

Now go forth and multiply. Or not…your body, your choice and all. Unless, that is, you want to eat a Chick-fil-A at Johns Hopkins. 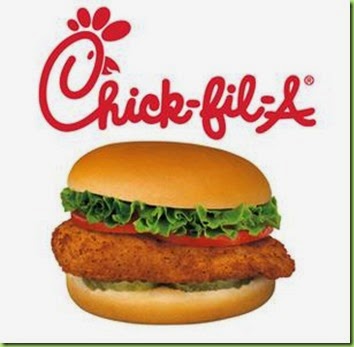 As opposed to marcoaggression practiced at most liberal schools.

Micro aggression. LOL,,, wait till they have a boss and experience macroaggression

The left has turned our kids into a bunch of a-holes.

I really appreciate sites like “Michelle Obama’s Mirror” and “The People’s cube” because they consistently find ways to mock the insanity that is rapidly enveloping us.

The pace is quickening as we circle the bowl. The left is brazen in their efforts to knock us off plumb - thanks in no small way to brack Ødungo and his “Laws - we don’t need no steekin laws!” pResidency.

Keep your powder dry because the day is rapidly approaching...

“wait till they have a boss and experience macroaggression”

Exactly. A bunch of wimpy libtard kids who think life is going to class and riding out for a kegger. Once they step into the real world, the entire world and everyday will be a micro-aggression or whatever these fag loving letfards term it..

One of the structures I’ve designed into my latest chip is called ‘Precious little snowflake’...

Johns Hopkins University, “You tolerate us. We will not tolerate you.”

Hmm...sounds like “microaggression” is the new ticket to squelching freedom of speech and association.

Aholes who can’t stand anything different than them.

Not to worry... Leftard LIB asshats will never be gainfully employed. You and I will be paying their EBTs and welfare food chits forever. That is the way of the Lefty.

Turn about is fair play, and I have no intention of ever buying another product from a company like Apple with sodomite CEO’s who aggressively attack Christians to promote their sodomite nazi agenda.

The only FR approved operating system is Linux....

But those useless nerd idiots with their micropenises have a mosque room on campus, no doubt... no “micro aggression” there, nossir

I have already chosen foreign products over supporting the homosexual agenda by buying American. I felt bad afterwards, but knowing what I didn’t help support makes up for it.