I see that Lady M is promoting her “Let’s Move!” #GiveMeFive!” program on the back of Lil BUB – who despite her name is not a rap star butt rather a very special cat.  Lady M thought she might help her put some mojo back in her faltering signature project.

I’m embarrassed to say I was totally unfamiliar with this famous cat until the “#GiveMeFive! video crew showed up last week to film this promo:

Don’t worry about MO exploiting this little special needs cat - it’s actually the other way around; Lil BUB is quite an entrepreneur as it turns out, and it seems she is actually punking Lady M’s #gimmefive for her own personal gain. 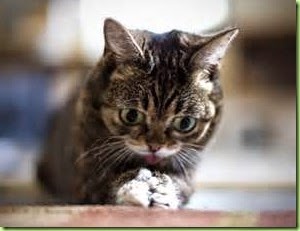 You can read more about Lil BUB, the amazing dwarf cat, here, or watch this short chronicle of her life overcoming multiple adversities.

Born with multiple afflictions including extreme dwarfism, Lil BUB has spent her life overcoming these disadvantages – just like Lady M has, only without the benefit of an Ivy League degree or a single government program.

In fact Lil BUB has a lot of things in common with Lady M besides them both being accomplished females who’ve had to overcome many obstacles. In Lil Bub’s case this included a multitude of genetic anomalies including extreme dwarfism, which means her limbs are disproportionately small relative to the rest of her body which causes difficulty when moving. And while Lady M doesn’t suffer from dwarfism, she is familiar with disproportionately sized limbs and the resulting difficulty in moving around. 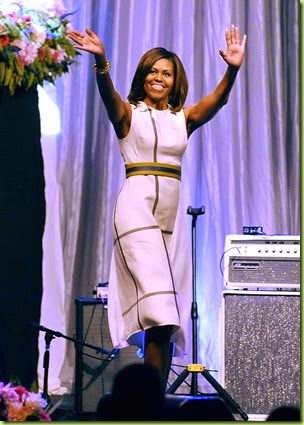 Additionally, Lil BUB’s lower jaw is significantly shorter than her upper jaw, and her teeth never grew in which is why her tongue often hangs out. 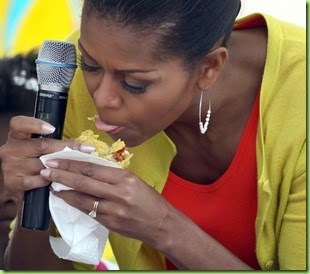 As a result of their fame, both have made some of the same friends:

They have both written books: 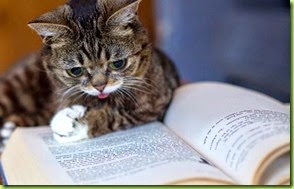 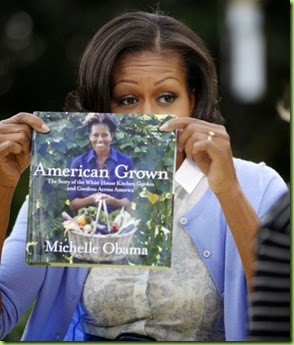 Yeah, I don’t  know who wrote mine either.

And while BRF (Bitchy Resting Face) is not one of Lil BUB’s afflictions, she has been on the other end of “that look” from Colonel Meow, who does:

Who is that grumpy cat and what’s she doing here?

And they both know what it’s like to be attacked by giant puppets: 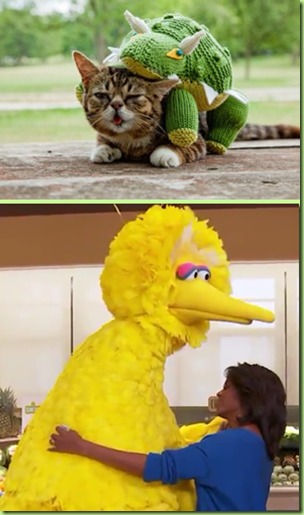 So the moral of this story: never underestimate what someone can accomplish. Just because they come from humble beginnings and have many obstacles to overcome doesn’t mean they will not be able to do great things. In Lil Bub’s case, she rose above being born the literal runt of a feral litter in a tool shed in rural Indiana to become a published author, a talk show host, a movie star, and founder of a Fund which has raised $200,000 for animals in need.

As for Lady M – well, telling people how to move and what to eat is good too. 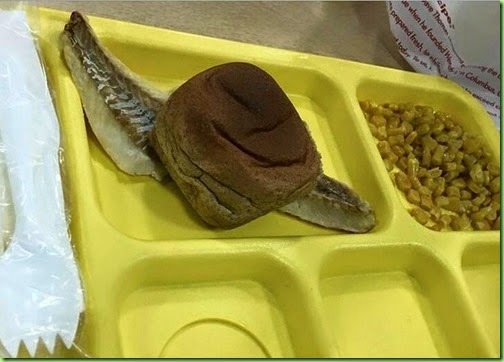 Ooooh ick! I wouldn’t feed that to my cat! 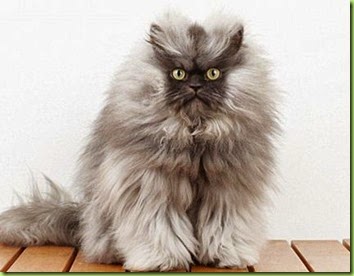 The above PSA was brought to you by Colonel Meow, the grumpiest cat on the planet

That deformed creature really creeps me out.

So does Lil Bub.

LOL. That was surreal. MO is sure enjoying her ‘day in the sun’... I can’t wait until she’s an ex first lady.

Knowing her crying need for attention (without ever having DONE anything to merit attention), I am sure she’ll be JUST as much in the ‘news’ once out of the WH, as she is now.

Can’t they just GO AWAY!

Lil’ Bub, with dwarfism, interviews fist mooch, with gigantism, and outclasses her.