We experienced another historical first at yesterday’s National Prayer Breakfast. In this, the sixth year of the Age of Obama, the Dali Lama attend the event for the first time. 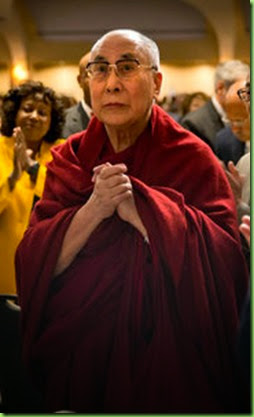 The Dali Lama, legitimate spiritual and political leader of Tibet 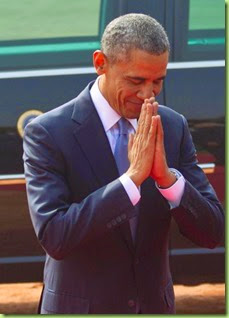 The Barry, political, spiritual and material leader of America

By doing so he shed the historical separation of church and state in order to deliver a sermon on his mount (aka “high horse”). 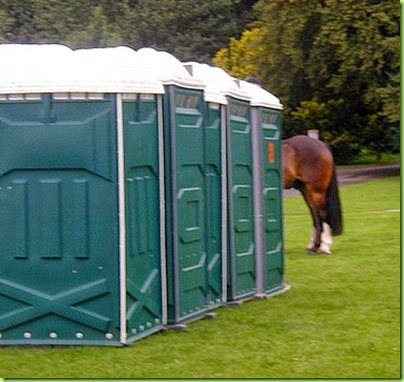 In the past, Presidents have always attended the Prayer Breakfast butt left the spiritual homilies to the ministers, priests, rabbis, and more recently, Imams. This year however Big Guy took to the bully pulpit having decided that he and he alone was qualified to address the sticky wicket that is Islam.

So while Jordan’s King Abdullah II was delivering this message about the evil of ISIS:

“This is a war the world cannot afford to lose. But to win it, all of us must be in it, to stand as partners in the fight against today's threats and to go beyond, to build the conditions for humanity to live together in peace.”

Our self-designated spiritual leader was preaching to his congregation that we had to…get off our high horse? That’s right: in his best professorial tone Big Guy lectured us about all the atrocities committed in the name of Christ from the Crusades thru Selma:

“Humanity has been grappling with these questions throughout human history.  And lest we get on our high horse and think this is unique to some other place, remember that during the Crusades and the Inquisition, people committed terrible deeds in the name of Christ.  In our home country, slavery and Jim Crow all too often was justified in the name of Christ.” 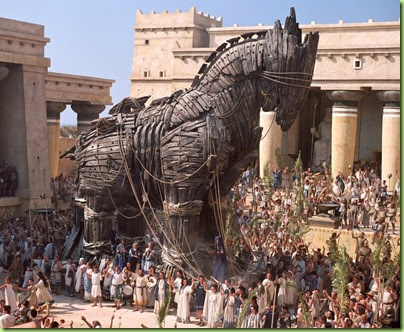 My, that’s a really high horse!

He attempted to stay above the fray by cloaking himself in the arrogance of moral equivalency butt the mumbo-jumbo didn’t play well to the crowd of mostly moral absolutists. They were a bit too rigid and inflexible to  grasp his 1000 year old straw men arguments, and even if they did, felt his thesis paled in the face of the absolute evil in the here and now. 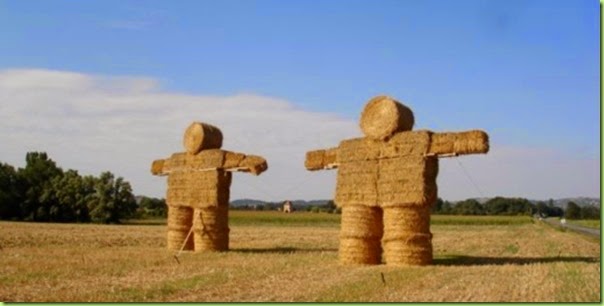 And I’m fairly certain that it was the Christians among us who fought for the abolition of slavery in both Europe and America, not the Muslims who, last time I checked, still practice slavery around the world. Butt I guess we’re to ignore that, along with the routine beheadings, crucifixions, tortures, mass killings of civilians, burying children alive and tossing of gay men off the roof of buildings because, well CRUSADES!

So I think I agree with Big Guy: get off that high horse of yours. 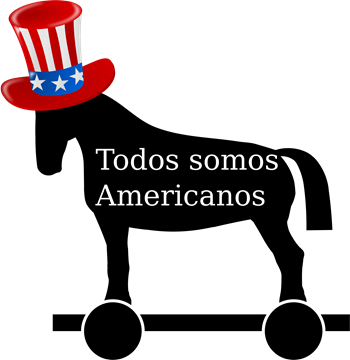 “We are all Americans”

In all likelihood it’s a Trojan Horse anyway.

Furthermore, if Big Guy wants to continue to deliver sermons from his mount - 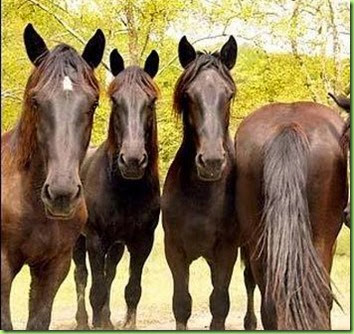 No disrespect intended to horses asses

I would like to respectfully suggest that he resign his commission and take his preaching to the streets he came from. He could team up with the Reverend Al and practice what he preaches for profit. Of course they’d have to straightening out that little tax misunderstanding with the IRS first; you know, everybody “pay their fair share.” 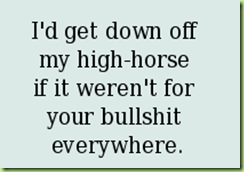 I’m sorry. But I have to draw a line somewhere. The very mention of Obama and something “Sermon on the Mount” is highly insulting to me. Just call a spade and spade and be done with it. There is no need to invoke this kind of comparison. It is ludicrous.

Pardon my language but I am so outraged about that friggin president and his friggin lecture about the Crusades at his friggin bastardized prayer breakfast, I can barely express in words here. I may come back.later with more articulate thoughts.

Make no mistake, he knew exactly what he was saying, who he was saying it to and for him it was exactly the right time to say it to inflict the most effective insult possible. He did the same thing to the SCOTUS, scolding them to their face (during a SOTU I believe) there by inflicting the most maximum insult possible. Anybody that thinks this was just a ham handed, bungled mistake on his part is naive IMO.

I wish the Dali Lama, would have slapped him in the back of his head!

i think the point is to mock his arse-holiness.

“And waters of abundance are drained by them.”

Obama is the Gary Glitter of presidents. He appears to have it all but it is all going to come apart.

I am starting to wonder if this guy has advisers at all. Or, they are so afraid of His Arrogance that they will not give him real world advice to counter his delusions.

Does not bode well for the country.

This president seems to be very arrogant. And I’m sure he is surrounded by yes men. Probably nobody has the guts to say to him that actions of his provoke bad reactions. Loyal liberals who work for the president think they are smarter than everyone else. That hubris reeks from the president and everyone in his administration.

I realized that. The point is that there isn’t even a point anymore connecting this Muslim with anything Christian - it just isn’t true, despite the few times (on one hand he’s been to a Christian church to attend services).

He’s a Muslim, period. He’ll go to any length to make this country seem Muslim friendly because that’s what he wants - Islamic America. We’re better served comparing him to a desert camel jockey who has a penchant for goats, frankly.