Wow, there’s a whole lot of B-slapping going on here: In his interview with Megyn Kelly, Sheriff Clarke takes the back of his hand to Ricky Holder (AG, USA), Congressman Al Green (D, Texas), Big Guy (D, WORLD), and Al Sharpton (A-H at large). Compare this clip with the Standup for Hillary video (alternate title: “Burn this B***h Down”) and tell me: who would you vote for?

Butt let’s focus on Eric Holder, our Attorney General who’s been “B-Slapping” Americans of no-color around since he arrived on the scene six years ago. Now, it’s finally your turn; I hope you enjoy my all new POS (Post Obama Syndrome) Therapy® - Eric Holder edition!!

If you’ve already taken advantage of my free POS Barry Therapy®, or my Post-Obamacare Syndrome Gruber Therapy® no further instructions are required. If you’re new to my clinic, the therapy sessions are easy and free (unlike ObamaCare). It requires no previous experience, very little knowledge, has no rules and the objective is purposely unclear – just like being a Community Agitator! 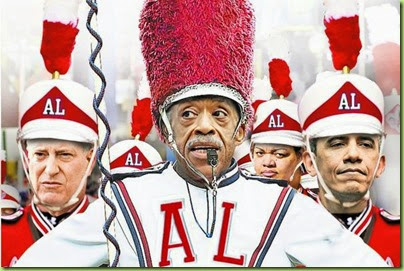 For immediate relief at any time (the clinic is open 24-7) here’s all you have to do:

No prescription is required and treatment will be available whenever you need it. So for those of you who qualify, go ahead and exercise your white privilege. See if you can put the points of those stars where they’ll do the most good.

Like stupid, you can’t fix race baiting; butt you sure can fling it around

POS Holder Therapy: reparations for the rest of us

CAUTION: Use only as prescribed. This IS ADDICTIVE!

I thought this turd, Holder, was going to resign. What the hell is he waiting for?

That is some stank, man.

So much so, that even Holder's trying to keep it from leaving his body.

This guy is ON THE MONEY!! After the 2010 election Obama and his cronies knew they had a problem. Their solution was two-fold: 1) use the levers of power (IRS) to clamp down on the opposition’s funds and ability to campaign; and 2) stir up the base with class warfare, hence was born “Occupy Wall Street” and the 1%.

Here we are again. Another election shellacking and the strategy for nullifying the election is two fold: 1) simply replace the voters with new one’s by importing a foreign country who will vote for you by executive amnesty; and 2) Occupy Wall Street Part II, the version that adds the racial component.

Anything and everything to distract from the failed policies that have lead us here is in play. Welcome to the prelude to the soon to arrive civil war.

4 posted on 12/05/2014 7:02:53 AM PST by FlipWilson
[ Post Reply | Private Reply | To 1 | View Replies]
To: FlipWilson
This is O'Bunghole's final play—to complete the final destruction of America by flooding us with millions of smelly chunks of ignorant human garbage, and sparking a racial war.

Stringing this dirtbag up by his testes (or at least where they should be!) and flaying him with hedge scythes would be too good for him. He doesn't deserve that compassionate a form of treatment...

The Sheriff was impressive. Sadly the most common sense I’ve heard from a black man on television in quite a long time.

Thank you for the post, and thank you Sheriff!