Caught: Mary's (Landrieu's Chief of Staff says if re-elected she will vote with Obama) 97%
https://www.youtube.com/watch?v=9kmmpWSXNsA ^

Black Conservatives Fund obtained video footage of Mary Landrieu's Chief of Staff telling an all-Democrat crowd that Mary Landrieu would in fact keep voting with President Barack Obama 97% of the time if she is reelected.

And this is a surprise to who exactly?

When you put lipstick on a pig, isn’t that all about deception? This Mary Landrieu should not fool the Louisiana voters any longer. They don’t call her Miss Piggy for nothing.

Not a surprise to anyone - nor are any of the things we’ve seen on video from Dr. Gruber either.

But is sho is fun to catch liberals telling the truth.....which they ONLY do to a handful of supporters when they’re not thinking about the cameras rolling....

Washington DC resident Landrieu will soon be able to dispense with all that Louisiana stuff and get on with her life.

Good. Now, put this video into a commercial and run it - put more nails in the coffin of Landrieu’s career.

She is dead woman walking

The Louisiana Porker is all sauced up and ready to serve !!! 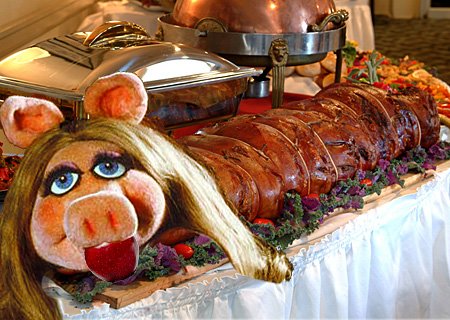 She can dismiss this by stating it’s not her but an overzealous staffer. But it still makes a great political ad.

I do believe she’s toast. I look forward to her demise.

Yeah, there's that. Plus, she can always alibi that any issue she's confronted with will be one of the 3% on which she will not vote with Obama. Pretty useless.

Guess all those 'stupid' American voters will fall for it, though. (Right, Gruber?)

they elected her in LA before...

though I do believe she is toast now.

No surprise. This will not hurt Senator Thunder Thighs. People’s minds are made up as to who they want to win next Saturday. This is just an attempt to GOTV in Chocolate N’yawlins.

There is a LOT MORE here than meets the eye. The ONLY REASON the Dems are still competitive at the Senate level is because of the 6-year terms. Manchin got in that way, he had legitimate conservative credentials when he ran (people here were saying his victory was almost as good as a Republican winning that seat) - but once there, especially for the 6-year term, he immediately signed on to the first gun control bill he could find - after having supported Obamacare.

The bottom line is that PARTY AFFILIATION is, by far, the best indicator on how a Senator will vote. It even trumps their entire career. We need to fight them on THAT BASIS, not at an individual basis. If Manchin wins, Obama gets his votes (at least on the important issues), and that will ALWAYS be true as long as he has a “(D)” after his name.

As it stands, seven days remain to the end or not of ‘dah blond from dah chawk-lit ci-tee’ reign in Louisiana.

She is done! Stick a fork in her. She should go into Lobbying (as if she ever stopped).

“The bottom line is that PARTY AFFILIATION is, by far, the best indicator on how a Senator will vote.”

Only for Democrats.
RINOs will always stab in the back the conservatives who elect them.

Couldn’t agree with you more after watching conservative Democrat Ben Nelson and Bob Kerrey breaking rank with their conservative Republican brethren only to vote with their party (Democrat) to give us Obama and Hillary-care. Conservative my ass, that’s why old Ben and Rocking Bob didn’t run for re-election because they’d get thrown out on their conservatives asses.

Rocking Bob came back a couple years ago and was beaten pretty handily.

“Couldn’t agree with you more after watching conservative Democrat Ben Nelson and Bob Kerrey breaking rank with their conservative Republican brethren only to vote with their party (Democrat) to give us Obama and Hillary-care.”

EXACTLY and very sad. These were LEGITIMATE Moderates, but when their votes were needed by Obama and Pelosi, they were with them. On our side, our ‘moderates’ will simply give conservatives the finger, as they have many, many, times.