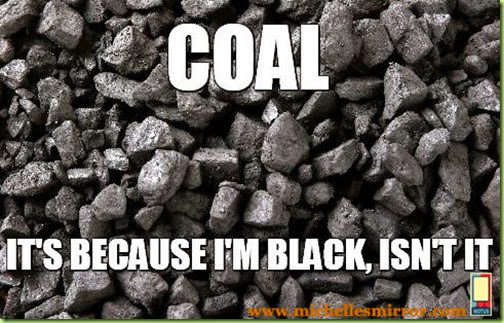 I see that both the Farmer’s Almanac and Joe Bastardi (the other Joey B) are predicting another El Nino winter, which means a stormier and colder than normal winter, especially along the east coast. That could prove to be a bit of a problem since power companies apparently took Barry at his word that “if somebody wants to build a coal plant, they can — it’s just that it will bankrupt them.”  So they didn’t. And they’re closing the coal plants they do have:

“In order to comply with the new Obama era EPA regs, American Electric Power, which supplies a major portion of the electricity used on the east coast, will be closing almost one quarter of their coal fired plants between now and next June. This is because they were economically unable to come into compliance with the new regulations in the impossibly short window of opportunity offered by the EPA. This is going to reduce the total surge capacity available for some of our most densely populated areas just when we may get hit with weather related demand spikes beyond anyone’s control.”

If that sounds scary, it is. According to the other Joey B, we were within one power plant last year of having the grid overload.

Butt I have good news too: thanks to the hard work of lobbyists for the insurance industry and Big Farming, Congress has provided for the American taxpayer (an endangered species) to help fund the growing of corn. And this year’s corn crop is shaping up to be a record harvest! So maybe we can convert all those abandoned coal plants to run on cornohol, at 5 times the cost of coal; tell me that’s not a win-win for Big Guy’s team! 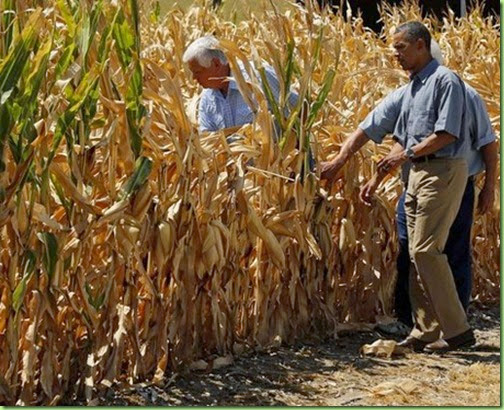 And speaking of corn, that reminds me of flyover country - which is exactly where I am right now! 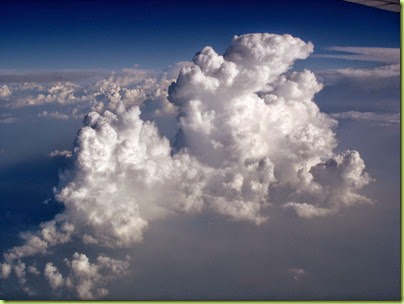 Oh look! That must be Michigan down below!

I’m scheduled for my annual systems check and update at Hill Air Force Base in Utah next week and since the Wons need both Air Force Won and Air Force Won Too for shuttling various relatives, friends, acquaintances, Little Bo & Sunny and minor government functionaries back to Washington today, I’m flying commercial.

Butt guess who’s sitting right in back of me! Mia Love! Honest! I didn’t wish to intrude by asking if I coul transimaging her, butt trust me, it’s definitely Mia: 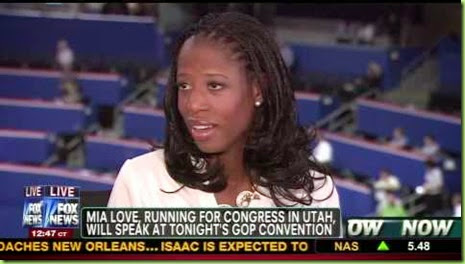 And in case there was any doubt, I can tell it’s her by the way the entire flight crew is fawning all over her. She’s obviously one their favorite regulars.

And she seems just as nice as you would have expected. She’s running for Congress again this November and I think she’s got a really good chance. Since she seems right at home in flyover I’m rooting for her. 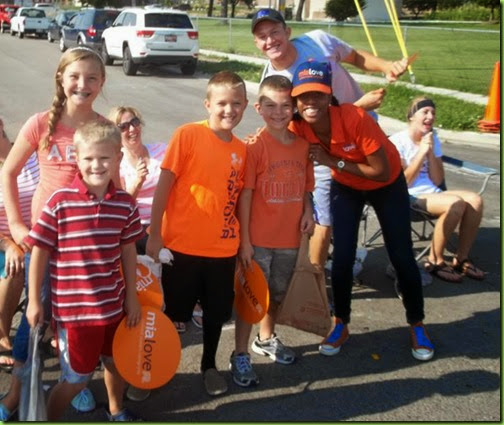 So that’s the highlight of my trip so far. If you happen to be sitting next to me - either by the window or the aisle - please don’t give me a harsh stare as I try to contort my rather rigid frame to conform to the space allocated to the middle seat. And don’t offer to buy me a drink either -  I’m not allowed to accept gratuities. That’s way above my pay grade. That privilege is reserved for presidential appointees.

So I’m going to be a bit jet-lagged and time zone challenged for the next few days, please bear with me. I will do my best to report any breaking news from any of the hot spots around the globe created by Big Guy’s leading from behind. And that included Ferguson, MO as the “Gentle Giant” is laid to rest by Presidential appointee, Al Sharpton, Chief Purveyor of Racial Justice. Now him - you can buy a drink. 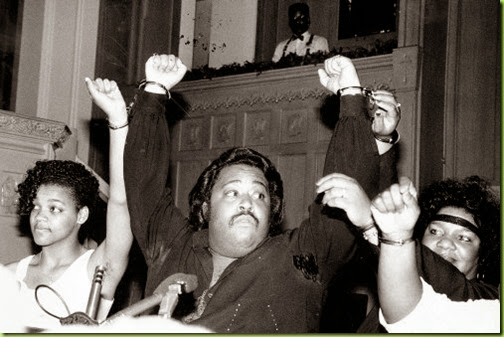 The Reverend Al: pimping for racial justice since 1987

Meanwhile, as a very early Labor Day is right around the corner, enjoy what’s left of summer; butt remember to wear your sunscreen: 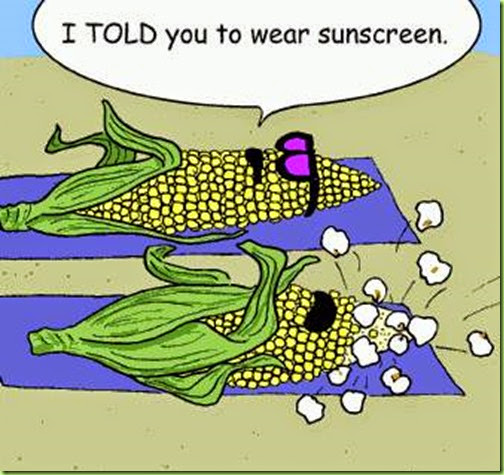 Coal. Communism. So we can all be EQUALLY cold and miserable!

In Zimbabwe at least its warm year around, not so New England.Obama’s Faculty lounge did not major in geography or climate.

the peasants (myself included) are going to be heating their homes with clay pots and tea light candles, until the govt figures out a way to regulate and tax candles!

Scene from BECKET. King Henry has been soaked in a rainstorm and goes to a peasant hovel.

Henry: GIVE ME FIRE AND WARMTH!
Becket: You will find no fire here sire.
Henry: And why is that!
Becket: Every hovel is allowed two measures of wood a year. One stick more and they are hanged.
Henry: My Edict?
Becket: Your edict sire. That must be it.