“Cold hearted Orb that rules the night…butt we decide which is “right” and which is illusion.”
Michelle Obama's Mirror ^ | 8-11-2014 | MOTUS

Good Morning. Did everyone enjoy the SuperMoon last night? If not, Big Fur Hat at iOTW has recreated it for you here. Apologies in advance.

And speaking of big butts, 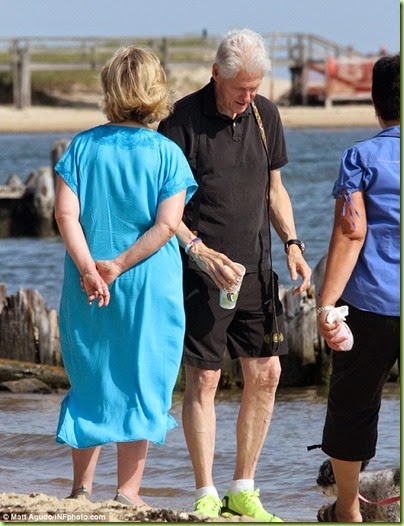 I see that Hillary is trying to haul hers out of deep crevice by distancing herself from Barry’s failed Peace Policies in the Middle East:

Clinton attributed the rise of jihadists affiliated with Islamic State of Iraq and the Levant (ISIS or ISIL) in Syria to the White House's "failure" to do more to back other rebels who have been fighting the regime of Syrian President Bashar al-Assad since 2011.

"The failure to help build up a credible fighting force of the people who were the originators of the protests against Assad—there were Islamists, there were secularists, there was everything in the middle—the failure to do that left a big vacuum, which the jihadists have now filled," Clinton said.

Well thanks for that insight; too bad you didn’t have it at the time. Oh wait…what?! You did!?

In the Atlantic interview, Clinton noted she "advocated" doing more to support a "core group" of Free Syrian Army fighters opposed to Assad. She argued this would have, potentially, helped oust the Syrian leader and would have given the U.S. better knowledge of the situation in the country.
Read more:

Too bad she didn’t mention that at the time. Oh, and speaking of other things she failed to mention at the time, there’s this about Iran’s nuclear program – she didn’t agree with that either: 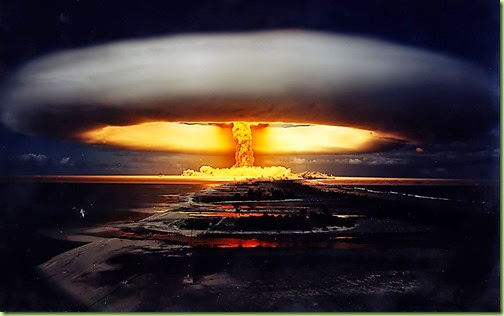 A right to the Big Portabella (h/t Dennis Miller)

Yeah, the right to enrich is reserved exclusively for our political class.

And finally, with a shot at Big Guy’s fundamental philosophy, Hillz said this:

Although I would say that if we would stick with that principle we would be in much better shape.

Then Hillz added that her own “organizing principle” is: “Peace, progress, and prosperity.”

Not to be picky, butt that sounds a lot more like a campaign slogan than an organizing principle.

In fact, I think it was one of Barry’s. Butt hey – what difference at this point does it make?

Looks like some moody blues walking around that beach…

Kind of like a call to face the music of days of passed.

5 posted on 08/11/2014 5:29:25 AM PDT by no-to-illegals (Scrutinize our government and Secure the Blessing of Freedom and Justice)
[ Post Reply | Private Reply | To 4 | View Replies]
To: NOBO2012
"Who decides what is right and what is an illusion" is the next line in that very beautiful poem that ends a Moody Blues song. hillary doesn't get to take what happened and turn it into her illusion. We can't allow it.

She's saying that giving more arms to rebels, arms that ISIS now has would've made the situation less horrific? How about advocating what is right, admit the horrific mistake in arming people to topple Assad, and helping undo the demage by vaporizing ISIS?

It's upsetting when an excellent Moody Blues sign is contaminated by being in an article about hillary. It's the best of the 1960s (Moody Blues philosophical rock) and the worst of the 1960s (hillary's self-centered ivy league attitudes) on the same page.

So did “cold hearted orb that rules the night” in the title refer to the super moon or Hillary’s butt?

Thanks for the video ... Guess the time is coming, once more, for when the truth is spoken by a life that life will be crucified. At least on the train ride if they don’t simply shoot us or cut off our heads we shall have fond memories and greet the other side Praising God. Nope ... they will probably have to shoot most of us ... LOL. We are going to give them one heck of a fight though and who knows ... we might even win.