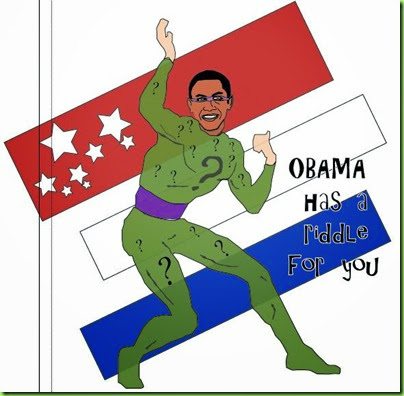 That’s right, after that he-man work out at the gym yesterday,

What the heck, it’s worth watching again.

BHO’s all pumped and feels like playing a little “Mr. Mysteriouso” mind game with you. So he’s authorized me to present this riddle on his behalf:

Q. What do the five recently released Taliban leaders have in common with the leader of the free world?

Don’t be hasty, all of the most obvious answers are wrong - well, probably not technically wrong, just not what we’re looking for in this riddle. Ready?

A. Now, just like Obama, if pesky laws prevent them from doing what they want, they can still get it done with their pens and phones. 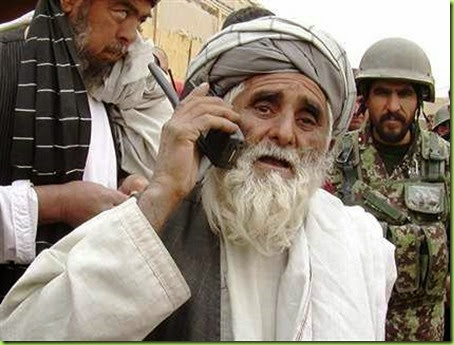 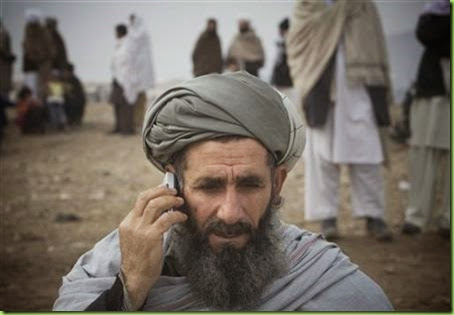 I’m all over it boss.

Meanwhile the Riddler himself trains future terrorists in the fine art of Constitutional transformation. 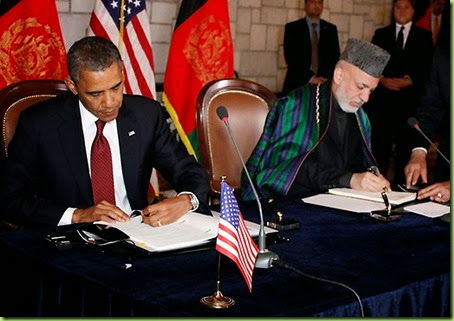 “See Hamid, no matter what it says, it’s easy to change if you’ve got one of these Obama pens.”

“Uh...they all want to destroy America?”

If we had sent six terrorist leaders instead of five, I would be celebrating this as a brilliant move that might save America. Unfortunately, the most senior terrorist leader is still in our White House.

Is that workout video real? No wonder he wears mom jeans and needs a bike helmet.

They are all Sunni Muslim.

They were all born into the Muslim religion.

Islam looks at the religion of the father, while Jews look at the mother.