What if we’ve been wasting our time all these years?

What if Lady M’s obsession with healthy eating:

And her seemingly endless tireless appearances to promote Let’s Move!

in order to ensure No Child’s Fat Behind! 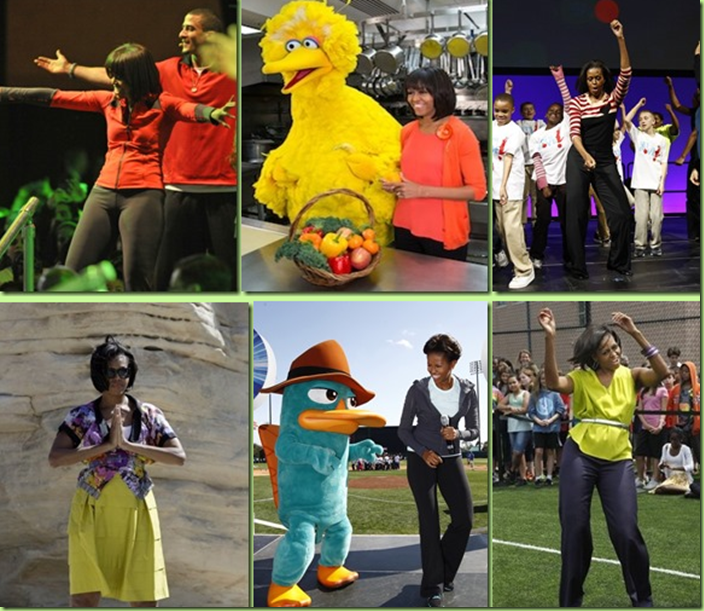 were all just misguided efforts? What if little black girls grow up to be obese not because of what they eat or what physical exercise they do or don’t do? What if obesity isn’t related to healthy living at all, what if it’s actually caused by…racism?

That’s right; racism. That’s how things are shaping up. You see, ever since Boston University got funding in 2012 to do a study that determined 4 out of 5 black women are overweight they had been frantically seeking additional federal research funding to determine the cause of this calamity. Fortunately they got it (thank you U.S. tax payer!) last year and were able to continue their very important, highly scientific study that has determined that one of the leading causes of obesity in black women is – you guessed it – racism!

The findings, which currently appear online in the American Journal of Epidemiology, found the relationship between racism and obesity was strongest among women who reported consistently high experiences of racism over a 12-year period.

I don’t know how the study defined “racism” butt if it’s anything like how Chris Matthews, Al Sharpton and Rachael Maddow define it, we might want to stop right here and move on to more important news. 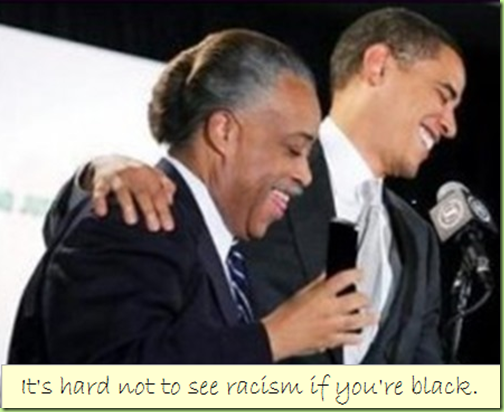 Absent that, let me share a few concerns that I have with this well-funded research study:

Epidemiological studies rely on data that is self reported. This can create any number of problems, one being “recall error” which is related to butt not necessarily the same as lying. The corollary of Inconvenient truth #1 is:

For example, just because 4 out of 5 black women are overweight, get their nails manicured and wear wigs, it doesn’t mean that manicures and wigs make them fat. Although with the proper funding I could probably produce a “prospective cohort study” that proves they do. That’s how post normal science works:

According to the "inventors" of PNS, Silvio Funtowicz and Jerome Ravetz, it is supposedly a scientific method of inquiry appropriate for cases where "facts are uncertain, values in dispute, stakes high and decisions urgent." What they describe however is more accurately recognized as politics than science, which is precisely the point: In postmodernism, everything is politics.

Butt I digress. Let’s get back to Lady M: now, in addition to promoting healthy eating and exercise, in order to wipe out childhood obesity in one generation she’s going to have to wipe out racism too! Wow. We’re going to need a whole lot of new clothes, and props, in order to pull that off.

So in another historic first, Lady M kicked off a huge cross promotion this week with two of her Big Corporate Let’s Move! partners, Disney and Subway. They will be teaming up to launch Subway’s sure-to-be-a-hit Pile on the Veggies campaign aimed at children and designed to wipe out racism in just one generation, or something. 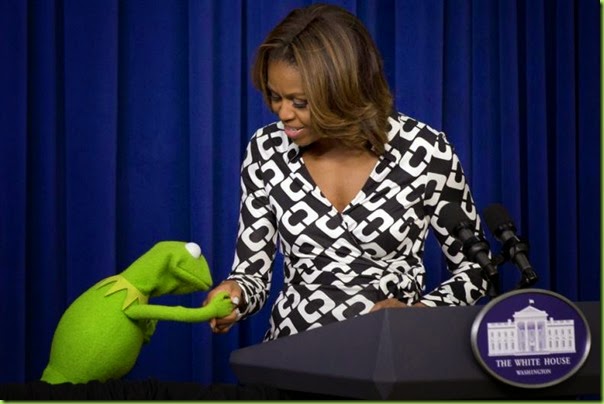 Look Kermit, if you think being green is tough, you ought to try being black!

So thank your lucky stars, kids, that you’ve got plenty of healthy kale chips to eat: 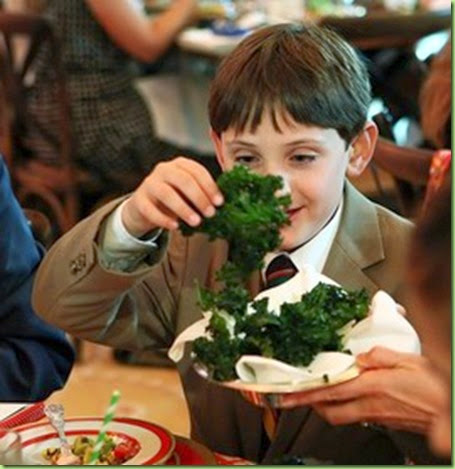 Because right now, somewhere in this country, there’s a black woman who doesn’t have any kale and is being forced to eat Cheetos and potato chips because, RACISM.

Subway’s Pile On The Veggies mascots; cute, butt next time make sure you find a black sheep.

We do not live in the real world when liberals rule, except for the world exploding around us due to Democrat weak leaders.

Since black women are told from birth they are victims of racism then I bet that at least 99% of all black women polled would report that they have been victims of multiple instances of racism. Thus, you could corrolate ANY phenomenon regarding black women to racism. What a totally bogus study.

Yeah, racism. I guess that’s why all those white folks in Appalachia, Arkansas and Oklahoma are obese, too.

The “study” cited is obviously picking up on “poverty” (such as it is in the U.S. where, homeless madmen aside, our “poor” are pretty much all what in global terms is middle class, and in world-historical terms would be moderately rich).

Correlation does not equate to causation.

This useful idiot “reporter” probably knows that, but is hoping you don’t. That way the propaganda and the push to take your money at the point of a gun to fund further such “research,” and to correct the “cause” of this grave health concern with further oppressive regulations, will meet less resistance.

To not be able to see Mooch-elle’s huge posterior and to not suggest that Her Royal Hind-Ass get on a treadmill instead of a vacaton flight, is incredible.

There must be no mirrors anywhere in our White House if this large, overweight woman cannot see how hypocritical she is.

According to the CDC blacks and latinos have the highest ratio of people who are overweight or obese (also diabetes)per capita in their own group. Note: the government groups people by race/ethnicity for these statistics.

This has more to do with culture. Food is a big part of culture. In the same way that Southern people have higher incidence of overweightness, obesity etc ... because of the culture of food. In Asian cultures there are far fewer overweight or obese people per capita within that grouping, again due to their food culture.

Around the world there are some cultures who have lower rates of overweight and obesity than others. Their diets have been studied for years (for example, the Mediterranean diet)

The reason why this has to be found to be about racism is because under Obamacare, being overweight or obese is very soon going to be used as a marker to raise premium rates (like smokers pay now). There has to be a way to exclude certain minorities from these higher premiums.

Someone please remind me again of EXACTLY what ws the topic of Michelle Obama’s college thesis?

Tell me again how much she hates America!!!