Nobody in Washington even saw it coming! Winter, I mean.

“Surprised by how tough this winter has been? You’re in good company: Last fall the Climate Prediction Center of the National Oceanic and Atmospheric Administration predicted that temperatures would be above normal from November through January across much of the Lower 48 states.” 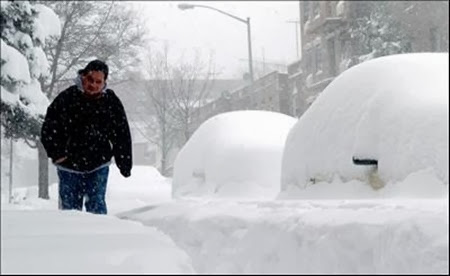 If I’d known it was going to be so cold, I might have signed up for Obamacare, or at least bought some gloves.

In fact, your Government completely mis-predicted this winter’s weather.

The center grades itself on what it calls the Heidke skill score, which ranges from 100 (perfection) to -50 (monkeys throwing darts would have done better). October’s forecast for the three-month period of November through January came in at -22.Truth be told, the September prediction for October-December was slightly worse, at -23.

That’s about the same as the average temperature across much of the Midwest and Northeast for the same 3 month period. Apparently this problem was caused by a familiar Washington hob-goblin:

“The main cause in both cases was the same: Underestimating the mammoth December cold wave,” 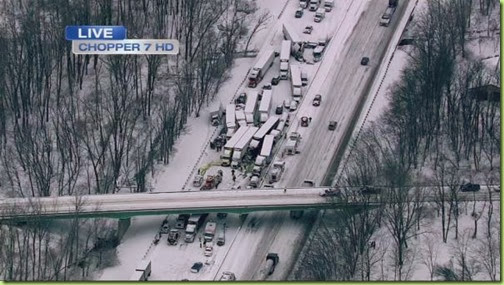 in which case it’s about as funny as a 40 vehicle pile-up. Or an icy Atlanta road inundated with recidivist ice. 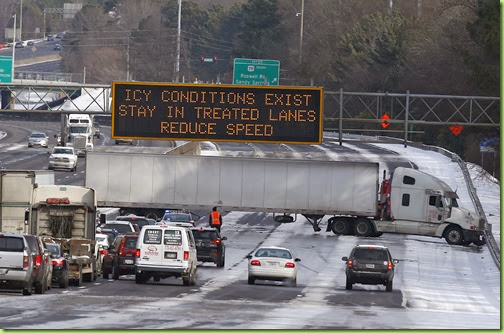 Butt not everyone mis-underestimated this winter’s velocity. Do you know who got it right? The dumb, old fashioned, un-scientific (by post-modern science standards) predictable Farmer’s Almanac, that’s who. 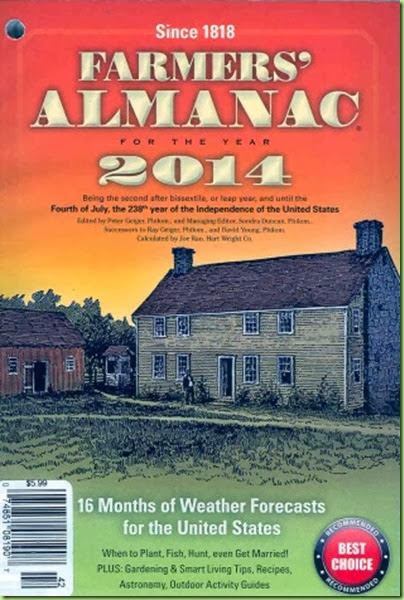 Nor did it take long for the more sophisticated prognosticators at the Washington Post to have a field day when the Farmer’s Almanac’s predictions came out last August - probably because they had already read the official Government  Forecast for the Winter of 2013-14:

“The Farmers’ Almanac is generating a tremendous amount of buzz around a “C-O-L-D” winter forecast.  And it’s ratcheting up the hype by forecasting a “Super Storm” for Super Bowl XLVIII at the Meadowlands in New Jersey.  But its forecast is baseless and lacks credibility.” 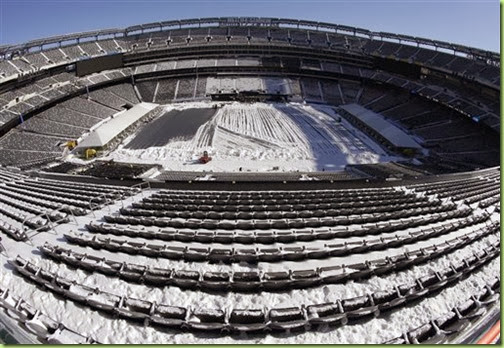 The Meadowlands, just ahead of Super Bowl Sunday, filled with baseless hype that needs to be removed.

What a hoot, no? The dumb old Farmer’s Almanac predicted a cold winter! When just about everyone knows we’re immersed in global warming. Is everyone LOL yet?  The WaPo surely was; they continued their mockery of “the old ones’ ways.”

“If you believe it, residents of the Plains to the Mid-Atlantic and Northeast may want to start stocking up on warm weather gear, snow shovels, and salt right now! The Farmers’ Almanac is calling for a “bitterly cold” winter for much of the region.

Yes, the Farmers’ Almanac believes that the ‘days of shivery’ are back, says the Farmer’s Almanac press release.

Take the Almanac with a huge grain of salt.”

Salt Piles, awaiting clearance to be shipped to the Eastern Seaboard

Do so at your own peril I’d say. And by the way, I understand there’s a huge demand right now for road salt. I hope Homeland Security releases it soon.

Finally the WaPo “Capital Weather Gang” wrapped up their August article with this huge heresy:

“Let me state emphatically that no one – with any degree of accuracy – can predict the specific days when cold snaps or storms will occur months in advance.”

Oh sure, I hear the critics now: “Weather and climate are two totally different things, MORON!” Which always makes for a fun argument on the blogs, however, I should note that the government’s official winter forecast – which cost way more than the Farmer’s Almanac’s - was not based on short term weather forecasting models, butt rather the same type of long range climate models that they use to develop their long term “climate change” forecasts.

Tsk: that’s not so good for the would be masters of the universe who would have us hand over the keys to the kingdom to the United Nations in order to redistribute the carbon credits that made Al Gorlione so rich.

So what’s the take away from today’s lesson? It’s a riddle:  Who can you trust: a) your Government (If you like your plan, you can keep your plan. Period.” or b) The Farmer’s Almanac, who just predicts the weather for fun and a little profit? 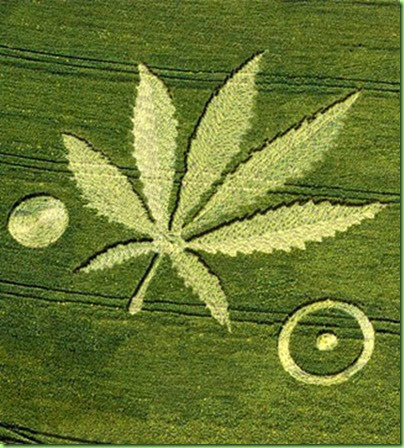 Before I go, here’s a quick look at what’s ahead for the rest of the week:

But that won’t stop the NWS to predict tons of hurricanes and tornadoes again, when the last serious hurricane year we had was 2005 and last year was a record low for tornado activity. Gotta keep their fat paychecks coming from the taxpayers, you know.

I predicted relative mild by the (perceived) height of the nests ... mid to high range

Joe Bastardi of weatherbell.com nailed this winter’s forecast back in the fall. I always trust my Farmer’s Almanac.... they not only called it but had most of the days called exactly right ( at least for my part of the woods)

In other words, the Farmer’s Almanac is sometimes better, and sometimes worse at predicting the weather than the expensive, “sophisticated” models now in use.

Weather forecasting is usually pretty good within a 2 day span of time. Beyond that, my knees do a better job of predicting the weather.

8 posted on 02/20/2014 8:08:48 AM PST by I want the USA back (Media: completely irresponsible traitors. Complicit in the destruction of our country.)
[ Post Reply | Private Reply | To 1 | View Replies]
To: ohiobuckeye1997
Joe Bastardi of weatherbell.com nailed this winter’s forecast back in the fall.

We always get a Farmers Almanac every year and its almost always correct.

I think its gotten pretty good up to about about 5-6 days out in northern virginia.

No, the woolly worms were nearly solid black.

Now annoyed? That is another story.

I predict Dec/Jan/Feb will be much colder than Jun/Jul/Aug.

For the garden here, Halloween brings the first chill so start shutting things down over the next couple weeks. Never go by the “rule” of planting around the Ides of March because there WILL be a killing freeze on Tax Day.