Is it just me? I’ve noticed a distinct slump in Team Obama morale lately: 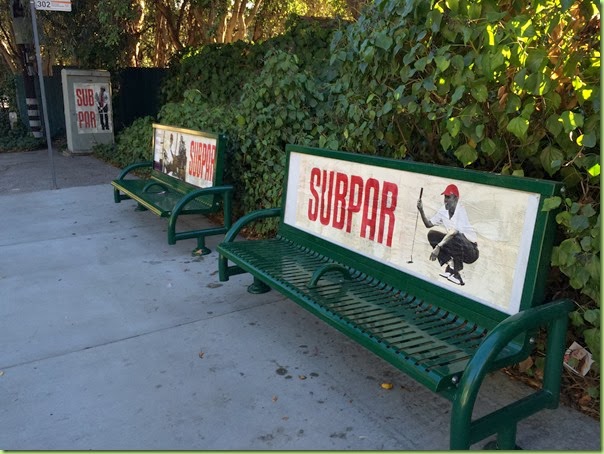 It seems that Santa Monica California, which is hosting a PGA tournament this week at the Riviera Country Club, has been photo-bombed with what can only be described as anti-Obama street art. In a simple one word message – “sub-par” – some ironic artiste papered the town with a very judgmental analysis of Big Guy’s performance to date.

Granted, “sub par” in golf may be considered a good thing (that’s the ironic part, in case you’re not paying attention) butt in this context I don’t think it means what Big Guy thinks it means. The truth is that in all other fields of endeavor - government contracting for example – “subpar” is shorthand for crappy. So how else am I to interpret this street “art” other than as some sort of major stress fracture in our esprit de corps?  What happened to our joie de vivre? We seem to be missing a certain je ne sais quoi that was a given just a few short months ago. It’s almost as if people are finally waking up from a long, 5 year bender and are surprised to find a stranger in their bathroom.

I think Gerard may have the only known cure for this serious cultural malaise - here’s a small sample from his Obamaholics Anonymous Twelve Step Program:

1. We admitted that like crazed pale metrosexuals we were powerless over Obama huffing, puffing, and fluffing — that our political lives had become unmanageable, bereft of truth, justice, and integrity.

4. Made a searching and fearless moral inventory of ourselves and saw how continually conned we were to believe that this hybrid charlatan was in the game for anything other than his own enrichment, power, and aggrandizement.

8. Made a list of 317+ million Americans we had harmed by our stupid, stupid, selfish, and -- dare we say? -- braindead votes for Obama (twice because, yes, we were just that stupid), and became willing to make amends to them all. 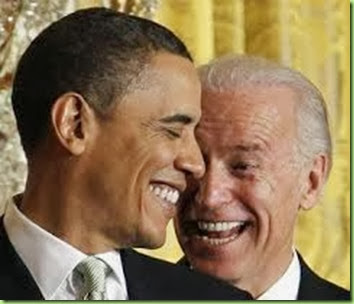 Hey, what a coincidence! I’m with stupid too!

Because it’s a 12 step program, and won’t work unless you do all 12, be sure to read them all.

And in case you need an example of what the street artist responsible for this covert campaign means by “sub par” let’s check in with the “wonkiest wonk” in Washington, Jason Furman. As you may recall, he’s the Chairman of the White House’s Council of Economic Advisers who advised us that the Congressional Budget Office prediction that 2.5 million people will leave the work force by 2024 as a result of Obamacare is a good thing because it means they will have a “choice” to follow their bliss. Sub par explanation, Jason. Period.

Or you could reference Mr, Wonky-Wonk’s “further explanation” of the CBO’s current bad news, regarding  Barry’s latest Executive Order which unilaterally (ha! remember when we used to hate unilateral?) raised the minimum wage that federal contractors are required to pay by a reasonable 40%, to $10.10/hr. While the CBO said it could result in the loss of 500,000 jobs, Mr. Wonky-Wonk disagrees:

“Our view is that zero is a perfectly reasonable estimate of the impact of raising the minimum wage on employment,”

And my view is that half a million sounds like a perfectly reasonable estimate of the impact of raising the minimum wage by 40% – butt who ya gonna’ believe – me, the non-partisan CBO or the Chairman of Big Guy’s White House Council of Economic Advisers?  And before you answer let me remind you that Mr. Wonky-Wonk went to Harvard, is friends with Matt Damon and Ben Affleck and is therefore way, way smarter than you are:

At an event late last month in Washington, Furman displayed a chart showing how food stamps and other social programs had lowered poverty dramatically over the past half century. This was a big success, he said.

But the graph also showed that the economy itself had done nothing for the poor: Only government dollars had…

“When a few of you are here 50 years from now to talk about the 100th anniversary of the War on Poverty, if they show a graph that looks a lot like that,” Furman told the crowd, “. . . we will have really failed as an economy and as a society.”

I think I will now officially lower my expectations for the results of the street artist protest movement in Santa Monica. 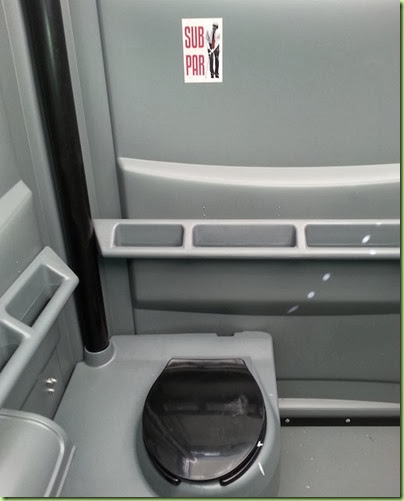 Sub Par for sure, butt what difference, at this point, does it make?

First step should be to become active in the Impeach obama movement.

Second step join the Tea Party to get educated, vote conservative and stay active the rest of your life, this will prevent relapse.

That is all, no need to get complicated!