There’s nothing quite like the holiday season in Washington! 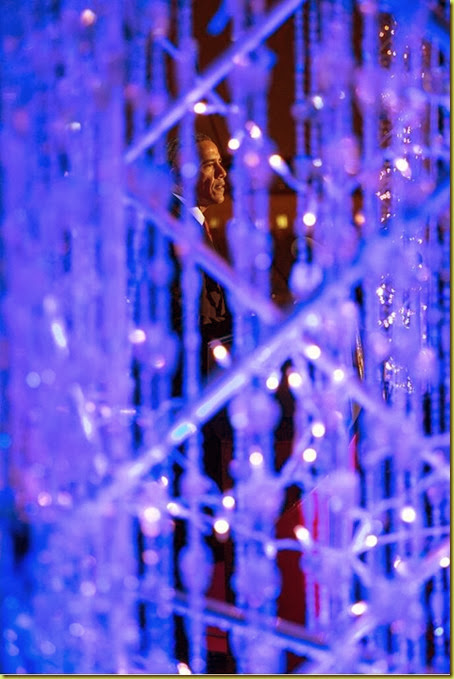 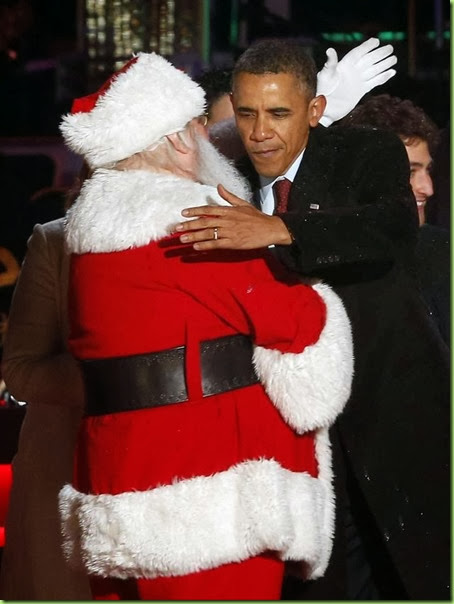 The American Santa Claus and the jolly old elf: you decide 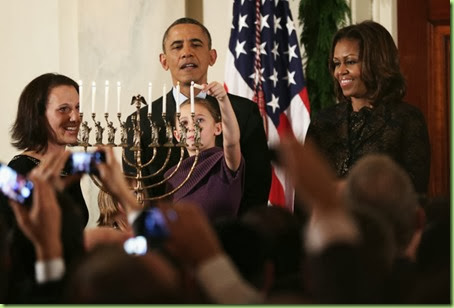 OK, so we were a day late for a proper Hanukkah celebration, butt we’ve been busy. And when it’s a “holiday menorah” the precise date is irrelevant.

And in case you missed it last night, we lit the national Holiday tree: 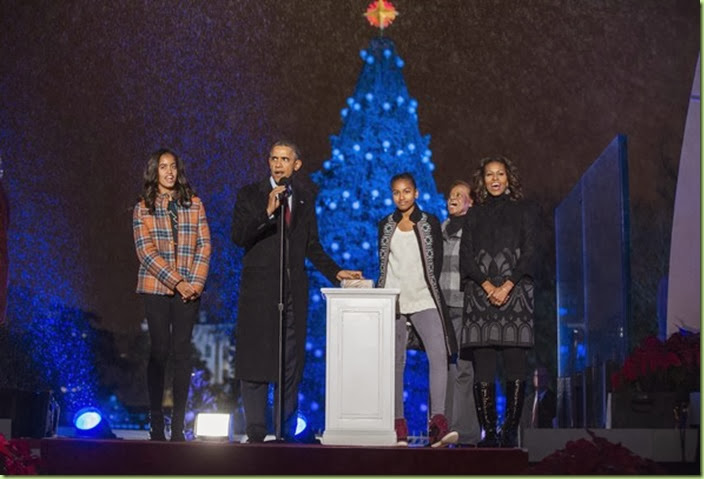 We had lots of guests, including Aretha Franklin who came as Humble Bumble from the Isle of Misfit Toys:

And Mariah Carey, who came as… 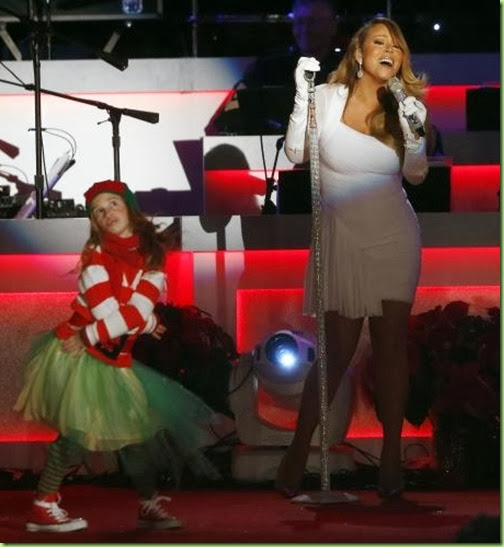 well, I’m not sure. Maybe a sack of marshmallows?

Meanwhile, our legislators were busy wrapping gifts for their constituents. Here’s Nancy Pelosi at her annual holiday news conference, promising extra unemployment benefits to all the good little boys and girls who still haven’t had any luck finding a job, lo, these many (5, butt who’s counting?) years:

""Economists agree that unemployment benefits remain one of the best ways to grow the economy in a very immediate way. It immediately injects demand into our markets and increases employment. For every dollar spent on unemployment benefits, the economy grows by, according to one estimate, $1.52; by others, $2. So somewhere in that range, but much more than is spent on it," Pelosi said.

Apparently extended unemployment benefits have proved to be so popular with recipients in the past that Nan decided to re-gift them again this year.

This gift concept originated way back in 2010, when San-Fran-Nan first told us that unemployment

“injects demand into the economy…It creates jobs faster than almost any other initiative you can name.”

And here she is at the first re-gifting, for Christmas 2011:

“The unemployment insurance extension is not only good for individuals. It has a macroeconomic impact. As macroeconomic advisers have stated, it would make a difference of 600,000 jobs to our economy.”

The super-velocity of unemployment dollars is an interesting Keynesian-lite economic theory that our regime economists have skillfully created from whole cloth scripted to be used by any of our Democratic propagandists legislators who are willing to repeat such moronic indisputable talking points. And they are legion.

(Note: all talking points memos are also handed out daily to our compliant useful impartial media. That would be everyone except Fox News.)

As Doug Powers first pointed out during the 2010 inaugural run of the unemployment multiple gifting idea, if unemployment is the best way to create jobs, our economy won’t be fully functioning until nobody’s working. And I doubt even Big Guy can accomplish that. Although I certainly give him credit for trying.

Perhaps this would be a good time to point out that SFN also believes that tax increases are spending reductions, so at least her illogical syllogism is consistent.

Oh, and for the record moron Nan, you “inject” money into the system. Demand is “created.” Butt trust me, unemployment does neither; it just redistributes what was already there. You know, “spread the wealth around,” sort of like Santa does, only with other people’s money. 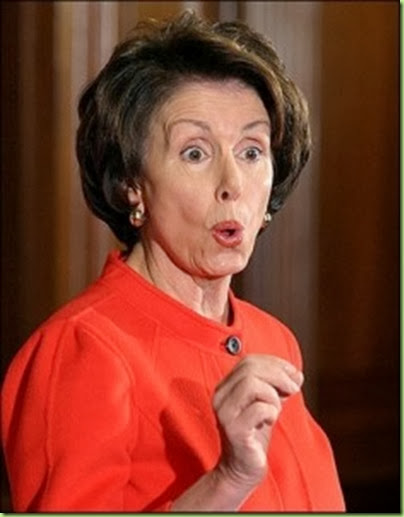 I still don’t get it; you mean no matter how many times I add it up, I still get ZERO?

Of course, it’s SanFranNan who thinks unemployment checks stimulate the economy. Was she the one who coined the term “funemployment”?

Mariah Carey as a `sack of marshmallows’? I wouldn’t go quite that far! `Albino cougar’, maybe.

I am surprised the Obama women are not dressed in burkas.

On the first video, did you hear her Freudian slip?