Like thousands of other Mall rats yesterday, the Wons joined a group huddled in tents on the National Mall, waiting for the country to open up:

President Obama paid a visit Friday to a group of activists who have been fasting for weeks in the hopes of pressuring Congress to pass new immigration laws.

The President and his wife, First Lady Michelle Obama, visited the group on the National Mall to lend support for the cause. The "Fast for Families" protesters have given up all sustenance except water during their protest, which they hope will force lawmakers to take up immigration reform measures pending on Capitol Hill. 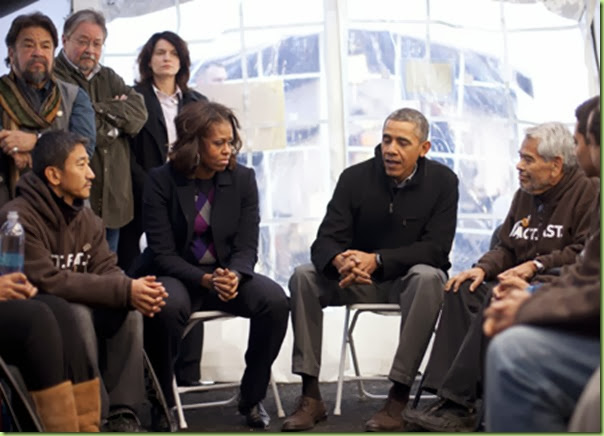 I must say, the illegal aliens undocumented workers community organizers certainly have acclimated to our customs quickly.

Anyway, we couldn’t fully support their protest, because Lady M is not about to miss a meal, and we had lunch waiting other official photo ops duties back at the Big White: 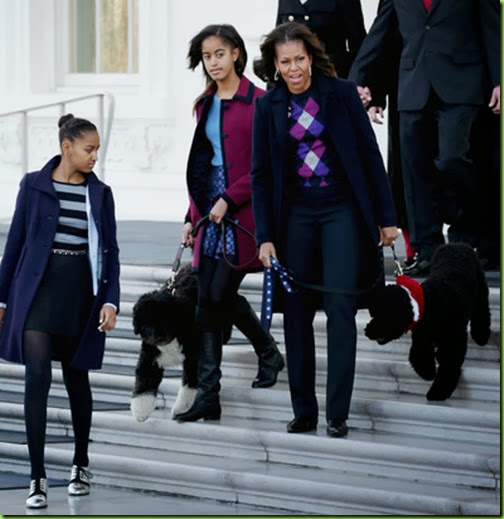 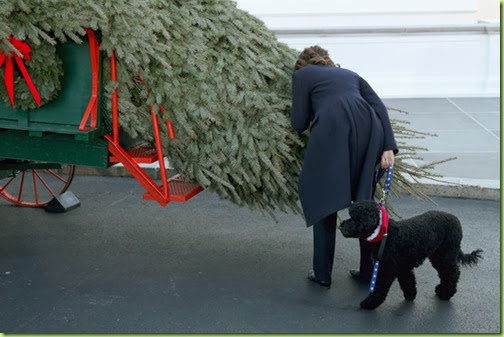 As you can tell, it didn’t smell much better than the Mall rats tent

As I mentioned the other day, people always tend to gravitate towards what they know best. In Big Guy’s case that includes organizing anti-American leftists Down at the Mall. So, feeling bad that in the past he’s had no time for Easter, Netanyahu, Benghazi, D-Day, Gettysburg, the flat-earth society, or to write code, he made time time to head over to the National Mall to meet with the squatters who are occupying one of our national parks.

The Obamas spoke with the activists for about half an hour.

”The President told them that it is not a question of whether immigration reform will pass, but how soon. He said that the only thing standing in the way is politics, and it is the commitment to change from advocates like these brave fasters that will help pressure the House to finally act,”

Other cheer leaders have been dispatched all last week to keep the occupiers’ spirits up and attract the eye of the MSM:

According to the White House, others who have visited Fast for Families in recent weeks are Vice President Joe Biden, Secretary of Agriculture Tom Vilsack, Secretary of Labor Tom Perez, chief of staff Denis McDonough, Director of the Domestic Policy Council Cecilia Muñoz and Senior Adviser Valerie Jarrett.

Butt since that strategy didn’t really work, Val-Jar broke the news to Big Guy and Lady M that they were going to have to show up themselves in order to attract the media’s attention – as they are still distracted by the Obamacare-fail and Black Friday brawls. So that, and the smells, probably explain MO’s less than enthusiastic demeanor.

Afterwards, we all headed back to enjoy a luncheon of leftovers from the Thanksgiving Day feast, including the 9 varieties of pie we enjoyed this year. By my estimate our part in the official fast lasted 32 minutes.

In addition to the mall brawls I see this interesting piece of news from around the country yesterday: Mitt’s son, Josh Romney, jumped in to save 4 people by getting them out of car their car that crashed into a house near Salt Lake City. 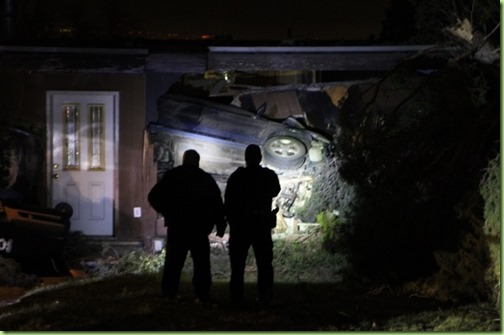 Josh, below, with the picture of the car he attached to his tweet: "Was first on scene to big accident, see pic of car in the house. I lifted 4 people out to safety. All ok. Thankful." 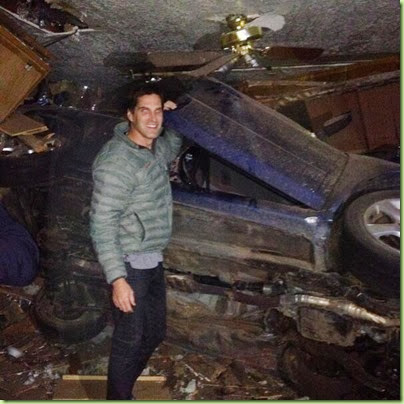 Josh, of course, was instantly ridiculed for his “humblebrag” tweeting about his involvement in the rescue. I think the Instapundit summed it up best: “That’s more than Obama saved in Benghazi.” 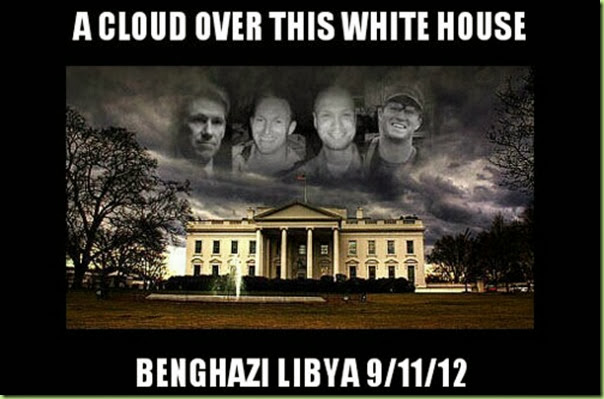 No, we haven’t forgotten yet.

You know the Obamas are concerned about ratings when they walk their dogs.

“President Obama paid a visit Friday to a group of activists who have been fasting for weeks in the hopes of pressuring Congress to pass new immigration laws.”

For people who have been fasting for weeks, some of those “activists” look rather healthy and, dare I say, well-fed.

Must be the Al Sharpton “I’m only eating soup” kind of fast.

Can someone please teach some etiquette to these people? How to sit like a lady, or at least a woman, for one...


And the fasting folks,, well, they must be fasting in shifts because
they sure don't look hungry to me..

Mrs. BO appears to have been crying. Her face is puffy and her hair is in disarray.

BO is noticeably leaning AWAY from his wife.

Moochelle’s body language is so masculine! I guess she thought she would earn their “trust” by mirroring the protesters and the President?

10 posted on 11/30/2013 11:11:55 AM PST by browniexyz
[ Post Reply | Private Reply | To 4 | View Replies]
To: NOBO2012; Liz; AuntB; La Lydia; sickoflibs; stephenjohnbanker
a group of activists who have been fasting for weeks in the hopes of pressuring Congress to pass new immigration laws.

OK so what should an illegal alien who has been "fasting for WEEKS" looked like ???

Well not as well and lively as the lot that schmoozed with that guy in my White House TM and his chimpanzee/pig mate..

BTW does this mean they havent used an EBT card or food stamps for weeks ???

“The President and his wife, First Lady Michelle Obama, visited the group on the National Mall to lend support for the cause.”

Turning your back on Border Patrol Agents and CBP officers that are assaulted every day by illegal aliens.

We can see who’s side you are on (if there was any doubt before).

Folks, take a good look at this picture.
Michelle is very tall and the stance does not resemble that of a normal woman.
Also, very flat-chested. There are no curves.

I’m not sure that is a woman.

Mooch hasn’t been fasting, that’s for sure.

It would appear the daughters have inherited every ounce of hatred the mother had to give.