Beware: You are being monitored!
Last Days Watchman ^ | Julio Severo


Beware: You are being monitored!

By Julio Severo
By far, the biggest scandal this week is the revelation by a former CIA analyst showing how the US intelligence has been monitoring in Facebook, Google, Apple, Microsoft, Skype and other internet channels extensively used by the world population.
The man responsible for the most serious denunciations is Edward Snowden, who leaked the data on the US government espionage on the citizens around world. It was the biggest leak in the US history.
If Snowden had revealed his secrets directly to the public, they would have seen him as crazy or an adherent of conspiracy theories. A paranoid thinking today there is some kind of government imagined by George Orwell in his work “1984.”
Nevertheless, everything that he leaked not was published, because the newspapers that he sought were “careful” to filter and limit the denunciations, in order not to draw the US government’s wrath.
The excuse for the aggressive surveillance by the US is the war against terror, which should limit itself to the ideology responsible for the 9/11 attack. This attack was motivated exclusively by the Islamic ideology.
But instead of focusing on that ideology, the US government has bowed down before Muslims. It seems to be, since 9/11, obsessed by the Islamic promotion around the world. The terrorist attack 12 years ago was the best thing that has already happened to Islam, which is now spreading as a wildfire.
The war against terror, which should focus on Islamists, has become a terror war for the non-Islamic world.
I understand the reasons for the US government to turn away from the necessary focus. Saudi Arabia, Turkey and other Islamic nations are the origin of significant investments in the western countries, especially America.
While the populations of those countries live mostly in poverty, their leaders accumulate money in western banks, especially in American banks. They are also great shareholders in great American and European companies.
Therefore, Americans and Europeans are always in a hurry to support the fights of their Islamic investors. If Saudi Arabia and Turkey oppose Syria, America will accompany their investors’ desires, although this means for America direct support for al-Qaida and the systematic slaughter of Syrian Christians.
America cannot turn against their investors. The money of the oppressors is more important than the blood of the oppressed ones
Most of the terrorists who attacked America on 9/11 were Muslims from Saudi Arabia and, according to information that I received from my friend Don Hank, they had received visas for America through a CIA agent.
CIA, which has been monitoring the whole world, grants visas to terrorists, and does the rest of the world have to pay for its “negligence?” 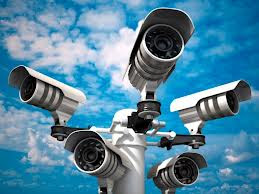 It is a fact that the current US administration is engaged, since its beginning, in the espionage of pro-life and conservative groups. I have myself been under such surveillance, in a case that became headline on WND, in this link: http://www.wnd.com/2011/07/327769/
Everything that I do is to fight the gay and abortion agenda. And I carry out my ministry in a time when the top US foreign policy priority is to promote the gay, abortion and Islamic agenda.
What would the US government be willing to do on behalf of such politics? I don’t know. But the fact is that when you are using the services of Facebook, Google, Apple and Microsoft, you are not alone. It is now proven that the US intelligence is watching you and recording your stances on abortion, homosexuality and possibly even if you oppose the Islamic ideology.
Could these intrusive records be used against Christians opposed to the world government? God knows.
The tragedy is that people like me and you can be monitored by the US government, but Islamists not. Small wonder: the current White House occupier has a totally Islamic name: Barack Hussein Obama.
True to his ideology, Obama chose a Muslim as a CIA director.
The nation founded by persecuted Christians today serves the biggest persecutors of Christians. Islamists believe that, with Obama in the White House, their prayers were heard.
I believe that our prayers are also being heard. Since the Old Testament times, the people of God pray according God’s will. And the Bible makes clear that it is the will of God to frustrate the plans of the nations: “The LORD brings the counsel of the nations to nothing; He makes the plans of the peoples of no effect.” (Psalms 33:10 NKJV)
Is it a coincidence that plans of CIA and other US agencies of espionage against innocent citizens around the world are being exposed and frustrated? It is an answer to many prayers. Let us pray for Edward Snowden, for him to have an encounter with Christ.
Let us also pray for God to rise up similar men in Brazil, able to expose for the public the most sinister plans of the Brazilian government.
There is Somebody bigger, above America, watching and monitoring. Somebody that one day will make them give an account for their exemption for the Islamic ideology, and their active roles in the intrusions in the lives and activities of conservative Christians. Somebody that will make them give an account because instead of using their power to protect the weak and oppressed, they chose to side with their wicked investors, who oppress innocent Christian populations.
There is a minority, a remnant who truly follows Christ, in the US who laments over the wicked direction that their nation has chosen to follow. It is because of these supplications directed to the Almighty God that we see the most secret and impious plans of the most powerful nation in the world being repeatedly frustrated.
We need to join our prayers to the supplications of the American remnant, because the homosexualist, abortion and Islamic politics of the US government are speeding up the establishment of the Antichrist’s world government and putting innocent citizens around the world under the spying eyes of that government.
Portuguese version of this article: Cuidado: Você está sendo monitorado pela nação mais poderosa do mundo!
Source: Julio Severo in English: www.lastdayswatchman.blogspot.com
Recommended Reading:
Homeland Security surveillance detected on Julio Severo website
United States: between Gayland and Mohammedland
TOPICS: Government; Miscellaneous; Religion; Society
KEYWORDS: cia; surveillance
1 posted on 06/12/2013 2:35:24 PM PDT by juliosevero
[ Post Reply | Private Reply | View Replies]
To: juliosevero
The Nephilim or rather fallen angels could be at the rise of the homosexual movement under a different disguise ?
2 posted on 06/12/2013 2:38:32 PM PDT by American Constitutionalist
[ Post Reply | Private Reply | To 1 | View Replies]
To: juliosevero

Truck drivers on their CB radios used to warn others of a radar trap by saying, “brush your teeth and comb your hair. You’re about to get your picture took.”

Now, they have a point.

The US government has taken the road of anti-Christian, anti-freedom, pervert tyrants. I don’t know when it will be the end times, but I imagine the US creating an oppressive and hateful KGB ruled globe, would be a part of it.

When this happens I hope they find me, a Christian and American patriot, a threat to their spirit of oppression and evil like most Americans have always been up until the present time when these evil men and women have risen up and emerged from their Mosques and closets.

I am thankful my dad and brother are not watching any part of this on earth. Their hearts would be broken.

The US queer military has a recruitment ad up where one young woman claims she joined the Navy to protect the constitution. Ha! They will name her, as a patriot, a domestic terrorist when she gets out.