Well how about that little Goreacle? 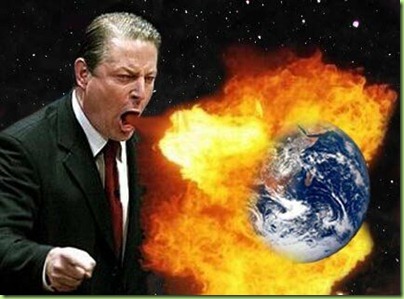 When he made a gazillion dollars by creating the Church of Global Warming and setting up a convenient donation program by selling carbon credits (which were created, quite literally, out of thin air), we thought it was a fluke.(snip)

We may have been wrong. By selling his nascent Current TV network to Al-Jazeera he has clearly moved into mogul deal-making status.

Q: is Al Gore now wealthy enough to officially be maligned as part of the hated 1% 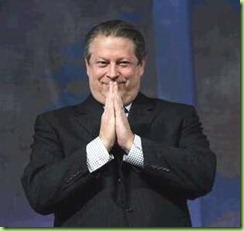 A: Of course not, he’s a well-intentioned liberal.

(snip)It’s not that there weren’t other suitors who wanted to buy the system. It’s just that Glen Beck TV is no where near as ideologically aligned with Al-TV as Al-Jazeera TV is.

(snip)Glenn Beck’s the Blaze inquired about buying Current last year, but was rejected due to ideological differences.(snip)

No, really. He said that. And people wonder why guns are flying off the shelves of gun stores?

Oh, and that reminds me: I’m sure you’ve seen the viral email from Corporal Joshua Boston, USMC, to Senator Diane Feinstein:

I will not register my weapons should this bill be passed, as I do not believe it is the government’s right to know what I own. (snip)

So I suggest you all just sit back, relax and enjoy I want my Al-TV part 2; in which our Qatar hero demonstrates how to get  Money for Nothing...Continued

I hope he chokes on a chicken bone after polishing of a rack of ribs and basket of fries and two megagrande slurpees. Former VP, the retired money-grubbing version of our current VP.

Sometimes it comes through media conglomerates as book advances.

Sometimes it comes in other ways.

Intelligent people know who Gore is and where he is aligned.

Gore is a PIG

“Former Vice President of the United States Al Gore, with a net worth of $100 million, has achieved a lot in his years in the public eye, both in the public and private sectors. In addition to his net worth, he’s considered one of the major activists for the environment, a pet cause of Gore’s for some time. Through his efforts in getting the word out about the danger our environment is in, he’s done much in the way of changing the conversation about the issues of global warming, pollution, and environmentalism.”

All that money by making people actually believe that we have too much of a necessary gas for life on earth even though the percentage of that gas makes up only 0.04% or ZERO point ZERO of the earths atmosphere.

It will be interesting to see the programs:

Safety Recall on Bomb Vests for Children - strap can slip and cause severe bruising before detonation.

Machete Sharpeners: are they price-gouging you?

Why you should not take credit cards for the Jizya.

The Jew Among You: who not to trust.

Behind the Burka: How did your wife get a tan?

Taqqiya for Dummies: How to get infidels to fall for it.

There is no way that this network is worth half a billion, considering that everything they “own” is rented or leased.

A total payoff - crony capitalism by a determined but greedy socialist.

I’m amazed how socialists use capitalism when it is to their advantage. But they don’t want the ordinary person to enjoy the fruits of capitalism.

From Al to Al.

This shows the true colors of the “progressives.”

Please call your TV provider and ask them to drop Current, as Time Warner has. Ask them to fill the channel with Blaze TV.

If you have one of these TV providers, please ask them to drop Current, as Time Warner has. Suggest that they fill the channel with Blaze TV.

It would be one thing if he had sold out even that nutcase smear merchant Markos Moulitsas. But Al Jazeera is nothing but a propaganda outlet for the enemies of America.

Michael Savage said it well, and I agree with him:

That's the almost zero-rated TV channel that was founded by that quisling Al Gore and his business partners seven years ago.

Current TV will now provide the Arab news giant with something it has looked for years to acquire: a pathway into American living rooms.

Al Gore's Current TV is now available in about 60 million of the 100 million homes in the U.S. that have cable or satellite TV.

How do you feel about an Arab network buying Al Gore's Current TV?

What does this tell you about the so-called "progressives"?

"Progressive" is a code word for anti-American.