This hasn’t been reported elsewhere, butt there was a scary moment the other day when MO BO and the Wee Wons were handing out food packages at Martha’s Kitchen (no, not THAT Martha). Big Guy got hold of something that appeared very suspicious to him: “Whoa! What have we here? It looks like a IED! Call 911! Call Secret Security! Hit the floor! 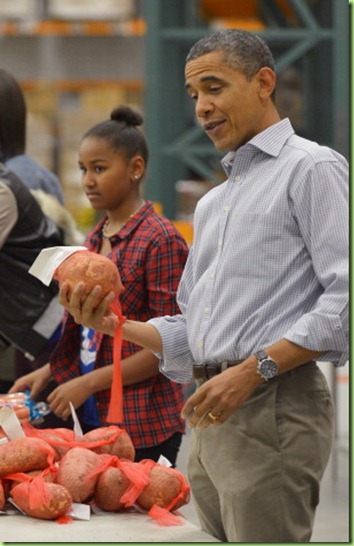 Dad…it’s a sweet potato. You know, Mom grows them in “her garden”

I guess Big Guy’s still a little jumpy(snip)the Burmese billboards that were intended as laudatory congratulations on his second historic win butt were so over-the-top that everyone said they were “creepy.” 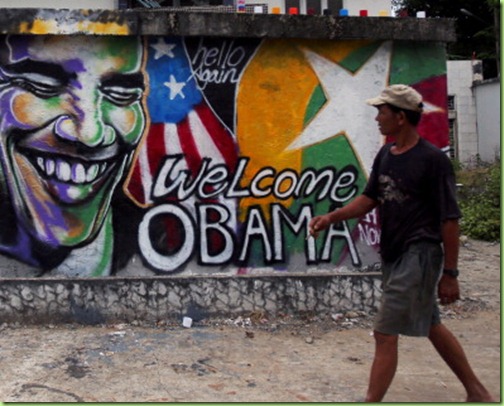 So I’ll give you that the colors may have been a bit, shall we say - garish, butt I’d have to say they nailed the ear and smile, no? 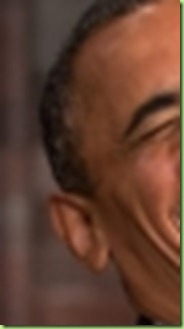 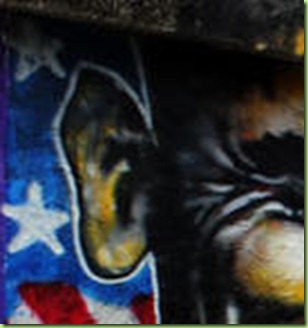 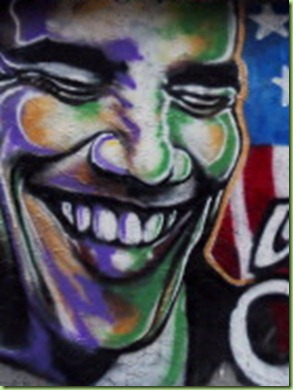 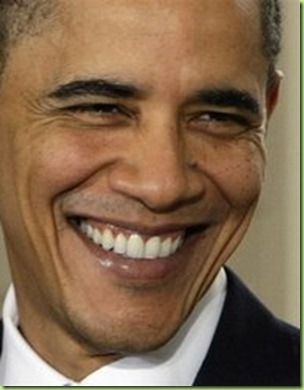 I don’t blame the painter. Frankly, no artist’s rendition will ever do justice to the real thing: 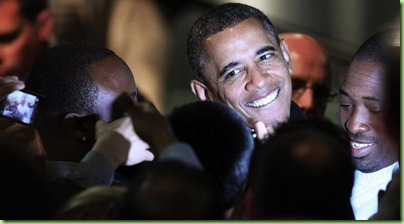 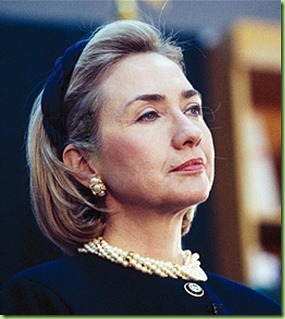 Queen of - and still head cheerleader for - the greatly underappreciated headband!

(snip)I know Hil was always shooting for the Eva Peron look - you know, the heroic spouse: 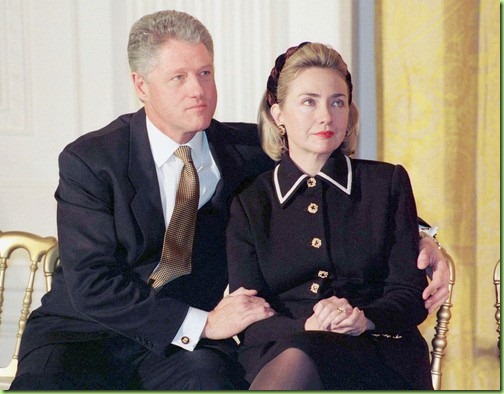 I’m not so sure what it is with Lady M. Maybe the same thing? 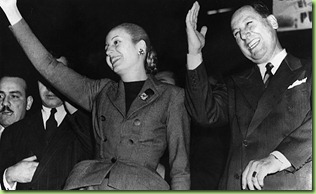 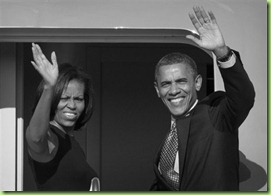 More like Venezuela. Look what egoist divider Hugo has done to decay that nation but the majority, fawning moron voters still slobber over him. We have Hugo Obama de Norte Americana in comparison.

America was founded by We the People, not the dope with false hope.

America is not his to play with, even if he is president.

why do you think south americans are flowing over out borders..its not for a better life. its to spread their disease

Every sweet potato needs it’s own mesh bag? Seriously? I’d even be on board with calling the EPA on this one.

Actually, the parallels with Argentina are pretty scary. A hundred years ago, Argentina was a prosperous country with vast resources, and well on its way to becoming a significant player on the world stage, with its exports of grain and beef that earned the country considerable foreign exchange.

Then the disease of “progressive” political thinking took hold, and the redistributionist agenda become the law of the land. Appears there were a significant number of people living at the poverty level, and many of the immigrants (largely German) were displacing much of the Spanish-language natural-born citizenry in trade, banking and production industries. In reaction, the nativists took up the politics of revolution, and forced many of these recent immigrants from their positions of power, through the ballot box and the ramming through of legislation to “level the playing field”, which was more like confiscating wealth.

Argentina went into a long depression that started after the First World War was concluded, and they never rose up to any degree of real prosperity even under Juan and Evita Peron. There was some influx from persons, many of Nazi sympathies, fleeing the defeated Germany after the end of the Second World War, and this contributed a little to the feeble revival, but international scorn soon reversed even that modest upturn. For some time, Argentina became the intellectual heirs of the disease of National Socialism, and they nurtured that ideology well. Many people were “disappeared” during that era, and there are still traces of the police state that Argentina was for many years.

There is an old Chinese curse, “May you live in interesting times.”

Times are about to get interesting, and not necessarily in a good way.

I go to the local food banks, USDA type, and those bags are used to bag every thing up... of course they are provided by the US Agriculture,2 potatoes, 4 onions, carrots .. bell peppers, mushrooms, every thing imaginable is put in these airy type bags separately by type... probably some Gs 11 bagging them!!!

The process of turning the US into Argentina did not start with Obama but started earlier with each expansion of the Federal Government.

Is there any aspect in American society that is not influenced or regulated by the feds?

I'll have to take Tango lessons with Mrs Gandalf! I suppose there worse things that could happen. South American countries have some admirable customs like the afternoon siesta and the crocheted Bikini. I could get used to that...