The news is bad:it’s not just Twinkies.It’s the whole line of Hostess bread and treats.

What else can you do when Health Police edicts give preference to other breads that aren’t as white?(snip) 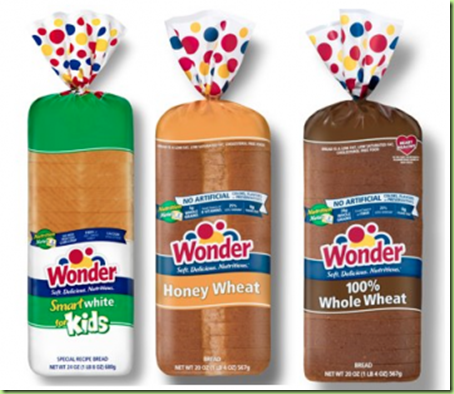 (snip)They began offering everything from plain old white to 100% Whole Wheat and every shade in between.

(snip)What started out on the bread line moved quickly into every other division of Hostess. First to be “improved” in the delicious snacks division was the iconic white Snoball: 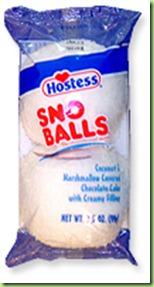 Apparently white ones were no longer good enough, so they stared to make pink, blue -even lavender(snip)

Next, came the iconic Twinkie. They couldn’t even let the the little cream-like filled sponge cake retain it’s exclusive claim to “vanilla,” and had to add a chocolate and raspberry variety to the brand to make it hip. 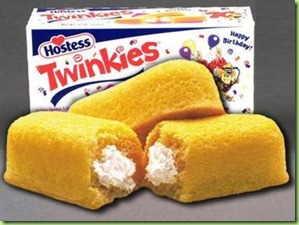 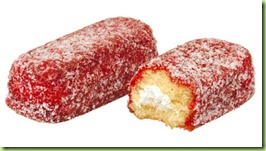 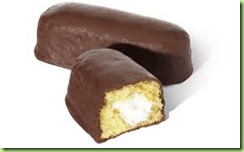 Oh well, frankly Twinkies haven’t tasted the same ever since they replaced the lard in the filling with Crisco.(snip)

So I’m not sure just exactly where to place the blame for the loss of these 18,500 jobs: 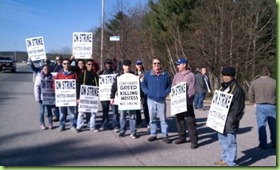 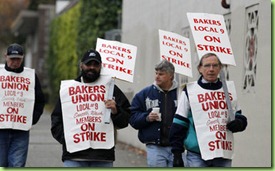 (snip)I leave that up to others:

For my part, I just take solace in knowing that there will be no shortage of Twinkies, Ding Dongs or Ho Ho’s in Washington...Continued

UNIONS: Let’em eat cake !!!!!! Now they’ll get to see how the other half has been living . Serves them right to suffer . I can adapt to almost anything ,,, but these spoiled naves deserve the full brunt of it . Sometimes you CAN’T have your cake and eat it too .

We have a much larger population now than in the 50’s. With a popular product like Hostess baked goods there should be plenty of excellent sustainable business even in a slightly less than normal economy. BaWreck OblahMao’s awful economy and complicit greedy Union goons have conspired to kill the Hostess Co. after all these decades. Pox on them all.

Unions are claiming the company was stripped clean of their bank accounts by investors who took it over and supposedly THAT was why they had problems, not the union.

I don’t think that story is the truth, but they always have excuses and this is the one they’ll be talking about while collecting two years of unemployment and 20 years of welfare. 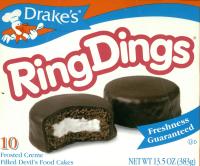 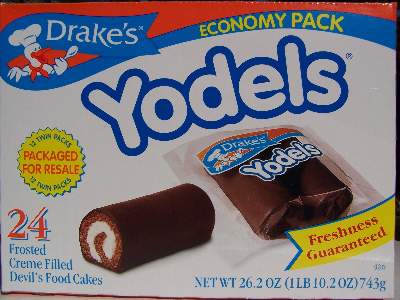 It will have be Tastykake cakes and pies! "Nobody bakes a cake as tasty as a Tastykake"

When I lived in N.J. I loved their small single lemon and peach pies! Walking home from school I would stop by a neighborhood store and buy one.

Glad that the UNIONS screwed themselves on this one!

8 posted on 11/17/2012 10:52:52 AM PST by Red_Devil 232 (VietVet - USMC All Ready On The Right? All Ready On The Left? All Ready On The Firing Line!)
[ Post Reply | Private Reply | To 4 | View Replies]
To: A CA Guy
"Unions are claiming the company was stripped clean of their bank accounts by investors who took it over and supposedly THAT was why they had problems, not the union."

Basic logic tells me this is pure bullshit. Either a company makes a profit or not. How much cash reserves they have doesn't affect if they are making a profit unless they are relying on interest income. And then if they are they don't need the business. Just close it and make money on interest.

Hostess was unprofitable. The judge reviewed the bankruptcy and he ordered a pay cut but in way of compensation the workers would get a stake in the company. The union refused the offer and now they are all out of work.

I can already see it coming. Big Dick Trumpka is going to start a union for the unemployed to allow his union Neanderthals to conduct “collective bargaining” for those on welfare and gubmint “disability”. It’s coming! Look for it.

Or, if Michelle didn’t veto it, the government would put a billion dollars into Hostess, guarantee the pensions of union members, and give ownership of the company to the unions.

Thanks for your post. It brought back lots of memories.

Perhaps Michelle Obama’s food police could come up with product similar to Hostess’ Ho Ho cupcakes. It could be made from healthful, high fiber beans and kale. In honor of Michelle Obama it would be called a MO MO. The greenish-brown cupcake would be topped with a swirl of speckled tan icing.
The package would feature a cartoon picture of a grinning donkey.

A reporter on HLN reported the Union side, saying how proud the workers are of standing up to a loss of benefits and other such nonsense. They were saying basically that having no job is better than one with reduced benefits. And, of course, the reporter did not question their lack of logic.

Agreed! For all the workers who are losing their jobs who were NOT Union, think they’ll run join one now? It’s
like trading one dictator for another! I worked 43 years
and never once had to join a union to get treated fairly.
Or do anything else! When decency in the workplace gets
thrown aside and replaced with corporate greed - this is
what you can expect.