Obama Has No Time to Discuss Benghazi, But He's Got Time to Change Punctuation Marks
Michelle Obama's Mirror ^ | 11-2-2012 | MOTUS

Some time last week the Big Brains decided to change the period to an exclamation point in our ironic iconic campaign motto. And I must say, Lady M wears it well: 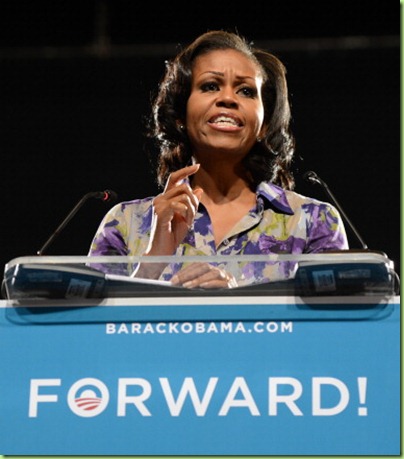 So let’s have a little discussion about the proper use of punctuation marks:

Use an exclamation point [ ! ] at the end of an emphatic declaration,

interjection, or command. "No!" he yelled. "You do not have authorization! Stand down! Or you will be relieved of your command!" An exclamation mark may be used to close questions that are meant to convey extreme emotion, as in

“Where’s our backup!” (snip)Of course, some sentences really require the use of an interobang, the combination of an exclamation point and a question mark, as in

“Where is the f***ing Spector!?!” (snip)We’re just hoping to maintain enough FORWARD! activity to maneuver around Benghazigate for just FOUR more days. And so far it’s looking good(snip)

I’m sure everyone will understand why we won’t have time to hold a press conference to answer questions about the Benghazi cover-up attack before Tuesday.(snip)So let’s all just stay focused on the important stuff for these last few days okay? Big Bird, binders, bayonets, condoms, contraceptives and choice.(snip)

Oh, and don’t forget that Big Guy whacked Osama and delivered us from terror!(snip)

Butt Alice’s concern with proper grammar brings me back to Big Guy’s updated campaign slogan: FORWARD! It’s really brilliant when you think about it: a concise way of stating the Red Queen’s rule of law: 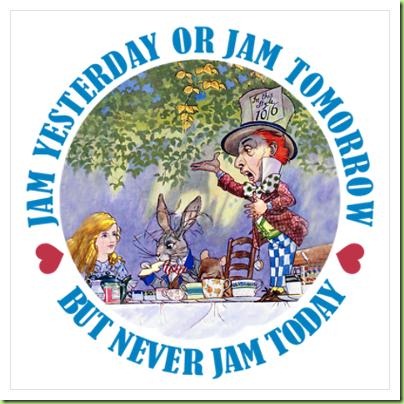 LOL The first thing I thought off reading the title was . Victor Borge’s ‘Phonetic Punctuation’. Shows how old I am.