(snip)Joey’s speaking parts didn’t really sound that much better than they looked. And they looked pretty bizarre. 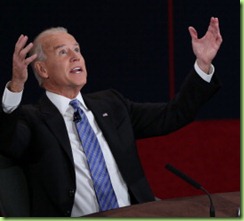 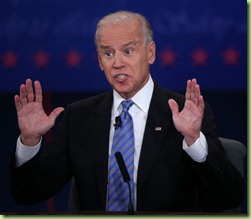 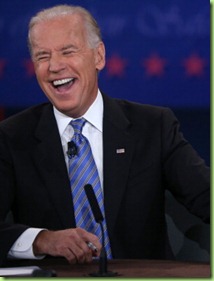 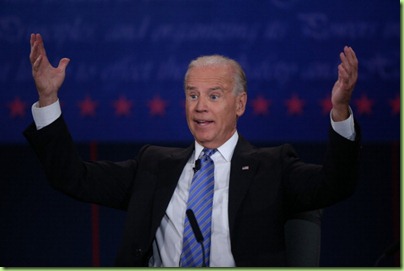 Or, as the <>Bookworm suggests (h/t Doug Ross), perhaps they just hired a new pharmaceutical provider.

“Do you remember Jennifer Granholm at the DNC, when she was yelling and gesticulating wildly?  She was a 33 rpm record playing at 78.” 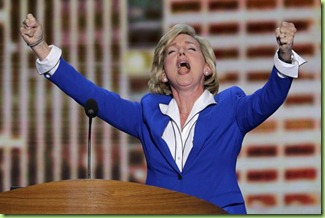 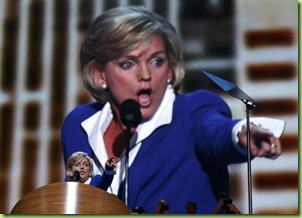 “Watching the Vice Presidential debate tonight, it was obvious that Joe Biden had broken into her medicine cabinet and taken twice the dosage.” 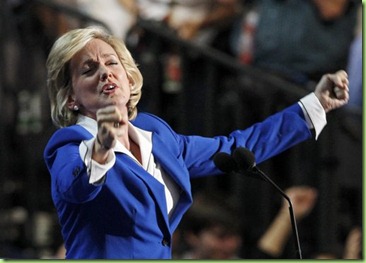 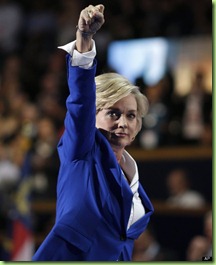 Apparently Big Guy’s advice to Little Joe was right on target: “I think Joe just needs to be Joe” – inaccurate, rude, condescending, and, dare I say it?…dismissive, even sometimes derisive?

That “dismissive” part: I wonder how that’s going to play in the Republican’s War on Women? Because some people, like Keith Koffler, think that women aren’t going to very happy with Joey’s treatment of Paul Ryan because they can relate all too well with that sort of dismissive treatment. What do you think ladies? Ever been on the receiving end of this type of behavior?...

Yep, a heartbeat away. 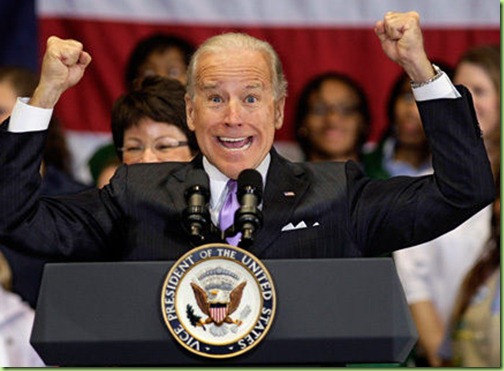 Looked like Biden had several “impassioned” 2 - 4 minute speeches rehearsed, and then would launch into them upon buzzword cues from his partner the moderator.

“his partner the moderator.”

Boy, you sure got that right.

Outrageous behavior is comfortable behavior for liberals. The Wellstone memorial. The Bork hearings. The Obamacare legislative maneuvers. Name your event.

For liberals, normal is like Chris Farley wearing just whitey tighties and aggressively smearing a wedding cake wildly up and down his front.

This woman though Joe was very rude to the MODERATOR when she accidentally asked a couple of good questions of him. He leaned forwarded and jabbed his finger at her as though he was trying to intimidate her into shutting up.

7 posted on 10/12/2012 7:54:00 AM PDT by MEGoody (You shall know the truth, and the truth shall make you free.)
[ Post Reply | Private Reply | To 1 | View Replies]
To: NOBO2012
I understand Ryan was trying to be respectful, but I really wish he would have broken decorum when Biden was running on about how Republicans are going to cut people's benefits by just repeating out loud “WE'RE BROKE” over and over. Or on Ryan's own time, maybe Ryan could have made the analogy that the U.S. is like a plane low on fuel. The current pilots have their hands over their eyes while repeating loudly “we're not gonna crash, we're not gonna crash”. Meanwhile, some of us see the fuel guage, and we want to land this thing while we still can. Either way the plane's going to earth.
8 posted on 10/12/2012 7:55:43 AM PDT by throwback (The object of opening the mind, is as of opening the mouth, is to shut it again on something solid.)
[ Post Reply | Private Reply | To 1 | View Replies]
To: NOBO2012

Ryan still won. I’m glad the moderator was helping Biden, because Ryan’s gonna get this treatment the next four years as vice-President from the flag-burning bedwetting limpwristed nancyboy media, and he needs the practice.

Rules For Radicals, Rule 5: “Ridicule Is Man’s Most Potent Weapon”. Biden was in full-on ridicule mode.