Is Obama gay? When I first heard a few days ago that Obama might be gay, my initial reaction was, that's ridiculous. He's married, has two kids, and he's never set off my gaydar. I had read a few years ago about Larry Sinclair, who claimed he had given Obama oral sex when Obama was a state senator. But at the time I just figured that any famous person is bound to attract a few loonies who will say anything to get publicity.

But after I read the article linked two posts ago (and directly below), I started reading more about Obama's gayness, and after a while, it just made too much sense not to be true.

In his article in WND.com, Jerome Corsi, a Harvard Ph.D. in political science, said that Obama (along with Rahm Emanuel) was a lifetime member of Man's Country, a gay bathhouse in Chicago. Obama was evidently well known there and many of the older clientele remembered him:

Investigative journalist Wayne Madsen, who worked with the National Security Agency from 1984 to 1988 as a Navy intelligence analyst, confirmed DuJan’s claims.

“It is common knowledge in the Chicago gay community that Obama actively visited the gay bars and bathhouses in Chicago while he was an Illinois state senator,” Madsen told WND.

Obama's reputation in gay circles, by the way, was that he liked to receive oral sex but not to give it, which squares with what Larry Sinclair had said about him. (It's his "signature." And receiving blow jobs but not giving them would be consistent with Obama's narcissistic personality.)

As a member of the Reverend Jeremiah Wright's Trinity Baptist Church, Obama was known to have a close friendship with Donald Young, the openly gay choir director of the church. Young was murdered execution-style on December 23, 2007, just as Obama began his climb toward the Presidency. Another gay member of the church, Larry Bland, had also been killed execution-style a month earlier. Both cases remain unsolved. Donald Young's mother believes to this day that he was killed in order to silence him.

Jerome Corsi is dismissed by the Left as a "Tea Party activist and conspiracy theorist." But even if you regard Corsi and Madsen and Dujan with suspicion, what they say fits the larger picture of Obama's life far better than a heterosexual narrative would. The circumstantial evidence -- away from his public image as a family man -- fits the homosexual narrative perfectly.

There is virtually no record of Obama having had any girlfriends before he married Michelle at age 28. He referred to two in his autobiography, but these were later revealed to be "composites." Are we to believe that a healthy sports-oriented young black man had no record of having chased after girls during his youth? You'd think that after he'd first been elected as President, when he was seen in such a messianic light, all sorts of women would have come forward claiming past flings. But none did.

In his autobiography, Obama stated that during his years at Columbia he spent all his time in the library and "lived like a monk." But if he spent all of his time in the library, he should have gotten excellent grades, especially given how smart he is supposed to be. Then why spend a million dollars hiring 11 lawyers to make sure his academic records were permanently sealed? It's also hard to believe that a young man who by his own admission freely imbibed drugs was otherwise inclined to live like a monk.

Another question: how many successful black men marry women far darker than themselves? If successful black men do marry black, it's often a woman so light-skinned you have to look twice to ascertain her blackness. This tends to be true of successful blacks in business, in entertainment, and in sports. Obama wasn't rich when he married Michelle, but he was a Harvard Law School graduate and did give the impression of an ambitious young man on his way up. And politically ambitious young gay men care more about beards than desirable females.

Michelle, in turn, married Barack out of ambition. She reportedly had divorce papers drawn up after he lost an election to Bobby Rush for a House seat in 2000.

When Barack was first elected President, Michelle wanted to stay in Chicago and raise their two girls there. She was quickly informed that this would not look good, so she moved to the White House.

Has a President's "body man" ever been given such prominence? Part of Reggie Love's job as Obama's personal valet was to "wake the President up in the morning." (How could he do this without waking Michelle up at the same time?) Love reportedly worked up to 18 hours a day, "often sleeping on the burgundy couch."

The "body man" before Love was Nick Colvin, who left the White House after rumors surfaced that he had had sexual relations with Obama while Obama was a state senator. (Obama hasn't had just one Clyde Tolson, he's had two.)

And why all the snickering when Kal Penn ("Kumar" of Harold and Kumar fame, widely known to be gay in Hollywood) was working in the White House as the President's Associate director in the White House Office of Public Engagement? Google "Kal Penn Obama affair" and you'll get 165,000 results.

The ways in which Obama tries to compensate are telling too. His jaunty stride up to the podium is meant to project virility; and his vocal delivery, with that faux vaguely-black accent, is meant to show manliness as well. I've seen other gay guys who try too hard to appear manly, with overly emphatic movements, and it usually leaves the opposite impression.

You never, ever hear any whispers about Obama and women. Sure, there are stories about power struggles between Michelle and other women, like Oprah Winfrey and Desiree Rogers; but no stories about Barack straying with other women. I had always just assumed that this was because he was a squeaky clean family man who was perhaps a little scared of Michelle. But for a healthy man who ascended to the Presidency at age 48, who had unheard of star power and unlimited access to women if he wanted them to never, ever indulge? That would be practically unheard of. But no, there will be no Monicas for Barack.

Obama has essentially been hiding his sexuality in plain sight all this time. In retrospect, I'm astonished at my own blindness. (There has been chatter about his sexuality on the internet for years.) But he just never set off my gaydar. And after all, he is the President of the United States, which is not a position we generally associate with gayness, any more than, say, Army General.

In a way, it's almost racist not to see Obama's gayness. Sometimes it's hard to see past the blackness: we do have a tendency to assume all black males are high testosterone potential rapists.

Obama also has none of the sheepishness, or sense of furtiveness that we sometimes associate with gays. But maybe he doesn't give off that vibe because his narcissism overrides any possible sense of embarrassment.

I want to emphasize, there's nothing immoral about being gay; it's something you either are or you aren't, and you have no choice in the matter. But with Obama, his duplicity about his sexuality is reflective of his duplicity about practically everything else. He has employed Alinsky-ite methods to hide his gayness the same way he has employed them to hide his far left political leanings.

At this point, more than three years into Obama's Presidency, his sexuality has to be open secret in Washington. The White House press certainly knew about JFK's escapades with women at the time, but kept them quiet. They are undoubtedly performing a similar function with Obama.

(By the way, if you don't believe that Obama is gay, go ahead and laugh at me. But the truth should become much more widely known after Obama has left the Presidency, when the press no longer has a reason to protect him.)

You have to wonder whose idea of a joke it was when Newsweek put out that famous cover of him with the multicolored halo over his head and titled it, "Our first gay President." (In fact, Obama is the second; James Buchanan was undoubtedly gay as well.)

I can't help but wonder what effect would it have on the upcoming election if Obama's homosexuality became more widely known. And while I don't blame Obama's for his sexuality, I do hold it against him that he's such a con man and narcissist. He's also obviously out of his depth as President, and his rigidly leftist mindset precludes any realistic ideas about how to kickstart the economy, or even of how the world works, for that matter.

But there are many people who wouldn't vote for Obama simply because he is a homosexual. So I do hope this becomes more widely known in the next seven weeks. 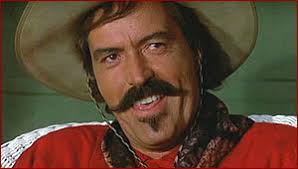 Show me the liver.

Just because Obama is a homo doesn’t mean that Jerome Corsi isn’t insane.

I’ve thought from the start that he is a homosexual (we had reports long ago—Larry Sinclair, for one) and that he is a druggie (maybe cocaine or some kind of speed—he’s so skinny and disjointed).

Oh. How about that? In what specific way do you imagine that Jerome Corsi is "insane"? Just curious and wondering...

More gay than not.

Some black Chicago political social group claimed Obama is HIV positive. Does seem thin but who knows. Media will actively help hide anything.

Yes, the media will hide/lie anything they choose.

Larry Sinclair just recently WON a case brought against him by Bath-House Barry lawyers....and he acted as his own counsel!!!!!! I guess the judge knew Sinclair’s info was genuine.

Kevin DuJan has NOT been sued yet by Bath-House Barry lawyers, and he is in the best position to report on the “gayness” of Bath-House Barry, as DuJan, himself, is gay. DuJan once supported Hitlery in 2008, got mad at how Barry screwed her over in the campaign and has since changed his political stance to republican.

I think he hasn’t been sued because, as a gay guy in Chicago, he KNOWS...and Bath-House Barry KNOWS he knows.

Gay outing a gay...gay guys marry women all the time.
In this case, it’s Taqiyya and as long as Manchelle can eat lobster, she doesn’t care.