After listening to Big Guy’s acceptance speech, Clara Peller1 had just one question: 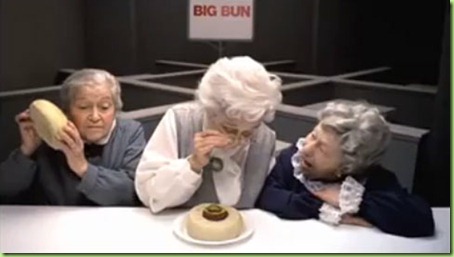 It would have been better had he not spoken. Seriously. Like an aging rock star, President Obama, in a downsized venue, with downsized proposal and spewing downsized rhetoric only reminded us how far he has fallen from the heady days of 2008. The man, the agenda and the aura are faint imitations of their 2008 incarnations. And most importantly, he put forth an agenda that was entirely, and obviously, lacking, one that didn’t begin to match the demands of our time. 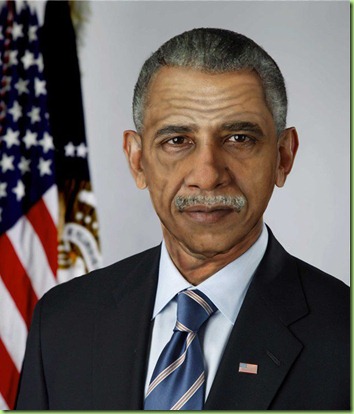 There’s nothing pretty about an aging rock star

So enough about “The Speech.” Let’s talk about “The Dress” instead. A sexy little off-the-mismatched-shoulders number that would be as comfortable on a luxury cruise or a cocktail party on Martha’s Vineyard as it was central stage at the DNC. 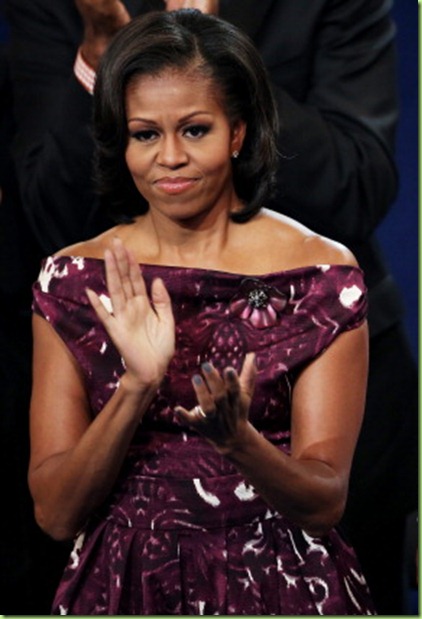 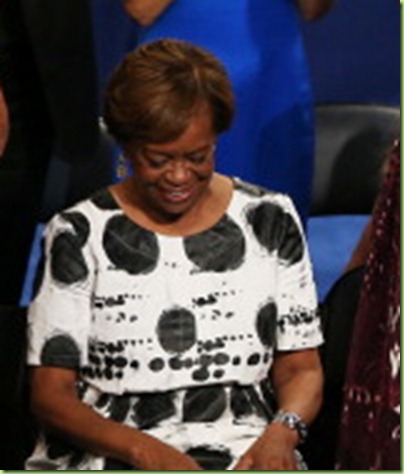 You may see a mean Mickey, butt I see angry Pandas

Also released today, right on schedule, good news about jobs! Here’s the actual CNN headline: August Jobs Report: Hiring slows, unemployment falls. I know, I know: that might surprise you, as it does seem counterintuitive. Butt you’ve probably forgotten about our Obama-Mathamagicals...

Clint Eastwood said it best while talking to the empty suit-empty chair: When you aren’t able to do the job, its time for you to go.

That was one of the best speeches I’ve ever seen!

What I really want is my very own “ladder of opportunity”.

I mean that just sounds like the most useful thing ever!

I think I’m’a go over to Home Depot and ask one of the dykes if they sell ladders of opportunity so I can clean my gutters.

I listen to the radio in the background. Of course there are news spots and I have to hear the repetitious drone of obastard speaking over and over.

Just as irritating and more disturbing than his voice though is the fawning applause his cult of followers give him. They are like loyal dogs that wag their tails and prance about in loyal adoration even though he feeds them poorly and kicks them about.

The poor pitiful dog in a cage has no reference for real well-being, care and affection. He has not known anything but what is given to him by his master. These obastard followers are no better. They are equally pitiful to a caged dog or just mad and just as dependent. They are terrified of what will happen to them if he leaves them.

it’s the crowds which go to the obama rallies which scare me.
They jump up and down, they cheer him , they shout for him, they chant his name as if he was their messiah.

When he state soemthing such as he wants a million strong security force to match that of the military they cheered, they clapped and they loved it but ask them after their rally what he meant and they have totally no clue.

obama voters after 2008 have gone down as the dumbest most ill informed voters in history and if they vote for him again then I dispair, that is if I can anymore.

he obama is no longer a candidate HE IS THE PRESIDENT

his arrogance had to say this

It would be comical if it were not so pitiful and frightening:

“I want a popsicle!” massive applause

“You are all a bunch of myopic fools!” Yeah! Right on, right on! More massive applause.

There's still time for these females to wake up from their trance before election day.

I think Ryan’s comment “College graduates should not have to live out their 20’s in their childhood bedrooms, staring up at fading Obama posters and wondering when they can move out and get going with life” is one of the most profound so far in this election.