...I recently had the opportunity to sit down with “Deep Quote” - as he’s known to the rest of the world, or Little Mo as he’s known to the MOTUS community - to find out what he’s discovered about the DOJ Fast and Furious scandal so far. Our first interview was brief, as he’s still getting a lay of the land over at Justice... 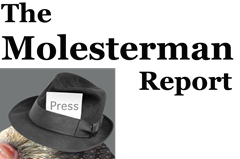 MOTUS: So, what have you been able to dig up for my readers today Little Mo “Deep Quote?”

DQ: Well so far, all I’ve been able to determine while digging around here is that there are a whole lot of documents missing. No one willing to say exactly where they are, or what might have happened to them, but I can tell you there’s a new, large SEIU operation set up here.

MOTUS: What are you implying?

DQ: Nothing really. You’re smart enough to connect the dots for yourself. Last week a 150 member SEIU “storage” team showed up on site to “store” thousands of documents. And then, coincidentally, 10 new industrial strength shredders just showed up that are operating 24/7. I haven’t seen anything like this since ENRON.

(Read the rest of the "interview" Here)

Dang is it to late to get stock in a paper shredder manufacturer.

The Democrats sure went after Reagan with that Contra thing. 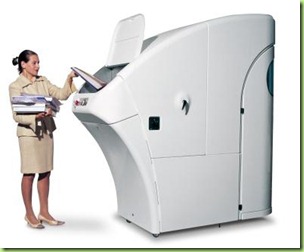 Obammy: 'We have an order for 10 tons of confestti but I don't think we have enough scrap paper to handle it!

Does anyone recall when Nixon asked to provide edited transcripts of his conversations to the various committees? Of course he answer was no way. So, why does Obummer think his trained pet would get a difference reception now when he offered to provide those documents be believed would be sufficient in return for ending the inquiry.

I was waiting for Issa to say, gee, I may have been born at night, but it was not last night.

obama will get away with all of this because everyone challenging him will be called racist. The republicans could have stopped this if they’d have fought back the first time any of them were called racist instead of ignoring the slander and libel. But, they didn’t because they’re cowards who love their power and perks.

Are they? No. They’ve already shredded the papers, burned the shreds and sent the ashes out to sea in that bundle that was supposed to have been OBL.

Come on now, Bill Clinton killed a lot more people than Obama has.

However I don’t remember Clinton ever having the balls to just basically say “I’m not going to enforce any law I disagree with” such as the recent Amnesty or DOMA.