Why are white protestors largely missing in action at the Trayvon Martin rallies?

Across America, thousands of protestors are attending rallies for Martin, the 17-year-old black teen who was shot to death on February 26 by George Zimmerman, a neighborhood watch volunteer in Sanford, Florida. Even in Toronto, Canada and as far away as London, England, where racial profiling also occurs, demonstrators sported hoodies and demanded justice for Martin in front of the U.S. Embassy.

For people of all backgrounds in this country, Trayvon’s death is striking a nerve. Over 2 million people have signed a petition on Change.org demanding justice — a petition started by a Kevin Cunningham, a white man who studied law at historically black Howard University.

And to be sure, many non-black people are attending the rallies. But it is worth noting that while blacks are anywhere from 12 to 33 percent of the population in the communities holding these rallies, 90 percent of the protestors appear to be black, based on media observations.

As one presumably white person said on Facebook while commenting on a photo of the Sanford rally, “Where are all the white people? We need to stand together.”

Another person, presumably a white woman, asked on Facebook, “It’s good to see these people fighting for justice for Travon and his family. That guy is a murderer. One thing. Where are all the white people? just sayin’ sic!”

And on a Topix message board a (presumably) black person asked of the protests around the country, “Where are all the white people, its mostly black. This was a killing of an unarmed 17 year old buying candy and a drink, that was gunned down in cold blood. Everyone of all races must be angry and outraged, because it could have been any child of any color. I do agree 100 percent it was racial, but everyone needs to be upset.”

So what’s going on here? Some black folks in Sanford suggest that many whites are supportive, but do not want to display any public sentiments for fear of being called a “ni**er lover.”

African-Americans, who are all too familiar with institutional racism, understand the significance of the Trayvon Martin killing and the response — or lack thereof — from law enforcement and the prosecutors. That someone can shoot down a black boy with impunity, and without arrest or indictment, has elicited a visceral reaction from many people. However, for those who have a black son, this is personal. It hits close to home because the lives of their children are literally on the line.

Like Emmett Till’s mother back in 1955, black parents these days worry that their sons are in harm’s way, and instruct their children on how to comport themselves when stopped by police. Too often, society equates black skin with criminality.

“Walking while black — merely being black — still seems to be a crime in this country,” said Richard Cohen, president of the Southern Poverty Law Center.

“Sadly, such assumptions are made about black youth every day. And they play out in a million disastrous ways. They play out in schools across the country, where black youth receive far more discipline referrals than their white counterparts for similar kinds of minor misbehavior. They’re apparent in the statistics that show black youths are much more likely to be stopped by police and to be arrested than their white peers for similar offenses,” Cohen added.

“This is not news to folks of color. This is what happens, and has happened for years,” said Tim Wise, an anti-racist educator, writer and activist on The Melissa Harris-Perry Show.

Wise notes that anti-black bias is common among whites, and that people of color, including one-third of blacks have internalized racial bias. “White folks can say I am Trayvon Martin to try to show solidarity. The reality is for a lot of us we are more like George Zimmerman, and we have to be honest about that if we are going to move forward,” he added.

In a nation where black children are missing or killed every day, yet receive no media attention, Trayvon Martin became in effect a missing white girl, according to Evan Shapiro, president ofIFC.

“When a young white girl goes missing in America, it immediately becomes a national story. Nancy Grace dedicates her show to every aspect of every missing girl, regardless how long a case drags out,” Shaprio wrote in the Huffington Post, “However, when a young black person is killed or goes missing in America, very few people outside their family hear about it. If not for his parents, their attorney, the current political season and the upswing of social media, this might too have been the case with Trayvon Martin.”

America is used to ignoring black deaths. During the civil rights movement, when black people faced a constant threat of murder by the Ku Klux Klan and the police, it was the violent murder of white activists that arguably helped turn public opinion.

In 1964, the disappearance of three civil rights workers in Mississippi — two whites and one black — and the discovery of their bodies created a national outrage leading to the passage of the Civil Rights Act. Further, the murder of Viola Liuzzo – who was killed by the Klan following the Selma to Montgomery, Alabama marches in 1965 — was cited as a factor aiding the passage of the Voting Rights Act.

Meanwhile, fast-forward to today, and a highly charged political environment has caused some whites to choose sides in the Martin case. In their eyes, clouded if not blinded by racial politics, the killing had nothing to do with race.

When President Obama suggested that his son would have looked like Trayvon, some white conservatives condemned his statement. Presidential candidate Newt Gingrich called Obama’s remarks disgraceful. Robert Zimmerman, father of the gunman, decried the “hate” coming from President Obama, the NAACP and the Congressional Black Caucus.

Fox News has been criticized both for its lack of reporting and its biased reporting on the Martin case. Fox News host Bill O’Reilly accused the media, particularly MSNBC and CNN, of stirring up racial animus and putting innocent people in danger.

O’Reilly accused the media outlets of “exploiting the terrible death of 17-year-old Trayvon by convicting the man who shot him, George Zimmerman, of wrongdoing on television.”

And Joseph Farah of WorldNetDaily said ”[W]hen the race hustlers like Al Sharpton, Jesse Jackson and race hustler-in-chief Barack Obama started exploiting, I began to think we were being conned once again, by (the) vicious, biased, America-hating, leftist-controlled press.”

And so, it is no wonder that whites are scarce at the Trayvon Martin rallies. 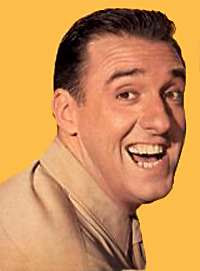 Do I even have to say it?

Where are all of the Hispanic people who don’t belong to SEIU?

Where are all the white people? At work, so these lazy jerk can stand around doing nothing!

I don’t get obama bucks.

I wonder how this "white man" defines "justice". A lynching?

"As democracy is perfected, the office represents, more and more closely, the inner soul of the people. We move toward a lofty ideal. On some great and glorious day the plain folks of the land will reach their hearts desire at last, and the White House will be adorned by a downright moron."

I just have one question.

We are a racist society, right?

“Come and get your beat down, crackas”

Did Blacks used to go to Klan rallies?

And in other news, Jews were few and far between at the Neo-Nazi rally today. And strangely enough, there weren't any people of color at today's Klan march.

Are these people stupid, or what?

I found them. they are next to me doing community services like painting houses, cleaning yards, helping during hurricanes. i too look around and all i see is one color. sadly said.

“So what’s going on here? Some black folks in Sanford suggest that many whites are supportive, but do not want to display any public sentiments for fear of being called a “ni**er lover.” “

I don’t go to rallies for white thugs, or any other races’ thugs, either.