DUmmie nadinbrzezinski is my choice for DUmmie of the Year. There, I've said it. I'm committed. The Rubik's Cube has been crossed. I will ride this horse till the cows come home and reach their tipping point.

Now I know many people have an animus against Know-it-all Nadin. True, she is condescending, annoying, and paranoid, and she talks out her ass half the time. (The other half, she merely mangles what she finds on the google.) But these are the very qualities--the very qualities, I say!--that make her so amusing and so DOTY-worthy. So I urge you: VOTE NADIN.

Look at her body of work since last year's DUmmie of the Year competition. These are the DUFUs I have done in which Know-it-all Nadin was the featured performer (I include a DUFU from December 17, 2010, since that was after the DOTY deadline of last year):

The literary output of this woman! Impressive. Gargantuan. The stuff of legend. And the depth of wisdom! The Sage of San Diego, I call her.

And this is just the tip of the icebergzinski. Think of all the other posts Naddie has made, providing us with an endless stream of laffs and gaffes. Indeed, no one has provided more entertainment this past year than our gal Nads!

And now this week, the World's Foremost Authority adds to her oeuvre, here in this THREAD, from Wednesday, "So last night LAPD showed up with L-3 Hazmat suits."

Nadin Brzezinski, reporting for DOTY! So let us now enter the Mind of Nadin, in Rubicon Red, while the commentary of your humble guest correspondent, Charles Henrickson--who has human waste on his mind, too, since he is preparing for his first colonoscopy on Tuesday--is in the [brackets]:

So last night LAPD showed up with L-3 Hazmat suits

the lowest level of Hazmat suits, since they were to clear a camp and as they put it, they were afraid of human waste.

[Waste is a terrible thing to mind.]

This is another effort in the process to dehumanize OWS and make them look dirty and DIFFERENT from you.

[The OWSies, different from us?? No way!] The media has been going on and on and on as to how dirty these camps are. I have visited a camp, I can tell you that yes, they have a homeless population, which was there before OWS showed up, And I can tell you this was sheer theater to dehumanize OWS. . . .

[Inspector Brzezinski gives all OWSie camps a clean bill of health and the Good Hazkeeping Seal of Approval.]

For the record I did transport a patient who WAS homeless. . . .

[This was not from the OWSie camp. This was from back in the days when Nadin was some sort of paramedico in Mexico, thus making her an authority on all things remotely related to disease, disaster, and human waste.]

who was covered in human waste, and a few maggots, as in a few thousand of them on an infected wound, and lice.

[I think this must have been benburch, out on a play day.]

We did NOT wear hazmat of any kind.

Why am I telling you the story?

[To impress us with your wide-ranging, encyclopedic knowledge, of course.]

Because this was theater, of the worst kind.

[Now Nadin is a theater critic.]

As to that patient, he was also not quite alright in the head, so ended up . . .

[. . . in DUmmieland, where this is an entrance requirement.]

We also transported another one who fell on a septic tank. . . .

[When reading Nadin's stories, it's OK to fall in the skeptic tank.]

again, no hazmat... and trust me, the decon was all but fun for either of them, or the rigs.

[We trust you, Nadin--as far as we can throw you. And thanx for dropping more insider lingo: "the decon," "the rigs."]

So no, LAPD engaged in a tad of theater last night... the kind of theater that is meant to dehumize the movement. And what is sad is that people who should know better, fall for it... that is what is sad.

[Nad is sad. She DOESN'T fall for it, of course. But everyone else, all you peons out there, you DO fall for it. And so you should be grateful--D*MN grateful--that you have Know-it-all Nadin here to straighten you out!]

[Nadin has checked, and no, it is not dead.]

As I wrote the other day...

[When Nadin needs to cite an authority, she quotes herself. She is the Most Knowledgeable Woman in the World.]

it will evolve and again surprise the powerful that is truly going after... it is NOT done.

[There! That settles it. Nadin has spoken.]

[Now let us hear a grateful DUmmieland express their gratitude to the All-Knowing One for dispensing her wisdom from on high . . .]

Ours is/was spotless! People even cleaned nearby 5 Guys' bathroom!

[OWSies are like Boy Scouts: They leave the place cleaner than they found it.]

I was at that site three times for hours on end and the only issue was the porta-potties. . . . [Other than people not waiting for the porta-potties. But even that, what with all the vegans there--it wasn't so bad. Added sort of a natural, farm-like quality to the place.]

they do NOT want us to realize our strength in unity, our recognition of each other. They want us to go sit back down, alone, in front of a television. . . .

[Which is what Pitt is doing. Hey, I think the Bruins are on tomorrow, Will!]

You eat the media meme as much as you wish. . . . THINK NAZI GERMANY. THINK INDIAN WARS. THINK ANY WAR WHERE YOU NEED TO MAKE THE OTHER.

[Nadin has a Th.D., Doctor of Thinkology.]

I read a news article on Google news that said there was 30 tons of trash and the strong odor of urine and feces at the encampment. Not true? Is AP lying?

[You're going to believe everything you read on the google?? Over Nadin??]

if you cannot spot the propaganda I cannot help you.

If you have information to the contrary (an article from another source, pictures of the camp from today), then please provide it so we can all be as well informed as you apparently are. I'm sorry, but your word alone will not cut it when making such pronouncements.

[DUmmie SlimJimmy has fallen in the skeptic tank.]

Gone to a camp? No, I am being very serious here. . . . You really need to get out of the house a little more.

[Whoa! Nadin has shot YOU down, DUmmie SlimJimmy!]

So, in other words, you can't provide any articles or pictures from today that disprove what the AP article stated.

What that you believe MSM story lines on this We know that already. If they tell you there were golden turds there, you'd believe it.

[Nadin visited a camp once, and she found NO golden turds.]

and yes Slimjimmy we have a history of the US Media doing this sh*t, going to at least the 1920s and the Turner Raids, so sorry if I call them as I see them...

[Nadin has a degree in HISTORY, d*mmit!]

Oh and one last thing, it is an INFORMED OPINION BY A LONG HISTORY, which allows that propaganda spotting.

[I'm guessing this will NOT be Nadin's one last thing.]

Have a good life slimjimmy and enjoy the propaganda, it is just going to get that much worst, given that pesky HISTORY...

I have no clue what your problem is dude, but certainly it is not mine, Have a good fracking life.

You don't need hazmat suits to deal with sh*t and p*ss.

[You just need NADIN BRZEZINSKI to give you the straight scoop!]

You don't know the actual reason they chose to wear the suits. . . . So what you're proposing is pure speculation, so are you saying nobody but you is allowed to speculate and if they disagree they must be eating "propaganda"?

Perhaps due to life experience my ear is tightly attuned to this crap... Just a little over 24 business hours for you to get in your nominations for DUmmie of the Year and the other major awards. You can post your suggestions here, where hopefully franksolich or Ballygrl will see them, or you can take them directly over to Conservative Cave and "The DUmpster," where the nominations are being gathered:

Now if you could just make 1st prize a brief moment of (startling) clarity...

Nadin must be educated - she knows everything. Unfortunatly, she knows what she believes, and if it isn’t true (if she said the Pilgrims landed at Tampa, and you tell her she is wrong, you would be wrong) you will be called a Conservative.

LOL! She tricked us! 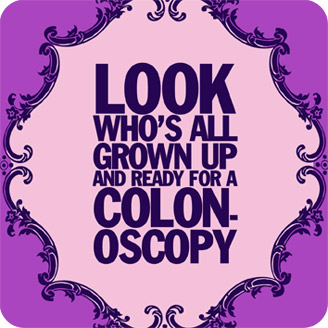 Have fun!! (been there, done that)

benburch gets a colonoscopy every week, I think.

He even volunteers to take other people’s colonoscopies for them.

Everybody needs a hobby.

[. . . in DUmmieland, where this is an entrance requirement.]

LOL. Normal folk like me just wouldn't fit in at OWS or DU.

We also transported another one who fell on a septic tank. . . .

[When reading Nadin's stories, it's OK to fall in the skeptic tank.]

Every time I've been to the DUmp, I feel like I was in a septic tank.

I had my second one last week Monday. The prep is the worst part, but at least I could eat more on Thanksgiving!

The DUmmies are more used to "shear theater", where they're fleeced, e.g., Bev Harris and Andyscam.