Read what she has to say :

# It truly has been breathtaking, especially over the past month

# What I want to say most, is how much I appreciate the undying support and enormous love that you have showered upon me

# I’ll miss nurturing all the new talent,but most of all being a part of a show that I helped from day1 become an international phenomenon.

# With sadness in my heart, I’ve decided not to return to IDOL. I’ll miss nurturing all the new talent, but most of all..Cont'd.

Needless to say, I am shaken to my very core by this.

They simply weren’t going to offer the mega-contract deal that the other guys had received. In effect...they encouraged her to leave. Her time had come....and gone. New career? Doubtful.

I don’t know if you have seen this. What are we gonna do without Pauler to giggle at—er-with?

Oh noes what are we going to do?

That’s my guess too.

I knew this was eventually going to happen when they brought in Kara DioGuardi last season. I was always wondering why there was the need for a 4th judge and a female at that.

Paula, last I heard, was making about $5 M from the show. She was negotiating for something like double that amount ( Ryan Seacrest is now earning $15 M a year ).

Apparently the negotiations broke down. 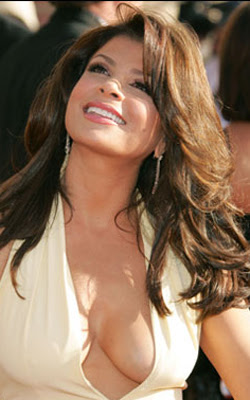 It is just the meds talking.

No one walks away from the kind of money they are paying the judges.

Are you sure it's just not gas?

The best picture Ms. Abdul will ever take.

Yea, the same way the politician caught with the young boy decides to retire... Why do people write this crap? You got forced out, that's the way it goes, no need to try to save face, just state the truth.

Yes, it could be a negotiating ploy.

I still think she is one hot mama