Near silence from the American mainstream media, but this news item from the Brits about Obama appointing one of his key fundraisers as Ambassador to Great Britain:

Barack Obama has been embroiled in a cronyism row after reports that he intends to make Louis Susman, one of his biggest fundraisers, the new US ambassador in London....

Nice work if you can get it. And can stand to sell your soul to ‘The One.’

Based on the title, I thought that the article was about Monica Lewinsky.

Ambassador to the Court of St. James. The old Joseph Kennedy post, sent there by FDR to get him the hell out of the US. At which point Papa Joe began his fervent quest to legitimize the Nazi regime in Germany unabated.

I thought this was going to be about Bill Clinton.

Well, it’s all coming together for them then, isn’t it? While the Sheeple sleep...

6 posted on 02/22/2009 7:52:26 AM PST by Diana in Wisconsin (Save The Earth. It's The Only Planet With Chocolate.)
[ Post Reply | Private Reply | To 4 | View Replies]
To: Legal Insurrection
The selection of Mr Susman, a lawyer and banker from the president's hometown of Chicago, rather than an experienced diplomat, raises new questions about Mr Obama's commitment to the special relationship with Britain.

Hussein stinks...and the US media is high on air freshener.

I guess what is so offensive is Obama’s total seriousness about this. He just doesn’t give a d*mn what people think or how it makes him look domestically and abroad.

8 posted on 02/22/2009 7:55:04 AM PST by bergmeid (Bambam and the Democraps)
[ Post Reply | Private Reply | To 1 | View Replies]
To: bergmeid
I guess what is so offensive is Obama’s total seriousness about this. He just doesn’t give a d*mn what people think or how it makes him look domestically and abroad.

And there was a reason for it...

Another way to tell Britain they don’t mean squat to Obama. First sending a national treasure back to them in a crappy way (dumping it off at the ambassador’s house) and now sending some schlup as the ambassador to their country.

Britain was worried about this before the election and it seems their fears were well founded.

I remember reading how the ambassador sent word to the Prime Minister that he thought Obama was “arrogant”. HA!

10 posted on 02/22/2009 8:17:50 AM PST by autumnraine (Freedom's just another word for nothing left to lose- Kris Kristoferrson VIVA LA REVOLUTION!)
[ Post Reply | Private Reply | To 1 | View Replies]
To: bergmeid
He just doesn’t give a d*mn what people think or how it makes him look domestically and abroad.

"Go ahead, raise a stink. What ya'll gonna do about it? Silly serfs."

I remember seeing a lot of posts in the Daily Mail by a lot of Brits, telling us NOT to elect this Mugabe like snake oil salesman.

Of course, he was voted in by a bunch of idiots.

Barack Hussein Obama will propose a massive business tax on greenhouse gases in his FY 2010 federal budget to be presented this week.
The massive tax increase and power grab was buried at the end on article on Obama's forthcoming budget proposal in The New York Times:

Obama Upholds Detainee Policy In Afghanistan: The Obama administration told a federal judge military detainees in Afghanistan have no legal right to challenge their imprisonment there, embracing a key argument of former President Bush’s legal team

(The rest of the list is on my profile page) 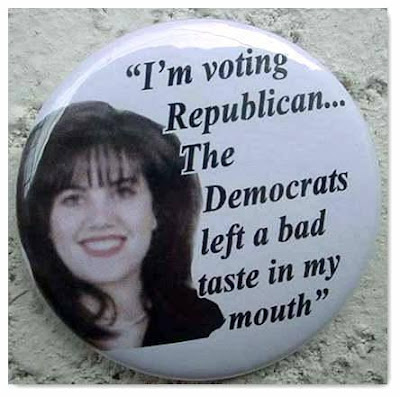 Uncle Joe Stalin thought pretty much the same way.
And there was a reason for it...
________________
You got it. He keeps on doing these things, the MSM is silent as he quickly takes over this country. I’m telling you, there will never be another election. He plans to be there for life.