Knife-wielding Craig Winwood has been jailed after threatening to stab police officers during a three-and-a-half hour siege.

The 35-year-old had drunk 11 cans of Stella when he locked his partner outside their Norton home - and refused to open the door for police.

He threatened to baseball bat anyone who entered the property and brandished a knife.

But when police cut a hole in the door the defendant eventually passed two knives through before leaving the property to end the stand-off.

Now Winwood - who has 21 previous convictions for 61 offences - has been jailed for 14 months at Stoke-on-Trent Crown Court.

Police had been called to a report of a disturbance at the defendant's home in Intake Road, Norton, at 9.45pm on August 15

Prosecutor Hugh O'Brien-Quinn said: "When the police arrived the defendant was inside his upstairs maisonette.

"His partner was outside. She was upset but denied there had been any disturbance. Police knocked on the door. There was no reply. The defendant's partner tried to open the door but it was locked.

"The defendant appeared at the upstairs window, leaned out and shouted at the police, calling them 'k***heads'. He threatened to baseball bat anybody who came through the door. He was told to stop making threats.

"He said he had a knife and would stab anyone who came in. He brandished a knife from the window.

"He refused to reason with officers. He continued to threaten to stab the officers.

"Eventually the police made a hole in the front door. He was persuaded to come downstairs. He told them they were all going to be stabbed.

"Eventually he did engage with the police negotiator. He passed two knives out of the hole in the door before opening it and coming out.

"The defendant made one last attempt to provoke the officers by saying, 'Come on then, let's have it,' and pushed against a plastic shield. He was taken to the ground and arrested at 1.15am."

In his police interview the defendant said he had been to a neighbour's barbecue and had drunk 11 cans of Stella. He denied arguing with his partner and said he must have accidentally locked her out of the property. He admitted his actions were unacceptable.

Arif Hussain, mitigating, said the defendant did not brandish a knife outside the property. The bin man had not offended for about three years.

Mr Hussain said: "He is shocked at his own behaviour. He is deeply ashamed and remorseful. It was alcohol-fuelled. The drink had an adverse effect on his behaviour."

She said: "You behaved in a way that not only caused a public disturbance, it undoubtedly caused those present at the scene to fear for their personal safety."

Bin man or Dustman is British English for trashman or garbageman. 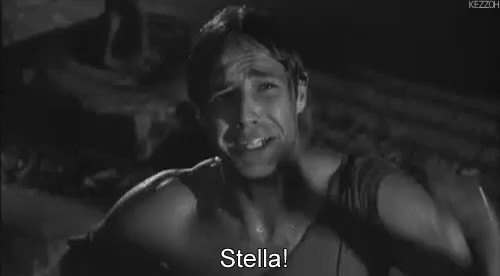 Quite the Stella commercial...

Had to look it up. For its alcohol content, they could have simply said he downed 11 beers.

Hah, perhaps that’s why the author was so diligent to name the brand!

Stella is way better than most big name beers in the U.S.

Stella (Belgian) was the most popular beer in the U.K. for a long time, if not still. The U.K. is not as lager-centric as the U.S. (A pilsner is a type of lager)

11 posted on 09/21/2020 11:02:49 AM PDT by nickcarraway
[ Post Reply | Private Reply | To 6 | View Replies]
To: nickcarraway
Ok, I'm confused. Are they referring to Stella Artois or the Egyptian beer Stella? When I was working in Egypt everyday in the 110 degree weather when I would get back to my hotel room after a long day, I would collapse on the bed, call room service and yell "Hey, Stelllaaa!"

They never got the double entendre, but they figured it our pretty quick!

You’ve always depended on the kindness of Egyptians.

A tale straight out of Theodore Dalrymple’s “Life at the Bottom.”

Did he really have a baseball bat? I thought nobody in England played baseball.

Have you ever tried to assault someone with a cricket bat?

No. For that matter, not with a baseball bat either.

We need to ban this dangerous drug.