Republican Sen. Lindsey Graham is stuck once again between a President whose support he needs to win re-election and his lifelong friendship with the late Arizona Sen. John McCain, who encouraged all to put country first.

But time and political necessity have softened Graham's public grievances with President Donald Trump. The presidential embrace has been months in the making. Beginning with golf outings with Trump, Graham now frequently takes calls from the President.

In recent months, the South Carolinian has become a close Trump confidant on Capitol Hill, an alliance that has afforded him broad influence over the GOP conference and the White House, but at times tested his ability to defend his friend McCain from Trump's harsh attacks.

During Supreme Court Judge Brett Kavanaugh's contentious confirmation battle, Graham snapped at his Democratic colleagues for what he said was the biggest "unethical sham since I've been in politics," a moment that was largely seen as a public opportunity to side with Trump in a battle that had divided Republicans behind the scenes.

I didn’t think it was still possible, but I lost my appetite.

Does the Clinton News Network think that supporting the President is somehow un-principled?

Ah, the worm is turning.
Since this is a CNN article must take it at face value.

That they feel Graham should crap all over PDJT because PDJT speaks the truth when it comes to McCain.

Someone needs to remind CNN that McCain would have had a career asking “Do you want fries with that” had his Grandfather & Father been plumbers or construction laborers.

McCain got his ‘free pass’ when he and John Glenn were ‘paid back’ for their service and hardships endured while in the Military when they both ‘skated’ on the ‘Keating 5’ BS. 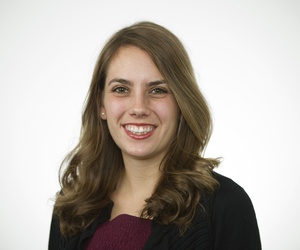 McCain is dead; he doesn't care what Graham does.

They can’t stand the idea that Graham saw the light!

Lifelong friends? Does the plain meaning of words matter at all to news outlets like CNN? Graham and McCain were not friends for the length of either of their lives. Graham wasn't in Washington as a Representative until 1995, and he wasn't in the Senate until 2003, so we're talking perhaps a two-decade-long friendship at best.

How is it unprincipled to acknowledge that?

Perhaps Graham has grown up a lot and realized that McCain was out for McCain only, not for America.

I once admired McCain but as he got into politics, his whole demeanor changed and it was all about power and his legacy. Now he has none and nobody cares about him anymore.
That is his legacy. He earned it.

I hope Team Trump realizes that Lindsey does this every time he has to endear himself to the SC voters in order to slither through another reelection. History says it doesn’t last once he’s secured another six years.

What a stinky, steaming pile of crap.

CNN has principles?! Hahahahahaha do they know the meaning of the word?

Heck lindsey is no longer my most hated republican

How is Graham stuck between a DEAD man and a LIVING POTUS IN OFFICE?

A dead Moron and Traitor no less who was on the wrong side of history in so many instances!

I wish he was buried on Staten Island so I could dance on his grave once a day.

And yes, I hate those few RINOs that have voted against Trump the most. I forget their names.

Graham gets it right sometimes lately.

To CNN, I suppose, being “principled” means stabbing the American people in the back every chance one gets.

The way I see it, Trump has inspired Graham to grow a backbone and do what is right, i.e., represent the voters instead of angling for political gain.