President Obama referred to the Bible during a speech on immigration Tuesday in Nashville. But there was a problem: Strictly speaking, one of the lines he cited appears nowhere in scripture.

"The good book says, don't throw stones in glass houses," the president said. "Or," he added, "make sure we're looking at the log in our eye before we are pointing out the mote in other folks' eyes."

Obama and Gruber seem to have something in common: They both believe we Americans are "stupid." Hilarious. Don't Obama and his staff use GOOGLE? All they had to do was Google something like this; "When was glass first used in a window?"

As the bible says: "people who live in White Houses shouldn't throw stones, or throw anything for that matter."

As Moses and Abraham said in the Bible:"What is glass? What is a glass house?"

As Jesus said in the Bible:"People who live in glass houses must be very rich and special, because glass windows have not been invented yet."

But, but Mommy told him that he was omniscient and had total knowledge by the age of six. Mommy said yes!!

22 posted on 12/10/2014 11:28:29 PM PST by lee martell
[ Post Reply | Private Reply | To 21 | View Replies]
To: boatbums
Glass was a precious material in Egypt; and even in times of Roman Empire it remained such. Glass was used mostly for jewelry (such as beads,) and no common person in his right mind would even think that a house could be built from glass. Such an analogy would be a likely anachronism if present in the Bible.

Glass making took off much later, in Middle ages, which places it at least a thousand years later than biblical times. First flat sheets of glass, small and not very smooth, were produced by blowing a piece of glass into a sphere or a cylinder, and then cutting it up and rolling with a pin into flat pieces. That glass went into best houses, which included some churches where everyone could see it. That glass was very expensive. From that point on glass became known not just as a material for bottles, but as an architectural material - and that's when the earliest references to the proverb start appearing.

Naturally, "the smartest man in the room" cannot be expected to know the most basic facts of history of western civilization, or know what the island of Murano is famous for.

Right. It is straight out of Alinsky. Make your opponent adhere to their standards.

...and Howard Dean loves the New Testament book of Job.

Stoner line. Straight out of Cheech and Chong.

Clinton? Oh, yeah, he was the Bible scholar who told us that Jesus’ parents were homeless.

“Good Book”? Maybe he was referring to the Koran? The Dear Leader can get so confused without his teleprompter.

I think it’s obvious the Puppet is confusing his night stand reading.

The Left does it to point out the faults in others. The Bible tells us to recognize the faults within ourselves....

From the holey Koran used for target practice.

From the same mind which has visited all 57 states.

You are right. Don’t know why I typed “White.” White was actually a pretty good justice, although a democrat.

I’m not so sure Douglas was senile. I think he wrote what progressives genuinely think. So it sounds crazy to normal people.

37 posted on 12/11/2014 5:01:05 AM PST by edpc (Wilby 2016)
[ Post Reply | Private Reply | To 1 | View Replies]
To: boatbums
"Verily I say unto thee. He who abides in the houses of glass shall witness Lamentations when his enemies cast rocks at him and the stones of the wicked smite his walls. Therefore, come out of the houses of glass and enter into places of refuge unto the Lord." -- First Barack 1:37. 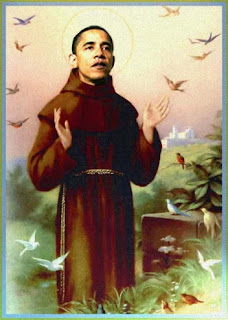 The author did mention that since the Zero was speaking sans TelePrompter, he probably was thinking “moat” instead of “mote”. ;o)