People fear, loathe, and ignore change. The term “Brontosaurus” lost its official status to the correct “Apatosaurus” over a hundred years ago, but try telling that to a dino-loving kid. Those of us raised to believe Pluto is a planet will be sticking up for that demoted little rock till we’re buried. Recently, the Scrabble world went into a code-4 uproar when it seemed that the rules might be changed to allow proper names. (Don’t worry, folks, the change only applied to a new game called Scrabble Trickster.)

When it comes to the meaning of words themselves, change is even more upsetting. In a terrific article for the Boston Globe, Erin McKean looked at how “guys” is now frequently used to address groups of men and women. She writes: “Whether from a dearth of suitable alternatives or just from habit, ‘you guys,’ if not completely entrenched, is well on the way to being the standard casual way to address a group. Rather than fight that battle, we may want to save some indignation for the next awkward form of address to surface. I’m thinking it’s probably ‘dudes.’ (Seriously, dudes.)”

I know a segue when I see one. “Dude” is a magnificent specimen for discussing language change in general, because its meaning has shifted and shimmied a ton in a relatively short period of time.

Originally, back in the 1800s, “dude” referred to a dandy-ish sort of doofus. As the Oxford English Dictionary puts it, “dude” was “a name given in ridicule to a man affecting an exaggerated fastidiousness in dress, speech, and deportment, and very particular about what is æsthetically ‘good form’.” Later, in the American West, the term came to refer to “a non-westerner or city-dweller who tours or stays in the west of the U.S., esp. one who spends his holidays on a ranch,” and the tourist-attracting, money-making ranches they visited were "dude ranches."

In the 20th century, “dude” evolved to take on a more neutral meaning. The term was adopted in the black community, then as now a prime spreader of new words and meanings. This 1967 OED example reflected the shift in meaning: “My set of Negro street types contained a revolving and sometimes disappearing (when the ‘heat’, or police pressure, was on) population... These were the local ‘dudes’, their term meaning not the fancy city slickers but simply ‘the boys’, ‘fellas’, the ‘cool people’.” In the sixties, the term attracted more coolness as it was embraced by surf culture, and by the seventies, a dude was just a guy.

The dude-slaught gained momentum through the 1980s and 1990s, as the Teenage Mutant Ninja Turtles and dude-heavy movies such as Fast Times at Ridgemont High, Bill and Ted’s Excellent Adventure, Wayne’s World, and Clerks helped make “dude” a ubiquitous (and, yep, often annoying) word. "Dude" became a widely used exclamation as well. The interjection sense of “dude” has been spoofed many times in comics and commercials. Here John Swansburg looks at a brilliant Bud Light ad in which the only word uttered is "dude," pointing out the various purposes of the d-word, including “The interrogative dude” and “The deflated dude.”

As for dudes and gender, there is a surprisingly long history of women being dudes—and not just in terms such as “dudette” and “dudine.” The OED records “dude” as meaning “a person (of either sex). Freq. as a familiar form of address” as far back as 1974. This 1981 use is typical: “We're not talking about a lame chick and a gnarly guy. We're talking about a couple of far-out dudes.” But even as far back as 1952, Robert E. Knoll wrote, “Nor do my students believe that a dude must be a man, for a city woman as well as her husband can be a dude.” And in University of Pittsburgh linguistics prof Scott Kiesling’s 2004 article “Dude”—the most recent example of dude scholarship—he found that while “dude” is used most often in male-male interactions, it is used in every possible gender combination, and more among women than in mixed-gender groups. Dude-spouting women share what Kiesling calls the “cool solidarity” that “dude” provides.

In a non-surprise, Kiesling found that men are least likely to use “dude” in “intimate relationships with women,” though they will use it often with close female friends. This confirms the long-held belief that “dude” is not anyone’s idea of an aphrodisiac. Well, unless you’re turned on by wordplay, such as the OED-recorded “dudedom,” “dudeness,” “dudery,” “dudism,” and “dudish”—all used in the late 1800s for foppish fellows—or contemporary spellings such as “dood,” “duuuude,” and “duuuuuuuuuuuuuuuuude.”

And then there are the variations of the stammering Jeff Bridges in The Big Lebowski, a sacred text for comtemporary dudes everywhere:

“I am not Mr. Lebowski. You’re Mr. Lebowski. I’m the Dude, so that’s what you call me, you know, uh, that or, uh, His Dudeness or Duder or, uh, El Duderino if you’re not into the whole brevity thing.“

Who could complain about the evolution of a word with innovations like that? Only those foolhardy or brave enough to risk the cool-free state Bridges' co-star John Goodman described as "very un-dude."

“Dudes”=white punks or young guys
“Dude,” a term of endearment
“A Dude” Its a Dude, not a chick.

I always thought it was all the drugs that caused all “you people” of the ‘60s to bastardize the king’s english, e.g., cool, later awesome, etc.

Gotta admit, i also hated mickey rooney and all that “swell” talk, too.

3 posted on 07/10/2011 6:04:17 AM PDT by gunnyg ("A Constitution changed from Freedom, can never be restored; Liberty, once lost, is lost forever...)
[ Post Reply | Private Reply | To 1 | View Replies]
To: SeekAndFind
And then there are the variations of the stammering Jeff Bridges in The Big Lebowski, a sacred text for comtemporary dudes everywhere:

Their "Duderonomy," as it were.

of course Wilde was a bone smuggler so who knows what kind of attitude he was referring to.

5 posted on 07/10/2011 6:11:02 AM PDT by Vaquero ("an armed society is a polite society" Robert A. Heinlein)
[ Post Reply | Private Reply | To 1 | View Replies]
To: SeekAndFind
Those of us raised to believe Pluto is a planet will be sticking up for that demoted little rock till we’re buried.

I've passed through the five stages of grieving and have come to acceptance.

This article is boss and really bitchin’.

He is handling the money
He’s serving the food
He knows about your party
He is calling you ‘DUDE!’

When Barney Frank’s opponent last year, Sean Bielat, made a TV appearance he was confronted afterwards by Frank’s boyfriend, who kept using the word “dude”. He was nicknamed “Dude” by Howie Carr etc
http://www.youtube.com/watch?v=M_6oh_j1VJk&feature=related

This was carried on by the group Mott the Hoople with the song “All The Young Dudes.” Not sure I ever knew what the lyrics meant. Thought it was bone smuggler talk.

This was carried on by the group Mott the Hoople with the song “All The Young Dudes.” Not sure I ever knew what the lyrics meant. Thought it was bone smuggler talk.

That Balt. police officer got fired for the “dude” incident
(for not filing a police report, I guess; “Rivieri was one year away from getting his full pension.”)

>>The video, apparently shot in the summer of 2007, shows Rivieri putting the youth, Eric Bush, into a headlock and pushing him to the ground. Bush was 14 at the time.

You know what? That incident was...

RE: the word ‘Dude’ was coined by Oscar Wilde who compounded ‘Duds with Attitude’

A dude is an individual, typically male, particularly somebody well dressed or who has never lived outside a big city. The female equivalent, which is used less often, is “dudette” or “dudess”. However, “dude” has evolved to become more unisex to encompass all genders,[3] and this was true even in the 1950s.[4]

The word dude is an American English slang term generally used informally to address or refer to somebody and was once used primarily by adults but this has become a common slang term used in various age groups.

The term “dude” was first used in print in 1870, in Putnam’s Magazine.[5]
One of the earliest books to use the word was The Home and Farm Manual, written by Jonathan Periam in 1883. In that work, Periam used the term “dude” several times to denote an ill-bred and ignorant, but ostentatious, man from the city. The term was also used as a job description such as “bush hook dude” [6] as a position on a railroad in the 1880s.

‘Dude’ is an exceptionally versatile word. Depending on the tone used, it can span a variety of meanings. It can be an exclamation of delight, an expression of dark horror, a cry of anger, a paean of love, and many other things besides. This word is not for use by the novice, and should be considered carefully if heard, to avoid misunderstandings.

‘Dude’ can be used many times in a single sentence, with only the tone and familiarity with the speaker to guide the listener as to the conversation’s meaning.

There are many different stories surrounding the word’s origins. One such story claims that it was created by Oscar Wilde, as a combination of the words ‘dud’ and ‘attitude’. Another claims that the word was formed by cowboys in the West to refer (unfavourably) to city dwellers1. Of course, none of these possible origins change its current complex maze of meanings one whit. 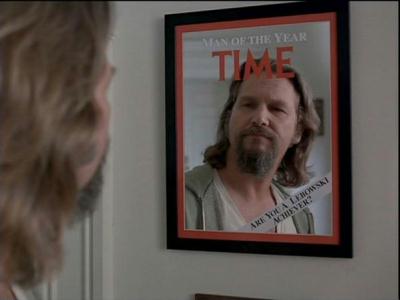 My 7 grandkids call my husband “Dude”.