UPDATE: 8/23/13 1:00PM PDT Its seems there’s blunders to go around. The Washington Post now says they “misquoted” Gore. Given his penchant for saying and doing dumb things in the past related to his views on climate, color me “skeptical”, especially when he makes ugly comparisons about people like he did below. It may be more of a case of some deal was worked out behind the scenes to salvage Gore’s waning credibility. I suppose we’ll never know, but I have asked WaPo to put the relevant audio of the tape recorded session online so we can verify that Gore was misquoted. – Anthony

We are used to such feckless bloviations, such as when Gore said on national television the temperature below the Earth’s crust is millions of degrees. or when he adds reverse rotation airbrushed hurricanes to his book to make the weather look scarier.

Today, the Capital Weather Gang at the Washington Post called out Gore for his nonsense.

But Gore’s statement about this new breed of hurricanes is patently false. There’s no new hurricane category in the works.

Just to be sure, I contacted Chris Vaccaro, director of the National Weather Service’s office of public affairs, and asked him whether the National Hurricane Center is about to unveil the doomsday Category 6. In less than 10 minutes, he fired back this response:

No, we’re not pursuing any such change. I’m also not sure who VP Gore means by “they.” I’d also point out that the top rating, Category 5, has no ceiling: it includes hurricanes with top sustained winds of 157mph and higher

But with his penchant for overstatement, Gore will continue to be a divisive and less than credible voice in climate change discourse.

Read it all here: http://www.washingtonpost.com/blogs/capital-weather-gang/wp/2013/08/22/the-category-6-hurricane-al-gores-science-fiction/

Good for him and kudos for calling out this nonsense. Every time I think of Gore and Cat6, I think of him as the Stay-Puft man in Ghostbusters rampaging on NYC. The only valid question remaining is, why does anybody still listen to him?

Yes, but he only did so in a good cause. It is only by happenstance that he makes tens of millions of dollars. He supports "progressives", so it must be so!/S

Al Gore is a Cat 6 Butthole.

Just remember, we came **this** close to having him in the White House running things for four to eight years. We’d be a lot further down the line towards socialism with him in there.

iPhone doesn’t really use more power than fridge, but scientists are bitterly divided over the smartphone’s carbon footprint

GAO to review how administration developed 'social cost' of carbon

Keep in mind, Gore lost his and my home state, Tennessee.
We always knew him to be a first class jerk.
One other note...Gore has a farm with a zink mine in Tennessee, listed as one of the largest waterway polluters in the state. He is a socialist only by what he can make from it.

Should have contacted NASA instead, they might be the "they" Al heard about and (in typical fashion) garbled, IF they were talking about JUPITER'S winds/storms.

How would you have liked being the TA assigned to read his class papers in any of his college courses? Was that used as a punishment detail? Enquiring minds....

30 posted on 08/23/2013 9:26:47 PM PDT by Lizavetta
[ Post Reply | Private Reply | To 18 | View Replies]
To: AlexW
When Gore ran against W, the oh-so-fair-minded press called Bush "Junior", even though his middle name differed from that of his father... basically as a wat to belittle the candidate. Of course, Albert Arnold Gore Jr's father had the exact same name, the MSM didn't bother to call him "Junior".

The press also continually brought up "no new taxes" and the "sins" of W's father... while ignoring the fact that Senator Al Gore Sr was the #1 voice in Congress opposing the Civil Rights Act of 1964.

The Left cares only for power, nothing else.

LYING....it’s what Democrats do Best!! 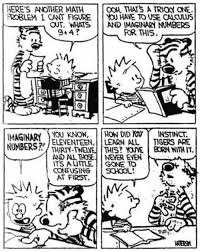