VATICAN CITY (ChurchMilitant.com) - The Vatican is announcing draconian cost-cutting measures to stave off an impending financial meltdown triggered by the closure of the Vatican museums and other tourist sites following the pandemic.

On Wednesday of Holy Week, the Governorate of the Vatican City State issued an internal memo predicting "heavy repercussions" for "the economic and financial situation of the Holy See and of the State of Vatican City" which will "only become more serious with the passing of time."

The registered letter, signed by Cdl. Giuseppe Bertello, president of the Vatican Governorate, warns of an "uncertain future" and admits "we do not know how long the unavoidable economic recession will last."

Employees will no longer be offered overtime, "unless for essential institutional reasons, and if so, to be implemented through flexibility or shifts" and will not be compensated if exchanging holiday leave for work.

The directive calls for a brutal cull of all Vatican conferences, congresses, exhibitions, fairs as well as the scrapping of business trips and purchase of new office equipment and liturgical accessories.

"The Superiors of the Holy See and of the Governorate have been holding periodical meetings on the topic of economics and finance and are well aware that a lengthy period will be necessary for the full restoration of all activities, both of the boards and committees of the Roman Curia and of the management and offices of the Governorate," the letter states.

The closure of the Vatican museums from March 9 onward has resulted in a loss of over 11 million euros so far. With around 20,000 daily visitors, the museum fees generate around 80 million euros each year and around 20 million euros is earned from selling souvenirs and corporate hospitality.


The Vatican museums, a sprawling structure of 54 galleries containing a vast collection of treasures gathered by pontiffs over the centuries, draw in more than 6 million people a year. During the peak season, visitor numbers to the Sistine Chapel alone can swell to more than 30,000 a day.

The Vatican, through its department for the Administration of the Patrimony of the Apostolic See (APSA), employs over 4,500 personnel and pays salaries of 6 million euros per month.

In Dec. 2019, the assets of Peter's Pence were reported to have dwindled since Francis became pope in 2013 from more than $775 million to $665 million. Donations sharply plummeted after news broke that only 10% of donations from Pope Francis' annual charitable appeal was actually being spent on the poor and suffering.

Oh, how I would like a poor Church, and a Church for the poor!Tweet

About two-thirds of the rest of the $55 million in donations for Peter's Pence was being used to fill the Vatican's administrative budget deficit, The Wall Street Journal reported.

In Oct. 2019, investigative reporter Gianluigi Nuzzi's book Last Judgment (Giudizio Universale) predicted the Vatican would be forced to default financially by 2023 and employees would lose their pensions.

With remarkable prescience, Nuzzi compared the Vatican's "structural" deficit to "a virus that seems truly unbeatable" calling it "a voracious and insatiable parasite, always attacking a wealth accumulated over the centuries, thanks to the pious offerings of the faithful." 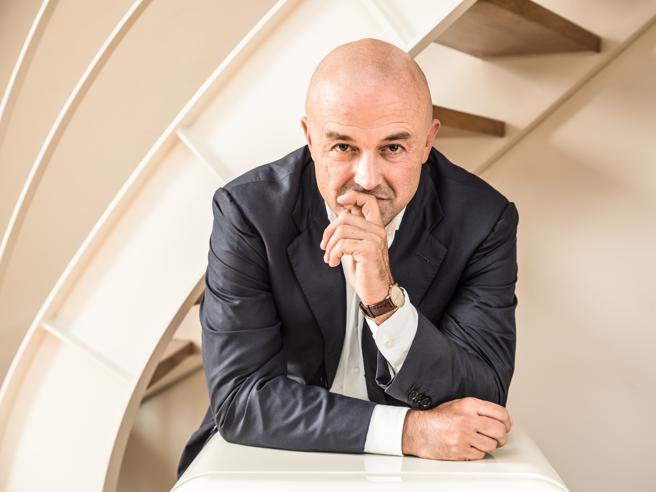 "If Francis' pontificate fails, it will not be because of the instrumental attacks of the most conservative Catholics, nor because of the crisis of vocations or the reduction in the number of faithful. It will be due to the financial crash that promises to be ever closer," Nuzzi wrote.

The Vatican dismissed the claims, with head of APSA Abp. Nunzio Galantino stating: "There is no threat of default here. There is only the need for a spending review. And that is what we are doing."

Before the pandemic, the churches were expecting a tax income of 12 billion euros. However, the crisis will result in tax income of 10–15% less than they had budgeted for.

If Francis' pontificate fails ... it will be due to the financial crash that promises to be ever closer.Tweet

Cardinal Reinhard Marx, former head of the German Bishops' Conference, admits that the pandemic "represents a major financial challenge" and the "loss of revenue may be huge" with "consequences for Church institutions."

"We will probably have to do without some things with us," he laments, denying nevertheless that the Vatican might have to face bankruptcy.

In 2013, shortly after his election as pope, Francis exclaimed: "Oh, how I would like a poor Church, and [a Church] for the poor!" The Holy Father's wishes are coming true, albeit differently from the way he might have desired.

So many things I thought I’d never see. I never thought I’d see a time where hearing something like the Vatican going broke makes me smile. My mother was a Catholic.

This virus brought to you by the nation which is “best implementing the social doctrine of the Church.”
-Pontifical Academy of Social Sciences, Bishop Marcelo Sánchez Sorondo

Why is it a black hole?
Why is it not a Argentine Socialist Hole?

They will sell the art of the church, the next thing you will hear is how many private museums exist in China.

Arabs will buy all the Western art and set it on fire.

Doom and gloom but thats worse case I can see atm.

Fiscal stability is not on the Popes radar. Climate Change is. Try to stay focused.

8 posted on 04/14/2020 11:51:20 AM PDT by BipolarBob (Don't cough on your keyboard because everybodys virus protection may not be updated.)
[ Post Reply | Private Reply | To 1 | View Replies]
To: brownsfan
not a practicing Catholic but I want to be.....the Vatican going broke simply means they'll close and sell many churches without a thought....

Because the concept of holding it in trust so that non-billionaires will have a chance to see it is foreign to you.

How do the poor benefit if the art vanishes into the private collections of narco traffickers and St. Peter’s is converted to a nightclub?

They must not be good stewards of the money they’ve raked in over the years....there’s a parable in that somewhere...

How do the poor benefit? I don’t know. Maybe they can eat or have heat or get health care.

I find it outrageous that those who vow “poverty” have billions in art.

And I’m sure plenty of the pieces would end up in museums. Which have free days.

They could even sell under those conditions.

As for St Peters why a nightclub? It could be turned into a museum for instance.

Or made into socialist housing since that seems to what the pope is telling us is the way to go.

The Vatican doesn't own "many churches".

My grandmother used to say “It’s an ill wind that doesn’t blow somebody some good.”

They don't. The church does. Big difference.

Those debauched parties and the lawsuits have cost a lot - and then there’s the loss of donations in response to those things.

If Nuzzi is right, the Church will certainly be in trouble soon given this interruption in income.

And Francis has his excuse for why it happened on his watch.

The Vatican was always on a slow death. Maybe its best days are far behind it. This pope is an idiot.

Considering the current Pope then I would not feel sorry for them at all.