I got this emailed to me. I thought it was pretty compelling - so let'd do it folks - let's rally and help this guy so we can get rid of Gray Davis.

Thank you for all of the time and assistance you have provided the Simon for Governor campaign during the course of the past several months.

The victory we have achieved would not have been possible without the assistance of a great many individuals working together as a team. And now our team faces a new challenge -- unseating Gray Davis in November.

The pundits said there was no way our team would ever be successful in winning the nomination. But boy were they wrong.

Our victory was so spectacular it sent shockwaves around the world. Here are a few interesting links you should check out to see how the race was covered. You'll enjoy the last link the most as it reveals that we have already jumped to a lead over Gray Davis.

CNN on our victory

Bill is even the Weekly Standard's cover story this week

Yahoo! and the Associated Press have a collection of photos from the election

And now as the Republican nominee we have the important mission of liberating California from the destructive rule of Gray Davis. If we are going to be successful in this effort we are going to need to work even harder than we did in the primary.

I consider you to be a valuable member of the Simon For Governor team and today I am designating you a Simon Victory Squad team member. As a Simon Victory Squad member you will lead the Simon effort in your own area and receive updates on the campaign and our strategy for victory. I am counting on you to provide our campaign with your own ideas and recommendations as the campaign heats up. You are the eyes and ears of our campaign and your contributions and observations will prove invaluable.

The first step we must take is to make sure we match Gray Davis for each and every dollar he puts into television and radio ads. We know that Davis already has close to $30 million ready to use to smear Bill Simon on radio and television. And we know that his liberal friends and special interest groups will be pouring millions of dollars more into his campaign.

That's why I need you to make a contribution right away to Bill's campaign. We need to be on the air first with a positive message about how we can get California back on the right track.

You can make a contribution right now via Bill Simon's website at the following address. Just click on the link and follow the instructions on the screen:

Thank you again for all of your efforts in helping Bill to win the Republican nomination. This so much reminds me of the campaign in 1966 when we elected Ronald Reagan against all of the odds and conventional wisdom.

I am counting on you to continue helping Bill in this extremely important time in the history of California.

P.S. Make your contribution as soon as possible -- every day makes a difference in this campaign:

If you haven't contributed STILL then do it - CLICK HERE

And be on the lookout in the coming weeks for a special Simon Victory Squad page with more information on how you can help steer the Bill Simon campaign in your own area.

In my case it was emailed yesterday, but arrived in my email today. My email is being delayed over 24 hours in some cases. Anyone else having this problem?

Wise guy, so why didn't YOU post it! LOL

I didn't think to post it at FR until I was just cleaning out my mailbox and realized I should forward it to some friends (which I did) and then post here.

I am already a Simon contributor.

12 posted on 03/22/2002 10:31:27 AM PST by ElkGroveDan
[ Post Reply | Private Reply | To 8 | View Replies]
To: Lucius Cornelius Sulla
In my case it was emailed yesterday, but arrived in my email today. My email is being delayed over 24 hours in some cases. Anyone else having this problem?

I've had this problem before - it usually is an ISP issue. :(

I was hoping to see some of those big red and blue Impeach98 FONTS that we are all so fond of here at FR.

14 posted on 03/22/2002 10:33:20 AM PST by ElkGroveDan
[ Post Reply | Private Reply | To 11 | View Replies]
To: Impeach98
even still, why is a very common call for campaign contributions, albeit yesterday or today, really "breaking news" ???
15 posted on 03/22/2002 10:33:21 AM PST by Steven W.
[ Post Reply | Private Reply | To 13 | View Replies]
To: Steven W.
There's this guy named Bill Simon. He is battling this evil dude named Gray Davis. If Simon loses it will bring really really bad things on the fate of the conservative movement. The already antagonistic big-money community will point to Schundler and Simon general election losses as reason to oppose all conservatives in primaries. Conservative/Moderate leaders in this country will also use this as an excuse as many California congressman did (when they endorsed Riordan).

That's about as urgent as it gets for the Free Republic community.

Dig deep, Freepers. Even us out-of-staters need to pitch in here. Help put a conservative in the CA statehouse!
17 posted on 03/22/2002 10:42:18 AM PST by Antoninus
[ Post Reply | Private Reply | To 1 | View Replies]
To: Impeach98
LOLOL got snail mail from Katherine Harris today, and a letter from Rush too. Filed Rush's letter begging me to subscribe to his newsletter right where it belongs.....in the garbage. Will send a check to Simon, Romney, and Harris!
18 posted on 03/22/2002 10:44:25 AM PST by OldFriend
[ Post Reply | Private Reply | To 1 | View Replies]
To: purereason
*PING*
Time to break out the checkbook!
19 posted on 03/22/2002 10:45:06 AM PST by evilsmoker
[ Post Reply | Private Reply | To 1 | View Replies]
To: ElkGroveDan
Let's see--Governor Gray & Co. gave a 20% raise to our unskilled workforce(i.e., illiterate DemocRAT voters. China, Mexico, Arizona, and Nevada don't have the California $6.75 minimum wage. Our customers are seeking their suppliers where labor is cheaper, and we just cut our 'work force', including management and management salaries 20%.

I will do what I can, which at the moment, besides staying afloat, means saying---"It's simple, VOTE-- 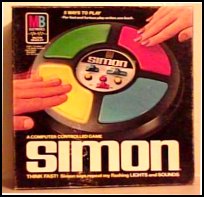