RUSH: Speaking of Hillary Clinton, folks, we had this piece yesterday from the Federalist by Mr. H. A. Goodman, and it was one of those pieces that you read it, and you say, “Yeah, yeah.” You know it all, but you get kind of frustrated that you didn’t think of it all yourself. His point basically was (without rehashing the whole thing) that every bit of everything we know or think we know — every news item, every little bit of information that fed this narrative the past two years or three now, that Trump colluded with Russia — came not from American intelligence, not from British intelligence. It didn’t come from FBI intelligence. 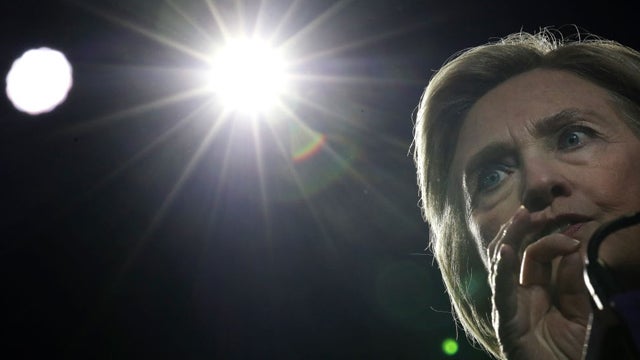 It came from the Hillary Clinton campaign.

Every bit of it, because 95% of it was the Steele dossier, which she commissioned and paid for. She arranged it. She and her campaign paid a bunch of people who then arranged for the Papadopoulos story to happen. But it was all Hillary Clinton’s stuff. We sit here and we focus on Comey, properly. We focus on McCabe and Clapper and Brennan and maybe even Obama/Susan Rice. But because of that piece by Mr. Goodman yesterday, it refocused me on this. I actually believe — and I’m kind of slapping myself upside the head for not putting this together sooner, and maybe some of you out there did.

I actually think that the architect of all of this is Hillary Clinton, that Hillary Clinton is responsible for this coup — and then people like Comey and others in the Obama administration… It’s hard to separate Obama and Hillary. But this was a Hillary bought-and-paid-for, led-by operation. And it incorporated the Obama DOJ. But they were all doing what they were doing for her! The first thing they had to do was exonerate her from doing something illegal with her email server and trafficking in classified data and then the Uranium One thing.

That’s the first thing they had to do, and it’s exactly what Comey did on July 5th, 2016. He exonerated Hillary Clinton. That’s the first thing they had to do. After that, the project became, “Make sure Trump doesn’t win, make sure Hillary does. And when that didn’t happen, it was focus efforts on somehow getting rid of Trump. But the point is that all of this… Some of you might say, “No, Rush! It’s Obama.” Yeah, I think Obama’s… You can’t take him out of this because all of this happened while he was president.

And all these institutions — FBI, CIA, and all that — were run by people he’d appointed. I understand that, but this was a Hillary Clinton inspired, motivated, bought-and-paid for operation, everywhere you look in this thing. McCabe’s wife got money from the Clintons and her campaign in Virginia. Steele paid for by the Clintons. Weissmann (Mueller’s guy) was on stage with Hillary during her concession speech and was a big donor. Alexander Downer, the Australian ambassador that supposedly nails Papadopoulos? These people are all part of the Clinton Foundation or the Clinton campaign.

I think the focus really needs to be on her.

RUSH: I’m gonna get back to my Hillary Clinton theory. And it’s not that big a deal, folks, but it does, I think, require some exploration. The reason why is there’s another John Solomon column today basically focusing on Hillary Clinton as the origin point for all of this. And a lot of people have believed during this time that Hillary Clinton was minding her own business over here trying to run for the presidency, that she did a bad job of it, lost, had sour grapes, was basically a bystander watching all this stuff go down with all these other people trying to get Trump.

And it’s funny because there’s a story out, Hillary Clinton calls Bernie Sanders a sore loser, says he’s gonna burn the place down because he lost. If this isn’t the pot calling the kettle black, I don’t know what it is. Talk about a sore loser and somebody who can’t get over it.

She didn’t even go to Wisconsin or Ohio or any of the states because it was just Trump, he had no hope, and she believed all their polls that showed her winning in a landslide. You talk about sour grapes and sore loser, this nation is paying the price for the most cheated-on woman in America being in a perpetual state of PMS or however you want to describe it.

Yesterday Hillary Clinton criticized Bernie Sanders, saying that her primary opponent in 2016 would rather go scorched-earth than graciously lose a race. In a recent off-the-record conversation with Cindy Adams of the New York Post, Clinton sounded off on the sprawling field of Democrat candidates.

And according to Cindy Adams, Hillary Clinton had no good words for Crazy Bernie writing that she believes that anybody overtaking him in a district considered his, he’s gonna burn the place down. Burn the place down? It’s exactly her modus operandi. And the John Solomon piece today is gonna put, you know, the dot on the “I” and we’re gonna cross the T on this.

Look, it’s not gonna change anything. It’s not the point here. It makes it all the more understandable. And I am, for what little it’s worth, I am kind of ticked at myself for not seeing her as a prime mover in this. I know she’s been involved, but that she is the originator. I mean, everybody involved in this has a tight relationship with her or her foundation or her husband, donors, board members, you name it.

No, but he did a nice explanation of our Pledge of Allegiance once.
It’s on UToob.

All the same folks, but, I forgot to add the muslim brotherhood and a sordid array of billionaire, Corporate, Rothschild, Bilderberg-types that many of will never know.

Actually, if you ever watched the show Stargate SG, their was a rather interesting technique for torture. Kernel Neal unfortunately went through that. Lol. His death was not an end. But we are not possessed with alien gahoul inside our bodies. Dangit. Lol.