Much cynicism has been expressed over the past month about the effort, led by Ted Cruz and Mike Lee, to fight Obamacare. It was about money or defeating Republicans or something other than what it was about — undermining Obamacare with a united front.

It was always about undermining Obamacare, despite the claims of others. But, those of us who were in this fight against Obamacare, have been quite open that we knew there were side benefits. This fight would expose conservative activists to the frauds they have funded.

Men like Mitch McConnell, John Cornyn, Eric Cantor, Kevin McCarthy, and others have preached a great sermon against Obamacare, but now conservatives who supported them see that these men have refused to actually practice what they’ve been preaching. They’ve refused to stand and fight with the rest of us.

The fight was always about Obamacare. Today we know we must keep fighting and fight harder against even our own supposed side. But we always knew the fight would force the charlatans of the GOP out of the shadows into disinfecting sunlight. It has happened as I wrote it would almost a month ago.

Now conservatives can keep advancing. They should not be disheartened.

In reality, the GOP of a decade ago would never have fought like it has fought now. The party that gave us No Child Left Behind, Medicare Part D, and TARP would never have stood for two weeks embarrassing Democrats with short term spending bills.

Ted Cruz and Mike Lee may not have been able to strike a death blow to Obamacare today, but they were able to fight a fight that would have been impossible before them. They have now made it less and less possible for Republicans to collaborate with Democrats to fix or stabilize Obamacare.

So we must advance. Two Republicans in the Senate caused this fight that their colleagues would have surrendered on more quickly but for them. Imagine a Senate filled with more. We have an opportunity to replace Mitch McConnell in Kentucky with a better conservative. We should do that. We have the opportunity to send a strong conservative from North Carolina and we should do that. Same in Colorado. Kansas looks to be in play. Chris McDaniel will declare his candidacy for the Senate in Mississippi. Conservatives will rally to him quickly. Tennessee could be in play too.

The establishment has given conservatives a brilliant opportunity to advance against them and then against the Democrats. As Obamacare now goes into full swing, conservatives can show that they tried to stop it while Mitch McConnell and so many others sat and watched from a cozy booth the Capitol Hill Club leaving the fighting to others while they did everything possible to undermine the fight.

As more Americans watch Obamacare fail them through the Republican primary season, conservatives will be able to put the focus on Republicans who funded Obamacare instead of fighting it. Whether they like it or not, Republicans in Congress will find their names on ballots in 2014. They cannot hide or escape fate.

Conservatives must advance — ever advancing against the Republicans who have folded in the fight against Obamacare. We will not win all the fights. But Ted Cruz and Mike Lee show we do not have to win them all. We just need reinforcements.

The last time the major leaders of an American political party tried to compromise their way to power, the party broke apart giving us the Republicans. This fight too will break apart the GOP. There will not necessarily be a new party from it, but there will be a fundamentally altered party of new faces fueled by a grassroots movement now able to connect with each other and independent from Wall Street and K Street funders.

Never before have the people been less dependent on a party apparatus to play in primaries. Conservatives now have groups like Heritage Action, Senate Conservatives Fund, Madison Project, Club for Growth, FreedomWorks, For America, and others to fund and rely on.

Grassroots upset about this fight should be encouraged. We’d have never gotten this far with the GOP before 2010. Imagine now the possibilities in 2014 if we make examples of a GOP that refused to fight Obamacare.

These are the patriots to whom we owe our gratitude for continuing the fight. However, the 26 Senators and 87 House RINOs must be challenged, including leadership. The same goes for anyone who continues to talk disparagingly of conservatives. The battle may have been lost, but the war is far from over.

The Democrats are evil and easy to despise them all, but, with the exception of a handful, the Republicrats are contemptible.

It is time for a third party, realizing that it will be a ten-year struggle to achieve parity with the establishment.

There were certainly not 144 fighters in the House, I’m sorry to say. There were probably about 50, or at most, 60, with the rest being given passes by the leadership to protect their reputations within their districts.

Still, votes are often cast in such a way as to put House members on the spot, and when put on the spot, conservatives stood tall and squishes squished with the result being that the Hastert Rule was broken, and with it, any credibility the Speaker might have had left.

I’m more encouraged this morning than I was last night. The shutdown (and even the capitulation) was the best thing to happen to the GOP in decades. The battle lines are now drawn for the primary season and we have a much more clear idea of not only the work to be done, but exactly where it needs to be done.

My caution is that you can’t look at this vote out of context. While it is certainly true that the YES votes are sell-outs, that doesn’t mean that the NO votes aren’t.

Kinda like the Yankees celebrating that they only lost by 50 runs instead of losing by 60! sigh 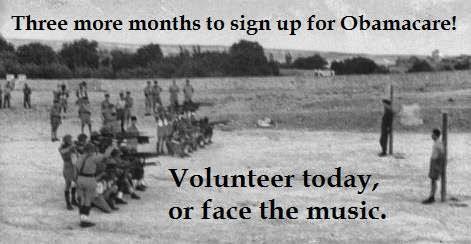 Your miscount includes members of Team Romney
which has again left another “dagger” in the
back of the American People.

One more thing about these events: it has again shown the extent to which the administration will go to impose its will, and has further animated veterans, truckers, bikers (not to mention national park visitors and tour guides)

It’s so difficult for those of us who have lived long lives to understand how Americans can elect garbage that is openly ruining our nation, our lives and our savings.

Those who occupy the halls of Congress are, with only a few exceptions, openly complicit in the ruination of our once wealthy and productive nation. These politicians are, by and large, utterly devoid of patriotism or backbone. They are, rather, self-serving weasels who gleefully suck up the contents of the trough.

Startups like Facebook, Twitter, et al, do not begin to make up for the gigantic transfer of our manufacturing base due chiefly to the egregious taxation policies. These policies have shoved our nation down the list of free nations.

Not being able to understand this rapid transformation of America, I am of the belief that America is ruled by soulless agnostics, or more likely Godless zombies.

The focus should be on the state legislatures. Per Mark Levin, the Constitution must be restored by the PEOPLE. Article V. provides a solution.

We need a Ft. Sumter moment...

The GOP no longer represents me. I will never, ever vote Republican again. I’m done.

I don’t know what to do, or who I am going to vote for. I am praying the TEA party will form a third party so I will again have someone that shares my values to vote for.

12 posted on 10/17/2013 5:59:51 AM PDT by RepRivFarm ("During times of universal deceit, telling the truth becomes a revolutionary act." -George Orwell)
[ Post Reply | Private Reply | To 1 | View Replies]
To: IbJensen
By getting out in front of it, Cruz split the GOP into the RINO's and TP elements, just in time for the failure of Zerocare and the primaries that will follow. Everyone is now on record as who we need to primary.

Time for the Huff Post DU Free Republic drama queens to get up off their lazy asses and doing something to make it happen. Of course they won't, they'll pine and whine about someone - not them - carrying the water to start a third party.

Agree! There is so much that can be done without even having to deal with Washington.

Mark Levin has sown the way: Article V. and the state legislatures can restore the Constitution. Washington is irrelevant now. We have a small window of 4 or 5 years. This latest deal stripped the power of the purse from Congress—King Obama can raise the debt limit to whatever he wants now.

When the GOP calls for contributions I tell them I’ve changed parties. Surprised, they ask to which one and I respond that I am now a member of the Monarchist Party.

When you say you’ll never vote Republican again I don’t believe you mean you’ll vote for the party of Schumer and Reid.

Obamacare is NOT about healthcare,
it IS about signing YOU up to the collective.