NewsCore - A 20-year-old Oklahoma woman was receiving treatment in a hospital Thursday after being charged with animal cruelty for allegedly killing the family cat and using the blood for an outfit she planned to wear to a Lady Gaga concert.

A relative of Angelina K. Barnes returned to her home in Oklahoma City and found the woman wearing a long coat, with her face covered in blood -- later determined to be cat's blood -- ready to attend the concert, KFOR reported.

The light switches in the house had been covered in duct tape to make them almost impossible to turn on.

It was later determined the cat had been drowned in the bathroom, before being sliced open and its eyes mutilated.

The liver of the animal was found in a makeup case on the bathroom's vanity.

Police said Barnes was taken to Griffin Memorial Hospital where she was receiving treatment. She did not attend the Lady Gaga concert.

Although Barnes was diagnosed with depression, neighbors said the violence was "completely out of character."

Lady Gaga famously performed at the 2009 MTV Video Music Awards covered in fake blood -- and the next year she wore a dress made of meat. I guess she went all gaga...

This pretty much fits the profile of the typical Lady Gaga fan.

So one less cat, no problem.

An acquaintance of mine went to the Lady Gaga concert in Miami the other night. In his Facebook posts reporting on it, he was absolutely “gaga” over her. I defriended him the next day. The dude acts like a 12-year old girl. 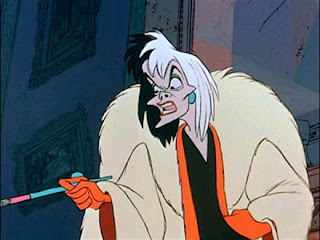 That’s SOOOO Not what Laday Gaga is about!

Wouldn’t be the first time an animal was killed so a person could dress a certain way.

I take it he's not straight?

Let the punishment fit the crime. This simple application of justice would go a long way towards curing at least some of what ails us.

Anyone who this to an animal has no soul. I just lost my little guy after 14 years of his unconditional love. This just sickens me to no end.

Yep, reminds me of my exgirlfriend.

Came home and she was naked, covered in blood, switches taped, windows covered with foil, nine-inch-nails blasting, big pentagram on the floor and she was holding a butcher knife.

And the cat was missing.

I thought something might be wrong, so I asked if she was alright. She said yea, she was just feeling a little blue lately.

I would have got out of there quick except....well....she was naked..and she had a wicked stew cooking.

15 posted on 04/15/2011 8:33:30 AM PDT by Darnright (There can never be a complete confidence in a power which is excessive. - Tacitus)
[ Post Reply | Private Reply | To 1 | View Replies]
To: 240B
Came home and she was naked, covered in blood, switches taped, windows covered with foil, nine-inch-nails blasting

Replace "blood" with "baby oil" and I think we have a promising situation here. Trent would approve.

16 posted on 04/15/2011 8:53:25 AM PDT by antiRepublicrat
[ Post Reply | Private Reply | To 13 | View Replies]
To: Red Badger
Although Barnes was diagnosed with depression, neighbors said the violence was "completely out of character."

I'm not a doctor, nor do I play one on television but I suggest incipient Bipolar I (manic depression). She's mentally ill and needs help.

“I just lost my little guy after 14 years of his unconditional love”.

Sorry for the loss of your pet. Maybe, just maybe over time, you can get another one. Cats and kittens are available for adoption by the ton.