A 24-year-old New York City man remains jailed after he was found allegedly having sex with a 92-year-old woman's corpse inside the morgue of the hospital where he worked.

Anthony Merino, who works as a lab technician at Holy Name Hospital in Teaneck, N.J., was arrested Sunday after police responded to a call from a security guard at the hospital. The guard reported witnessing the lab technician sexually desecrating the woman's dead body, according to police.

"This is a first," Lt. Dean Kazinci, spokesman for the Teaneck, N.J., police, told ABC News. "When you think you've heard and seen it all, something like this happens."

Kazinci said the security guards at the hospital told police that they caught Merino in the act of necrophilia. They transported Merino to the police station, he said, and charged him after conducting a police interview.

A spokesman for Holy Name Hospital released a statement to ABC News calling the allegations a "heinous crime."

"We are horrified and saddened for the family of the patient and are completely empathic and sympathetic to them," the statement reads.

Merino had only been working at the hospital for 14 days, according to the statement, and had passed a criminal background check before he was offered the job. The hospital also notified the dead woman's next of kin after contacting authorities.

Merino was arraigned Monday on a charge of desecrating human remains, a second degree crime in New Jersey. A judge set bail at $400,000 with conditions that included Merino surrendering his passport and submitting to a psychological evaluation. He faces a maximum of 10 years in prison, if convicted.

In addition to working part time at Holy Name Hospital, Merino also had a part-time job as a histology technician at Overlook Hospital in Summit, N.J.

Janina Scheytt Hecht, a spokeswoman for Overlook Hospital, confirmed that Merino worked for the hospital from Sept. 10, 2007, until Monday. "He has been terminated," Hecht said, adding that Merino was subject to a background check there before he was hired. She also said no one had filed a complaint against him during his short tenure on the staff.

Necrophilia is a psychological condition that falls under the umbrella category of paraphilia, according to Michael Fogel, the chair of the forensic psychology department at the Chicago School of Professional Psychology. Paraphilia involves fantasies and sexual urges in which people are aroused by nonhuman objects or pain or humiliation of oneself or a sexual partner.

"It's an extraordinarily rare condition, but it's also a very real condition," said Fogel, who previously served as the director of the Sex Offender Evaluation Unit for the Illinois Department of Corrections. In more than 1,500 evaluations he performed in that role, he said, not one involved the condition of necrophilia.

Fogel said the psychological exam will be critical to understanding what type of risk Merino may pose. He also cautioned against simply calling the suspect, if he is, in fact, convicted of the crime, "nuts."

"In these type of cases, it's a sexual attraction that the individual has," he said. "That's what they're aroused to, it's what they have sexual fantasies about." 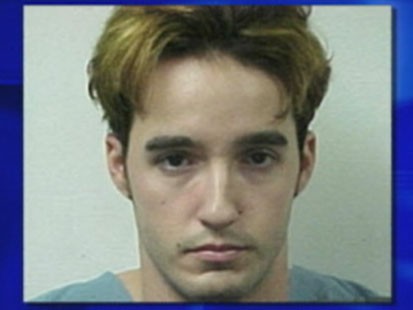 According to New Jersey police, security guards at Holy Name Hospital told police that they caught Anthony Merino, 24, in an act of necrophilia. Authorities transported Merino to the police station and arrested him after conducting a police interview. (ABC News)
1 posted on 10/31/2007 11:33:57 AM PDT by NYer
[ Post Reply | Private Reply | View Replies]
To: NYer

Just plain gross! Not a bad looking kid, I can’t imagine he’s having trouble getting dates.

This story is too vile to even be posted.

I wouldn’t be caught dead with a necrophiliac!

And even more outrageous - he was wearing socks with holes in them!

No dead person is safe from this predator...

This is just sickening. I can not even begin to understand why any one would want to do this. Ghoulish indeed.

Shades of Rudy! This is disgusting!

Geeeeeze. No, this guy isn't nuts, nosiree. Whatever you do, do NOT call him nuts. < /sarc>

Make him happy, chop his penis off.

Richard will get to enjoy a live one in jail.

“Fogel said the psychological exam will be critical to understanding what type of risk Merino may pose. He also cautioned against simply calling the suspect, if he is, in fact, convicted of the crime, “nuts.” “

Thiy guy is a sick F-—! There are not enough wood sheds in the south!!! Last comment deleted.

Is this a “pictures required” thread?