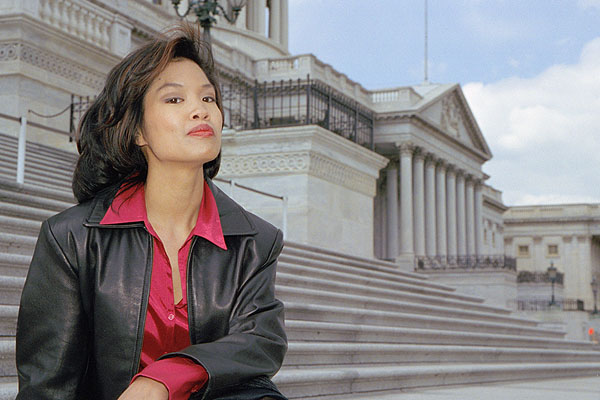 Worthington is one of many at the Sun family of papers that is ver pro US AND pro Canada/Canadian military. He always puts out a good column.

If Russia, or China, or, God forbid, an Islamic nation were the sole superpower, the world would be a lesser place.

To: Stoat
Pledging money is vital, but it doesn't save lives immediately. Again, that's where the Americans shine. The first large-scale international relief to the victims was from a U.S. warship, the aircraft carrier Abraham Lincoln which sent relays of a dozen helicopters loaded with relief and medical supplies into the stricken area.

My thoughts exactly. Pledging money is great, but somebody needs to get water and food to the starving.
7 posted on 01/04/2005 9:50:35 AM PST by Jaysun (DEMOCRATS: "We need to be more effective at fooling people.")
[ Post Reply | Private Reply | To 6 | View Replies]
Comment #8 Removed by Moderator

Great article. Thanks for posting it. I just sent this note to the editor...

Thank you for printing this. I am so tired of the Canadian mealy-mouthed, whiny, jealous-little-sibling, small-minded obnoxiousness toward this great neighbour of ours, America.

I am ashamed of the stupidity this country exports, the Carolyn Parrish bilge.

How refreshing. Thank you.

I was really upset listening to the noon news on my local NBC affiliate, WPXI-TV (Pittsburgh PA). They featured Nancy Pelosi attacking President Bush for "finally getting his act together and donating an increased amount for the tsunami aid." This is news? No, this is Demopuke propaganda masquerading as news...and it's a pathetic attempt on behalf of the Dem news machine to attack America's credibility.

Hey don't feel so bad. We have a lot of "mealy-mouthed, whiny, jealous-little-sibling, small-minded " people in this country, as well!

It all starts at home, I suppose. And then dumb Canucks believe it. Remember, Canadians on a whole, are obsessed with America, and all things American, so when they see your own bashing, they follow suit. Shows like M*A*S*H, which were run ad nauseum up here, didn't help.

Yeah, but since the election a lot of them are moving to Canada. ;-)