Clinton's presidential library is to open next November on the south bank of the Arkansas River in downtown Little Rock.

(AP) Ah, nothing like curling up in front of the fireplace with 21 of former President Bill Clinton's favorite books.

To coincide with the opening of a Clinton Library-related exhibit of books and gifts he received while president, Clinton has released a list of his 21 favorite books — from his wife's "Living History" to Ralph Ellison's "Invisible Man" to Thomas a Kempis' "The Imitation of Christ."

Clinton's presidential library is to open next November on the south bank of the Arkansas River in downtown Little Rock. A nearby office building, the Cox Creative Center, has hosted a number of preview exhibits, and on Monday opens "America Presents: A Collection of Books and Gifts of the Clinton Presidency." The exhibit runs through Jan. 3, 2004.

Copies of Clinton's 21 favorite books will be on display at the Cox building.

Besides Sen. Hillary Rodham Clinton's autobiography, Ellison's soaring novel of a black man's journey through white America and Kempis' 15th-century treatise on Christian living, other books of note include Maya Angelou's "I Know Why the Caged Bird Sings" and Thomas Wolfe's "You Can't Go Home Again."

"I Know Why the Caged Bird Sings," Maya Angelou.

"The Denial of Death," Ernest Becker.

"The Way of the World: From the Dawn of Civilizations to the Eve of the Twenty-First Century," David Fromkin.

"The Cure at Troy: A Version of Sophocles' Philoctetes," Seamus Heaney.

"The Imitation of Christ," Thomas a Kempis.

"The Evolution of Civilizations: An Introduction to Historical Analysis," Carroll Quigley.

"Moral Man and Immoral Society: A Study in Ethics and Politics," Reinhold Niebuhr.

"Politics as a Vocation," Max Weber.

TOPICS: Culture/Society; Extended News; News/Current Events
KEYWORDS: x42 Navigation: use the links below to view more comments.
first 1-20, 21-40, 41-60, 61-75 next last
Beckers book is required reading for aging baby boomers with angst over their mortality. Where are any of the 100 Great Books? 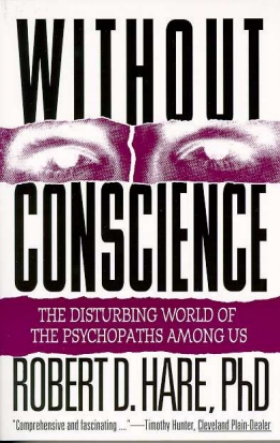 Antisocial Behavior: Personality Disorders from Hostility to Homicide by Benjamin B. Wolman (Paperback)

Inside the Criminal Mind by Stanton Samenow (Author) (Hardcover)

Juggs
Intern Monthly
How to Lie, and Enjoy It!

Really a no brainer.

Whatever one may think of Clinton, not reading books is clearly not one of his faults. But perhaps he did pick these ones with a focus group. I'm not very literary (I've only read one or two of these) but Invisible Man is a great book.

13 posted on 11/29/2003 12:16:44 PM PST by wideminded
[ Post Reply | Private Reply | To 5 | View Replies]
To: Helms
How tooth-achingly politically correct! How utterly 1970's university syllabus bland. No adult could possible like all this crap. Ask him to tell what insights he gained from "Mediations", what is his favorite phrase from "The Four Quartets". What really intelligent person doesn't have a few odd ball favorites? Like "Dangerous to Man" by Roger Carras or "The Moon is a Harsh Mistress"? Stuff that will never making it into the Great Books Anthologies.
14 posted on 11/29/2003 12:19:13 PM PST by Lonesome in Massachussets (Uday and Qusay and Idi-ay are ead-day)
[ Post Reply | Private Reply | To 1 | View Replies]
To: glock rocks
or..........dare I say it ?

Catcher in the Rye !

Last I knew on the 21st he was in India. These two are driving me bonkers with loathing. They are a mockery of American politics and culture.

Even at this late date, his hypocrisy, vanity and pretentiousness continue to grate me too.