Adolf Hitler hugs Rosa Bernile Nienau in a signed pictureImage At first glance, the picture of the man hugging the beaming young girl appears to show a scene of great happiness. But a closer look reveals a far darker tale: this is Adolf Hitler, the man behind the murder of six million Jews, and the little girl is Jewish. Despite this, Hitler would go on to build a friendship with Rosa Bernile Nienau, which only ended when top Nazi officials intervened five years later. And now this rare, signed image from 1933 is going up for auction in the US. Alexander Historical Auctions, in Maryland, estimates the picture, taken by photographer Heinrich Hoffmann, could fetch as much as $10,000 (£7,500) when it goes on sale on Tuesday. "The signed version is a never-before publicly seen piece," auctioneer Bill Panagopulos told MailOnline. "Hitler was very often photographed with children for propaganda purposes. The shocking thing about this piece is it seems he had a genuine affinity for the young girl. "I was simply stunned."

'Hitler's sweetheart' It was a shared birthday which brought a little girl and the Nazi leader together. According to the auction website, Rosa and her mother had joined the crowds outside Hitler's Alpine retreat Berghof in 1933 on his birthday. It is thought that when he discovered Rosa had the same birthday, he invited Rosa and her mother Karoline up to the house - where these photographs were taken.

Not long afterwards, it was discovered that Karoline's mother had been Jewish, making Rosa Jewish in the eyes of the Nazi state.

Hitler continued the friendship despite knowing her Jewish heritage But this did not dissuade Hitler from carrying on his friendship with girl, to whom he had sent a signed copy of the photograph. "The dear and [considerate?] Rosa Nienau Adolf Hitler Munich, the 16th June 1933," he wrote. Rosa, it appears, later added her own stamp to the photo, drawing flowers onto the black-and-white image.

She would write to Hitler and his aide Wilhelm Bruckner on at least 17 occasions between 1935 and 1938, until she and her mother, a widow, were told to cut off contact by the Nazi leader's private secretary, Martin Bormann.

Hitler was unimpressed by the order, Hoffmann would later say. "There are people who have a true talent for spoiling my every joy," Hoffmann recalls the Nazi leader telling him in his book, Hitler Was My Friend.

The photographer includes a different picture of the two in his 1955 book, captioned: "Hitler's Sweetheart - it delighted him to see her at the Berghof until some busybody found she was not of pure Aryan descent."

The year after Bormann cut off contact, World War Two began. By the time it ended, six years later, six million Jews would be dead. Rosa did not survive the war, either. She died of polio, aged 17, in a hospital in Munich in 1943, a decade after her first meeting with Hitler.

Link goes to a different article.

...including two photos of Hitler with the girl.

I remember reading that Hitler also protected the Jewish doctor who’d taken care of his mother during her final illness, allowing him and his family to leave Germany alive years later. Unfortunately for millions of other Jews in Europe, they weren’t cute little blond girls who Hitler was infatuated with and they weren’t doctors who’d done their best to save his mother’s life.

Also, I think Hitler befriended a jewish officer in his chain of command during his service in WW 1. Don’t know his eventual fate.

9 posted on 06/23/2020 4:35:16 AM PDT by marktwain (President Trump and his supporters are the Resistance. His opponents are the Reactionaries.)
[ Post Reply | Private Reply | To 2 | View Replies]
To: robowombat
Heart warming.

I was visiting my company’s office in Mannheim when a US military jet flew over drowning out our conversation for a few seconds. I asked my German colleague what he thought of US jets overhead. He shrugged his shoulders and said it was better than Russian jets overhead.

KIM: Wow! A Barbie Museum! Can we stop?

DAD: Sorry, Kimmy. We have a plan, and we're gonna stick to the plan.

KIM: We never get to stop anywhere I want to.

DAD: I'm sure Jason doesn't want to go to the Barbie Museum.

MOM: You need to pull over and stop to give the kids a break.

DAD: Yeah, okay, maybe on the way back.

MOM: We all need to stop the car.

MOM: You need to stop the car.

KLAUS BARBIE MUSEUM DOCENT: Klaus Barbie...sometimes known as the Butcher of Lyons. Let the Jew revisionists talk about their death camps…and so-called crimes against humanity. This museum is lovingly dedicated to the Klaus Barbie that nobody knows. The husband, the devoted father, the wine connoisseur...and three-time ballroom dancing champion.

KLAUS BARBIE MUSEUM DOCENT: Barbie joined the SS in ...where he soon became one of the Fuhrer's favorite young officers.

KLAUS BARBIE MUSEUM DOCENT: Here we see him standing beside Hitler's touring car...the very same car on display outside in our courtyard. You're leaving?

DAD: for one of our many white, Christian, non-Jewish friends-Family. Blood relatives.

MOM: Thank you. It's beautiful. We had a great time.

15 posted on 06/23/2020 7:31:50 AM PDT by rlmorel ("Truth is Treason in the Empire of Lies"- George Orwell)
[ Post Reply | Private Reply | To 1 | View Replies]
To: dennisw; Cachelot; Nix 2; veronica; Catspaw; knighthawk; Alouette; Optimist; weikel; Lent; GregB; ..
Middle East and terrorism, occasional political and Jewish issues Ping List. High Volume If you’d like to be on or off, please FR mail me. 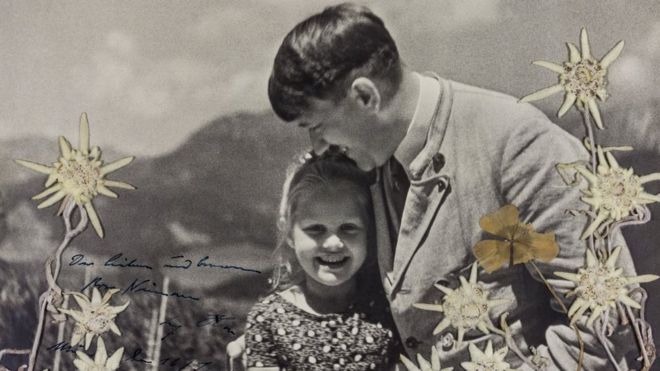 And then there's the perfect Aryan campaign 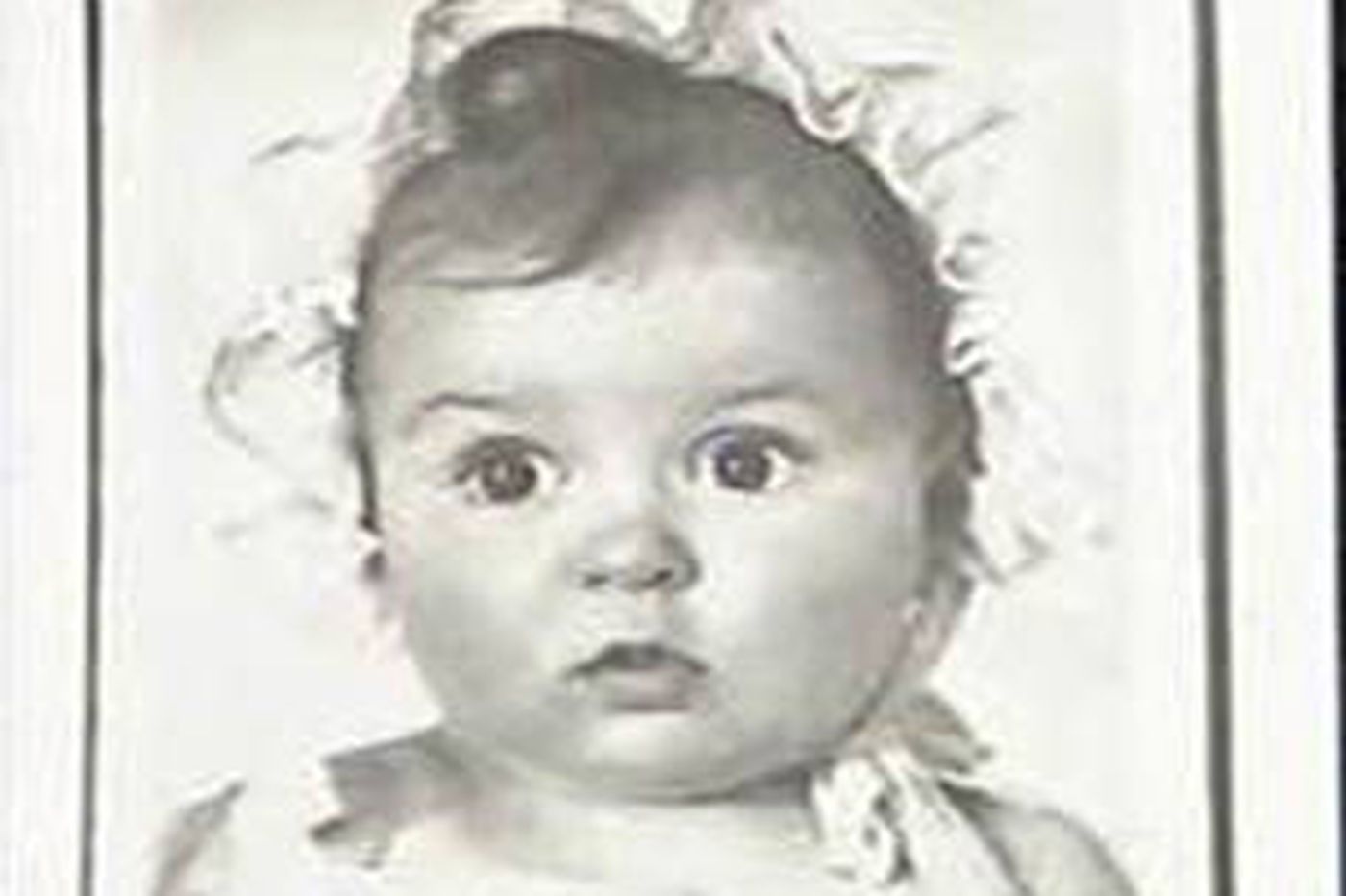 What a cutie that little girl is. And is it just me, or does Adolf look less creepy around her than Joe looks around most young girls and women?

Not just you, my first thought. Joe would be sniffing the hair.

Dont play that crap with me.

Hitler memorabilia should have zero value.