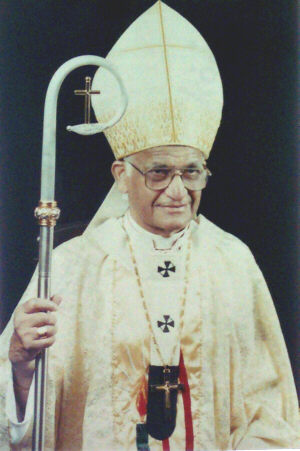 LAHORE, Pakistan, JULY 3, 2003 (ZENIT.org-Fides).- The Lahore Archdiocese has witnessed the ordination of five new priests -- its largest class ever.

"The Lord has chosen you to be his messengers," Archbishop Lawrence Saldhana told the new priests in Sacred Heart Cathedral last Friday. "You are called to carry out your pastoral duties with zeal and dedication."

Present at the ordination were the local clergy, religious and 700 lay faithful, as well as numerous Franciscans.

The archbishop thanked the Franciscans for their work in Pakistan. He also thanked the parents of the new priests for supporting their sons' vocation.

"Parents have a special role in educating their children to a Christian lifestyle," he said. "Formation staff are also very important because they help seminarians in their human spiritual and theological growth."

Father Francis Nadeem, vice provincial of the Capuchins in Pakistan, thanked Archbishop Saldhana and all who had come for the ordination. The Capuchins have been in the Punjab region of Pakistan for over a century, engaged in social promotion, education and evangelization. 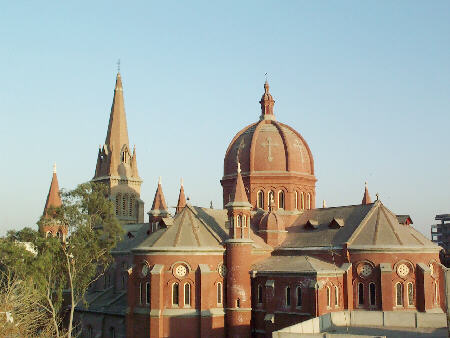 WELCOME TO THE OLDEST DIOCESE IN PAKISTAN
Founded as a Vicar Apostolic of the Panjab in 1880, it became a Diocese in 1886 and was consequently elevated to an ArchDiocese in 1994.