Three French soldiers were killed in Mali on Monday after their armored vehicle struck an improvised explosive device (IED) during a counterterrorism operation in the West African country, the French government said.

The soldiers were killed while conducting operations in central Mali as part of the French military’s Operation Barkhane campaign to combat Islamist militants throughout the African Sahel region, French government authorities said. The incident occurred near the small town of Hombori, located in the central Mali province of Mopti, according to the Wall Street Journal.

France’s government identified the slain soldiers as Quentin Pauchet, Tanerii Mauri, and Dorian Issakhanian. All three soldiers belonged to a military regiment based in the town of Thierville-sur-Meuse in eastern France.

“The deaths brought to 47 the number of French soldiers killed in Mali since France first intervened militarily in January 2013 to help drive back Islamist jihadists who had overrun parts of the West African country,” the Agence France-Presse noted on Monday.

French President Emmanuel Macron said he “salutes the memory of these soldiers with the greatest respect,” according to a statement released by the president’s office on Monday.

Macron further underscored “France’s determination to continue the fight against terrorism,” in his statement. 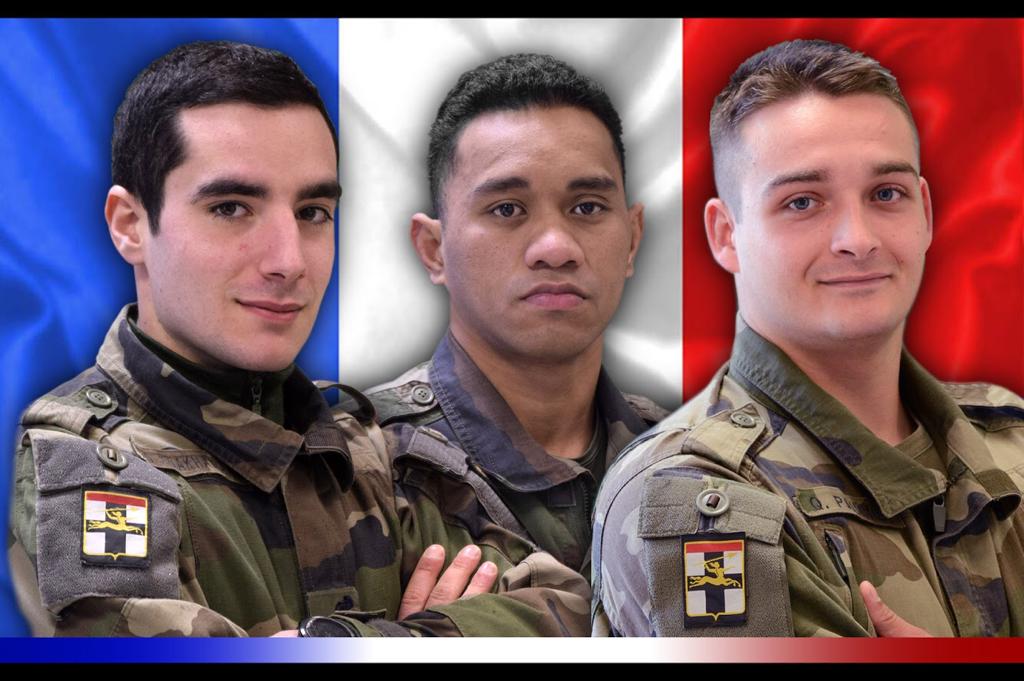 At least the French are willing to fight terrorists on their home ground. Biden/Harris and Obama want (ed) to fight them here in America, “sometime, some place, some how”.

And that breaks my heart.

They most likely are just several years removed from their teen years.

And our RINOs and dems want to keep young men their ages in battles.

Those RINOs and dems should be put behind barbed wire until every single service member of ours are brought home.

I’d like to see them put on the front lines.

God forgive me for ever having supported the neverending wars.

That is only a function of the “father/uncle/old fart” reflex that seems to manifest itself once one realizes he cannot play those games anymore, much as we would like...

Gee I’m sorry but NOT AT ALL in my case.

I see my nephews in them and it’s devastating for life to be lost at that age.

Three kids who haven’t even really STARTED life are DEAD.

How could I possibly give a #### about me in that case?

Have a good one

I’m sorry my sentiment was misread. I meant it as “I would rather have been there in their stead, so they could have lived.”

Not “yeah, I’d’a done better, and been a whole lot cooler about it too, ‘cuz I’m such a badass.

I guess it’s the prairie boy wanting to do better for his fellow man, rather than the NYC tough guy attitude.

Have a good one.

When in a war, you send your best, not millennial soyboys. That’s the price of freedom.

Well past time to cut AFRICA off from the rest of the world & let them take each other out.