5 others, including soldiers, also wounded in attack targeting district commissioner

At least two people were killed and five wounded, including soldiers, Tuesday when a car bomb blast targeted an official in the Somali capital Mogadishu, officials said.

The bomb attack went off near the Sinka Dher intersection in Mogadishu.

Speaking to Anadolu Agency by phone, Ismail Mukhtar Oronjo, a Somali government spokesman, said the attack came after a suspected al-Shabaab gunman shot dead Ibrahim Alow, an administrator in Kahda, and Fadumo Matan, a member of a COVID-19 awareness team.

"The bomb attack took place when the district commissioner and other officials reached the crime scene,” he said, adding that investigations are underway.

This vid is one I've seen, it's some Erdogan propaganda, but worth knowing about, if you want to avoid it but still learn more about what Turkey's been up to, check out the other search results:

Turkey has been helping rebuild Somalia for almost a decade now - a war-torn and famine-ridden African nation. But why?

Why is Turkey investing in Somalia? 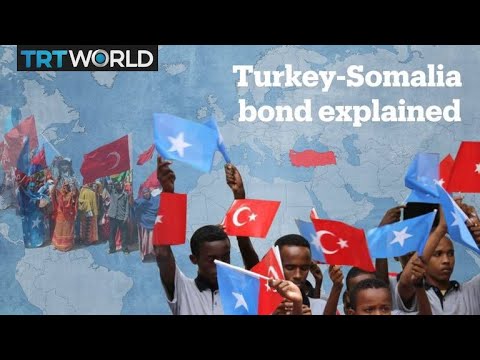 Ilhan Omar, your shithole country needs you back !

My first thought was , “wow sucks for them”. followed by “here’s a quarter , call someone that give damn. “

If the crazies blew up the whole of this crap hole it would be a good thing.