Between 120 and 200 people gathered outside the Ark Encounter on July 7 to protest on the attraction’s second anniversary.

Organized by the Tri-State Freethinkers, co-founder Jim G. Helton said he was happy with the turnout — more than double than last year’s protest.

“The Ark Encounter has become a symbol of what’s wrong in Kentucky with the war on separation of church and state,” Helton said. “And when equality is under attack, atheists show up.”

Several speakers took the stage to kick off the protest, then the group marched up the sidewalk to the entrance of the Ark.

According to the event’s Facebook Page, some of the reasons for protesting included discriminatory hiring practices, anti-science teachings and receiving tax incentives from the state.

During the event, Helton said protestors and Ark Encounter employees and visitors had friendly dialogue, conversations and debates about their differing beliefs.

“We easily answered their questions on science and morality,” Helton said.

Helton said Klu Klux Klan members posted they were going to show up to the protest with guns, but the threats were removed online and no one from the KKK showed up during the event.

“The Ark Encounter sincerely welcomes atheists and other humanists to tour the Ark and be exposed to our teachings,” said Mark Looy, AiG chief communications officer. “Our welcome extends to guests who are very anti-Christian in their thinking. As long as they are not disruptive, atheists and secularists are encouraged to visit and discover what we actually believe, which is largely censored from society — especially in almost all public schools in America. We hope many of July 7th’s demonstrators came inside and learned what we truly teach. For example, the leader of the protesters told Channel 9 TV that we believe the Grand Canyon formed in 40 days, but if he had taken the time to read our exhibits for himself, he would have known not to make such a false statement like that.”

Looy said Ark officials acknowledge the protestors have a right to peacefully assemble.

“This group was largely peaceful, with some minor exceptions,” Looy said. “We point out that while 120 people demonstrated outside the Ark on July 7, over 6,000 visitors walked through the ship, and over 6,000 turned out the day before. Meanwhile, over 2,000 people visited our sister attraction, the Creation Museum, in Petersburg on July 7. That’s over 8,000 people at our attractions in one day.” 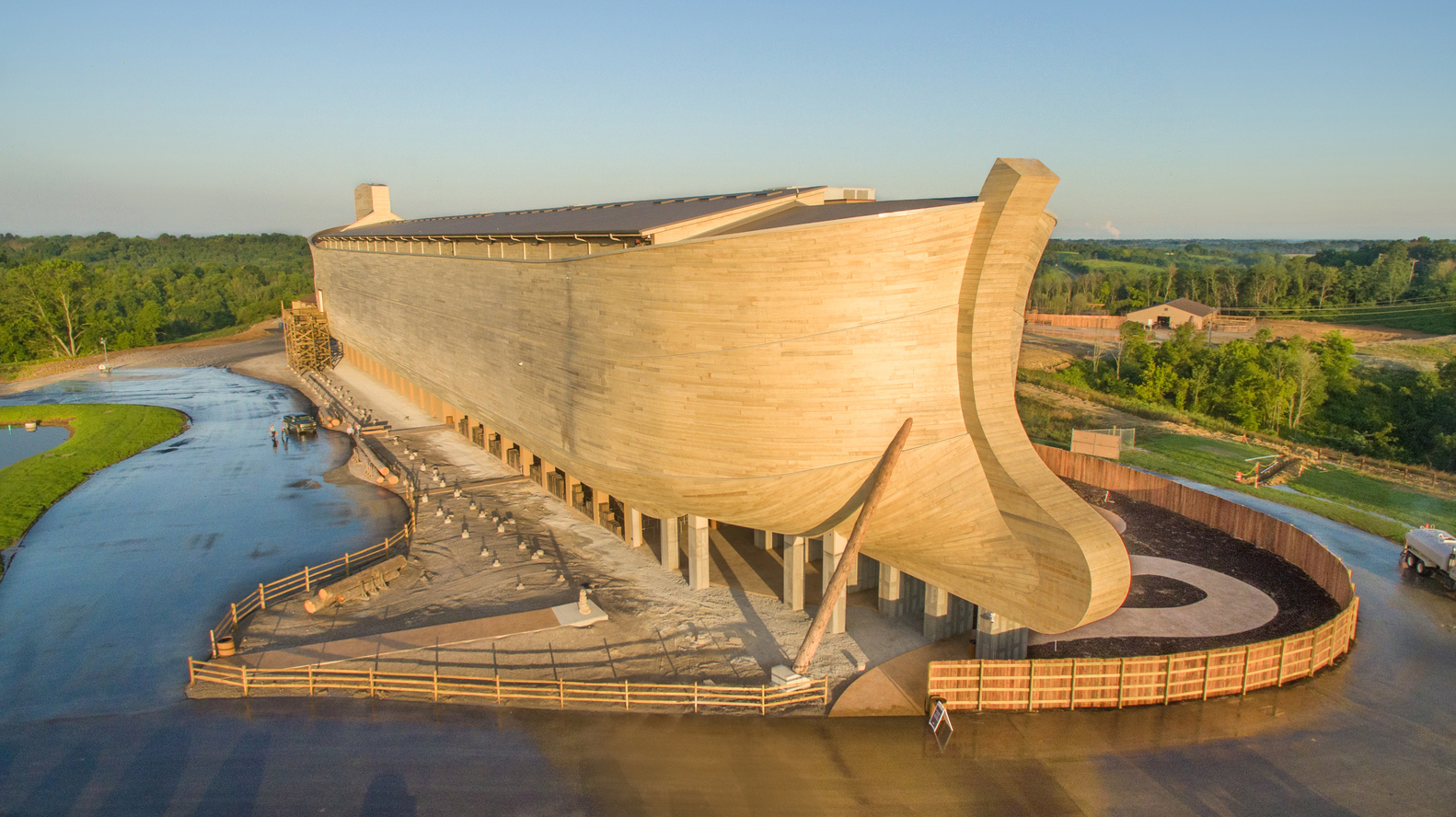 Funny how “free thinkers” always end up thinking the exact same thing. Almost like the term was a euphemism for atheist socialist.

What the heck is wrong with these protestors?

Folks who claim not to believe in God typically don’t know how to think critically.

Having Survivor’s Guilt roughly 100 or more generations after surviving is an ugly thing.

Protesting anything from the Christian Bible being displayed in a positive light.
I don’t think The Ark did great business during it’s first year in 2017. So all this hoopin’ & hollerin’ from the atheists may draw more attention from everybody, and then more interested visitors to the Ark.

The owner better have some kind of security plan in case these so called free thinkers try to burn that beautiful ark down, whether there are visitors inside or not.
No. I would not put it past them.

They are just Hating.

i like how forward thinking God was to instruct Noah to put an A/C unit on the roof.

The whackos are now protesting a boat.

They can go build their own ark.

If anyone hasn’t been to The Ark you should. Its really cool! My kids loved it too.

RE: They can go build their own ark.

They don’t believe the Biblical narrative and are protesting this museum as harmful to scientific education.

The ramps onto the ark dudnt meet ADA standards, maybe,

“i like how forward thinking God was to instruct Noah to put an A/C unit on the roof.”

It’s TRUE! It’s right there in the Bible!!

11 Now the earth was corrupt in God’s sight and was full of violence. 12 God saw how corrupt the earth had become, for all the people on earth had corrupted their ways. 13 So God said to Noah, “I am going to put an end to all people, for the earth is filled with violence because of them. I am surely going to destroy both them and the earth. 14 So make yourself an ark of cypress[a] wood; make rooms in it and coat it with pitch inside and out. 15 This is how you are to build it: The ark is to be three hundred cubits long, fifty cubits wide and thirty cubits high.[b] 16 Make a roof for it, leaving below the roof an opening one cubit[c] high all around and putting on top of it a decent A/C unit.[d]

Must really suck to be a liberal. I kind of feel sad for them.

If that's what they are really protesting then they may want to actually chat with the taxpayers, business owners, and civic leaders in the surrounding area, and see how much they appreciate the economic boost it's provided.
20 posted on 08/06/2018 12:05:14 PM PDT by rpierce (We have taglines now?)
[ Post Reply | Private Reply | To 7 | View Replies]
Navigation: use the links below to view more comments.
first 1-20, 21-40, 41-51 next last