Religious carry candles in procession at the start of a Mass celebrated by Pope Francis to mark the feast of the Presentation of the Lord Feb. 2. The Mass in St. Peter's Basilica at the Vatican also marked the World Day for Consecrated Life. (CNS photo/Paul Haring)

After growing up in Nigeria and being named the youngest bishop in the world at the age of 32, Cardinal Francis Arinze attended the final session of the Second Vatican Council. Following his elevation to cardinal by Pope John Paul II, he was appointed President of the Pontifical Council for Interreligious Dialogue, a position he held until 2002, when he became the first African Cardinal to head a Vatican office, the Congregation for Divine Worship and the Discipline of the Sacraments (2002-08). His biography, God's Invisible Hand, was published by Ignatius Press, as were his books The Layperson’s Distinctive Role, and Meeting Jesus and Following Him.

Cardinal Arinze's most recent book, also published by Ignatius Press, is Radical Discipleship: Consecrated Life and the Call to Holiness (2015), released in conjunction with the Year of Consecrated Life, which began on November 30, 2014 and will conclude with the Feast of the Presentation of Jesus in the Temple on February 2, 2016.

Cardinal Francis Arinze, at the Vatican in a February 2013 photo, is the author of a new book, "Radical Discipleship: Consecrated Life and the Call to Holiness". (CNS photo/Paul Haring)

CWR: In the Introduction to Radical Discipleship, you focus on how discipleship consists of accepting Jesus invitation, “Follow me.” In what unique ways is the consecrate life an embrace of the call to radical discipleship?

Cardinal Arinze: The call to follow Christ as a layperson and the call to follow him as a consecrated person differ in this, that a layperson is called to witness to Christ in the secular sphere, that is, in the family, in work and leisure, in politics and government, and in trade and commerce; whereas the consecrated person is called to live a life of sacrifice of marriage, seeking earthly goods and sacrifice of one's will, and thus show that the attraction of the things of God is stronger than all earthly considerations. The layperson marries, looks for wealth, and conducts his or her own life and strives to do all this with the spirit of Christ.

These two ways of life complement each other. They show us two ways of following Christ. The layperson shows how to use the things of this world and consecrated them to God's glory. The consecrated persons shows how to renounce them for the sake of the kingdom of heaven. Christianity needs both ways of witnessing to Christ.

CWR: Along similar lines, how is consecrated life distinct from the lives of priests and bishops? What confusion sometimes exist about those differences?

Cardinal Arinze: The apostolate of priests and bishops is to celebrate the sacred mysteries, to preach the word of God, and to gather the people of God together in the parish and in the diocese. The vocation of the consecrated person is different. It is to offer to God the sacrifice of the three best things on earth by the three evangelical counsels or vows of chastity, poverty and obedience.

Sometimes the same person can be a priest and also a consecrated person. Examples are Jesuit, Franciscan or Carmelite priests. In the strict sense, a religious or consecrated person is not the same as a priest. The vocations are different. The Church needs both.

Cardinal Arinze: The biblical roots of the consecrated life from the Old Testament are the lives of the prophets and the nazirites vowed to God (cf. Num 6:6-7). But more specifically it is the life and example of Jesus Christ in the New Testament that motivates the consecrated life. He lived chaste, poor, and obedient to an exceptional degree. He proposed such a way of life to those of his followers who were ready freely to embrace it: “There are eunuchs who have made themselves eunuchs for the sake of the kingdom of heaven. He who is able to receive this, let him receive it” (Mt 19:12). “Sell all that you have and distribute to the poor, and you will have treasure in heaven; and come, follow me" (Lk 18:22). Jesus proposes: he does not impose the consecrated life as obligatory for any of his followers.

Yes, the Church's understanding of the consecrated life has developed and deepened over the centuries. The early Christian community shared their goods. The early Fathers of the Church praised the virgins who formed communities inspired by the Gospel. Saint Anthony of Egypt (251-355) went to live in the desert. Disciples followed. Monasteries grew up with saints Pachomius, Bernard, and Benedict as leaders. Saint Francis of Assisi inaugurated the consecrated life lived not in monasteries but among the people. Nearer our times, some religious congregations have been founded for the medical or educational service of the needy or to look after street children or orphans. The very title of the Roman Curia office which is charged with encouraging the consecrated life has changed in the last forty years from Congregation for Religious to Congregation for Institutes of the Consecrated Life and Societies of the Apostolic Life.

CWR: What is the origin of the three evangelical counsels, and how do they provide a foundation for the consecrated life?

Cardinal Arinze: The origin of the three evangelical counsels is the life and example of Christ. Lives vowed to God in chastity, poverty and obedience are ways of following Christ with radical adherence to his Gospel message. While Jesus invited all his followers to be perfect as their heavenly Father is perfect (cf Mt 5:48), he proposed even more demanding offers to those ready to sacrifice marriage, earthly goods and doing one's own will "for the sake of the kingdom of heaven" (Mt 19:12).

CWR: The number of men and women in consecrated life apparently peaked, in the West, in the 1950s, and then dropped dramatically following the Council. What were some of the reasons for that sudden shift? What has the situation been like in other parts of the world?

Cardinal Arinze: In the final analysis, only God's Providence can exhaustively explain why religious vocations rise or fall in place from time to time. In our weak human ways of explaining such developments we can say:

In Europe and North America the number of men and women in the consecrated life went up in the 1950s because people had come out of the sufferings of the Second World War and learned that things of this world are passing away, there was relative stability in society and life in the Church and the family was reasonably stable.

There was a big drop as from the end of the 1960s, not because of the Second Vatican Council, but because of the following developments in the Western world: the welfare state and greater abundance of the goods of this world; the so-called sexual revolution which was really sexual irresponsibility; problems raise by some communications media (especially the TV) which can do much good but also much harm; rapid spread of ideas good and bad; revolt against authority of all kinds especially as from 1968; freedom understood as liberty to do whatever one likes; and growing influence of materialism atheism, communism and secularism. There was also in some places a wrong interpretation of some decrees of the Second Vatican Council.

In Africa and Asia, consecrated vocations have been on the rise. Latin America is in-between the West and Africa. In Africa, in particular, the success of missionary evangelization work and the dynamism shown by the young local churches have meant the growth of larger seminaries and the yearly increase of consecrated men and women. Also helpful is the general good health of the family in Africa, although generalizations should be avoided.

CWR: You write that the consecrated life is prophetic and that it “challenges the current of life in society.” What are some examples of that prophetic quality?

Cardinal Arinze: The consecrated life, when live authentically, can challenge the current of life in society in the following ways:

A life of vowed chastity is a proof that a life of continence is possible, with God's grace; it is a challenge against sexual irresponsibility, desecration of marriage, divorce mentality, and other sins against God's will for marriage and the family.

The vow of poverty challenges immoderate pursuit of earthly things, stealing, corruption in public life, idleness, and forgetfulness of the poor.

The vow of obedience challenges the abuse of authority, revolt against legitimate authority, selfishness in people in public service, and precipitation of tension, revolts, and wars.

A consecrated person who lives the three vows authentically is delivering a prophetic message to society.

Cardinal Arinze: Some challenges facing those who live in the consecrated state are the following:

perseverance, ability to continue even when not sufficiently appreciated by people; constancy in the vowed life year after year; refusing to be carried away by the spirit of the world; and readiness to continue going against the current of life in the world of today.

The laity can help, support and encourage their brothers and sisters living in the consecrated life in the following ways: prayer, advice, respect, working together at projects, encouraging their children or friends who are called to the consecrated life to embrace that vocation, and by donations in cash or kind. 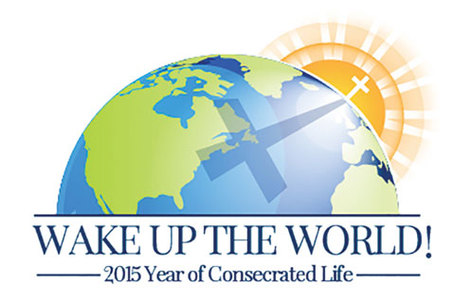 I always liked him, he had a show on ewtn on sunday mornings for many years.