Don Gabriele Amorth recounts his mentor's advice on how to talk to the Devil.

In 2012, the cause of beatification and canonization for Fr. Candido Amantini, a Passionist priest who served as the exorcist for the diocese of Rome for 36 years at the Scala Santa, was taken up in Rome. His most famous disciple (who is considered to be his successor) is 87 year old Don Gabriele Amorth, who wanted to participate in the opening ceremony of the process. The Pauline priest, who recently published the book, The Last Exorcist, wished to remember the Passionist Father and told us about the time when then devil argued with his teacher about Hell.

Don Amorth, are you happy? Fr. Candido will become a blessed.

It is a great joy because Fr. Candido was a man of God! He was always serene, always smiling, never angry even with the devil! Everyone was talking about him, he was extremely well known in Rome, where he served as exorcist for 36 years without ever quitting.

What do you remember about your teacher?

He was endowed with special charisms. For example, it was enough for him to see a photograph to determine whether a person needed an exorcism or medical treatment …

I’ll relate one episode. One day I was with him and he showed me three photographs that had been brought to him. He took the first, which portrayed a man, and he said to me: “Do you see, Don Amorth?”. And I replied: “I don’t see anything”. And he responded: “This man doesn’t need anything”. Then he took the photo of a woman and asked me again: “Do you see, Don Amorth?”, and again I responded: “I don’t understand anything, Don Candido”. His response was: “This woman greatly needs medical treatment, she needs to go see the doctors and not the exorcists”. Finally, he took the third photo picturing a young lady: “Do you see Fr. Amorth? This young lady needs an exorcism, do you see?”. and I replied: “Fr. Candido, I don’t see anything! I only see if someone is beautiful or ugly. And to be quite honest, this young lady isn’t bad at all!”.  And he burst out laughing! I had made a joke, but he had already understood that that girl needed God.

You’ve said before that Fr. Candido never got angry, not even with the devil. Was Satan afraid of him?

He was very afraid of him, he trembled before him! He would immediately run away. In reality, the devil is afraid of all of us, one only needs to live in God’s grace!

Of course! I went to them for six years. I was appointed exorcist in 1986 and I began to perform exorcisms with him beginning that year. Then in 1990, two years before he died, I began performing exorcisms alone because he wasn’t practicing anymore. When someone went to him he responded: “Go see Fr. Amorth”. That is why I am considered to be his successor…

Was Fr. Candido ironic even with the devil?

I want to tell you about one very important episode to help you understand a truth. You need to know that when there’s a case of diabolical possession, there is a dialogue between the exorcist and the devil. Satan is a great liar, but sometimes the Lord obliges him to tell the truth. Once Fr. Candido was liberating a person after many exorcisms and with his typical irony he told the devil: “Go away for the Lord has created a nice warm home for you, he has prepared a little house for you where you won’t suffer from the cold”. However, the devil interrupted him and replied: “You don’t know anything”.

What did he mean?

When the devil interrupts with a saying like this, it means that God has obliged him to tell the truth. And this time it was extremely important. The faithful often ask me: “But how is it possible that God created Hell, why did he think of a place of suffering?”. And so that time the devil responded to the provocations of Fr. Candido by revealing an important truth about Hell: “It was not Him, God, who created Hell! It was us. He hadn’t even thought of it!” Therefore in the plan of God’s creation the existence of Hell had not been contemplated. The demons created it! During exorcisms, I have also often asked the devil: “Did you create Hell?”. And his response has always been the same: “We all cooperated”.

What advice did Fr. Candido give you?

He have me a lot of advice, especially in the final two years of his life. The most important? To be a man of faith and prayer and always to ask the intercession of Mary Most Holy. And then to always be humble, because an exorcist has to know that he isn’t worth a quid without God. It’s the Lord that makes the exorcism work. If he doesn’t intervene, the exorcism isn’t worth anything.

Does it look a lot like Amerika under mr. mulato?

great book - a group of demons explained that Hell is a miserable place that is cold dark and where one stands next to a millions others reliving their regrets for all time...

...has nothing to do with burning and being worked 24/7 by a wipe carrying horned master

I can a test to that same cold in Iraq one nite during my service...insurgents surrounded our location and were going to attack...prayers returned the heat and reality!

“The devil’s greatest trick is to persuade you that he doesn’t exist!”
- Charles Baudelaire

Did you ping Pope Francis? 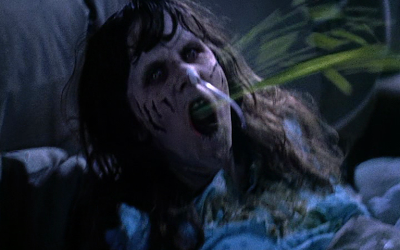 Yes, and sadly it still works pretty well despite all the evidence to the contrary.

The closer we get to the end of his free reign to cause humanity mahem, the nastier Satan will get.

Thank you for sharing this. satan is on the move right now and the number of attachments I have observed have been increasing. (I never capitalize that name even when it is the first word in a sentence)

I have a hard time with the idea that Satan or demons can create. Counterfeit or twist the Lord’s creation, sure.

I find it more than coincidence that Fox News is running a feature story on Charles Manson right now!!!

Shadowing an Exorcist
American Exorcist Plies His Lonely Trade
Exorcist says Satan exists but without 'horns, wings or a tail'
Exorcist priest confronts Beelzebub, Judas
Vatican: Church 'exorcist' urges action to fight devil
Spanish Exorcist Addresses Claims of Satanic Influence in Vatican
Exorcist: the devil is afraid of you
Exorcist shares past experiences with demonic possession
Book Review: The Rite: The Making of a Modern Exorcist
The Exorcist: Priesthood at the Door of Darkness [Ecumenical]

“I have a hard time with the idea that Satan or demons can create.”

They create fear. And lots of it. Fear is their greatest tool. But always remember, “God’s perfect Love casts out fear.” It is their fear of God’s Light that is their great weakness. The lie that God’s Love will kill you, when in fact it sets you free.

The dark forces use your anger, fear, jealousy and guilt to make you feel unworthy and afraid of God’s Love. As long as you hold onto these attributes you will feel the need to run from God as His Love will be like hot coals upon your head.

If you allow God’s Love within you, satan cannot come close to you.

Interesting about creation of hell.

While there is, I believe, solid mathematical and physical evidence for God behind the universe, there is absolutely no such evidence for Satan until humankind abstracts that information from its own mind. It seems an invention to which no form of evil is exclusively of human origin, but is rather attached in some way to this agency.

I’m an OT believer who sees the Serpent as God Himself. Any detachment from this view seems to me to undermine monotheism.

We see Nature constantly reduced to ever simpler terms. Although many of the ways into those terms still seem cloudily elusive, others have oft time been rendered with breathtaking clarity. Such it is, I believe with God, Who made His universe that way too.

Thanks for the ping. For sure, this world needs more exorcists.

I am speaking to a large group on this subject next month. My sense is that it will become very interesting.

Awareness on how satan works and an awareness of him is his greatest fear. His strength comes from people not believing in his existence.

Matthew 13 where Jesus speaks of the end times as the weeds in the wheat field are happening now. There is “Global Warming” but it’s due to the increased presence of the Holy Spirit in these tumultuous times.

Wonder what would happen if we did a remote exorcism on Obama!!!!!