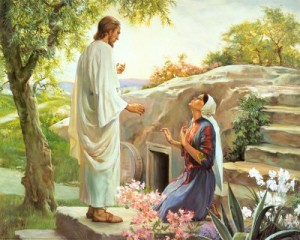 Easter is the most important day of the Christian calendar, even more important than Christmas. Here are 8 things you need to know.

The great day is finally here: Easter, the most important day of the Christian calendar. More important even than Christmas.

What happened on this day?

How does the Church celebrate this day?

Is Easter a pagan holiday?

Here are 8 things you need to know.

1. What happened on Easter?

To read about the events in the New Testament, you can use these links:

2. Was Jesus’ Resurrection a real, historical event or something else?

The Catechism of the Catholic Church explains:

639 The mystery of Christ’s resurrection is a real event, with manifestations that were historically verified, as the New Testament bears witness.

In about A.D. 56 St. Paul could already write to the Corinthians:

The Apostle speaks here of the living tradition of the Resurrection which he had learned after his conversion at the gates of Damascus.

3. What is the significance of the empty tomb? 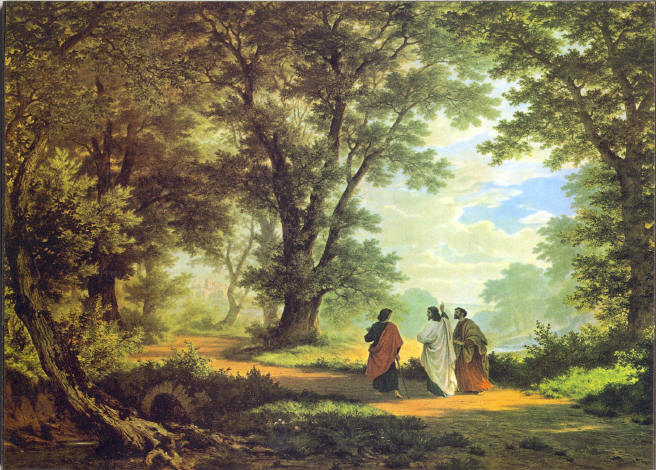 The season of Resurrection opens with the week that has been known by different names in the liturgy: Week of Resurrection, Easter Week, Week of Renewal, and last but not least, "Week of Weeks". However, the name most commonly applied to it is "Week of Hawareyeen". The word suggests the idea of "white" and "justification". It refers either to the angels at the empty tomb (who announced Christ's resurrection, clothed in white), or to the Lord's disciples (who believed in his resurrection and thus, were clothed in "justification"), or also to the newly baptized members of the Church (clothed both in white at this time of the year and in justification through the baptismal waters). It is the Week of Appearances.

Throughout Lent, each Sunday on the Maronite Calendar featured a miracle account from the Gospels. We heard the stories of the Wedding Feast at Cana, the Hemorrhaging woman, the Paralytic, Bartimaeus the Blind, the Prodigal Son, etc. culminating with the greatest miracle of all, the raising of Lazarus from the dead. Like an orchestra building towards a crescendo, these stories left no doubt in anyone's mind that Jesus was indeed the Messiah. We accompanied him last Sunday as he rode on a mule into Jerusalem where he was greeted with throngs shouting "Hosanna"!

During Holy Week, we witnessed the Passover Supper of our Lord with His Apostles; the institution of the priesthood and the Eucharist. On Friday, we mourned as the same crowds that welcomed Him on Sunday, now cried "Crucify him!!" We stood at the foot of the cross, with Mary, processed our Lord's body around the church and brought flowers to place in the tomb with our Lord. Today, we rejoiced at learning the women found the tomb empty. Christ is Risen!

This week, we will hear the testimony of witnesses who met Jesus after His resurrection. This was a real, historical event. There can be NO DOUBT that Jesus is the promised Messiah ... the Son of God!

4. What significance to the post-Resurrection appearances of Christ have?


5. What significance does Christ's Resurrection have for us?

6. How do we commemorate this day?

8. Is Easter a pagan holiday?

4 posted on 03/31/2013 4:33:47 PM PDT by Salvation ("With God all things are possible." Matthew 19:26)
[ Post Reply | Private Reply | To 2 | View Replies]
To: All
8 things you need to know about Easter
Pope: Urbi et Orbi Message, Easter, 2013 [Full text]
Pope Francis Leads First Easter Celebrations
Resurrection of the Body (Ecumenical)
April 11 Audience: On Easter's Spiritual Joy
When did the Resurrection become truly the Faith, and the official teaching of the Church?
What are they thinking? (The Easter and Christmas only Church-goers, that is!)

The Resurrection Appearances Chronologically Arranged
Are There Discrepancies in the Resurrection Accounts? If so, Can They be Resolved?
URBI ET ORBI MESSAGE OF HIS HOLINESS POPE BENEDICT XVI - EASTER 2012
Saint Gregory the Great’s Sermon on the Mystery of the Resurrection
Pope Benedict XVI warns of moral 'darkness' as he celebrates Easter Mass
Easter Changes Everything
New Catholics a sign of Easter blessing for church (in Oregon)
On Easter Joy -- General Audience, Pope Benedict XVI
The Christ of the Folded Napkin
Reflection on Hope and New Life After the Easter Feasts (Thomas Rosica, CSB)

Easter Time [Eastertide or Easter Season]
Risen Christ opens for a us a completely new future says the Pope at Easter Mass
Man Who "Died" 5 Times Is Becoming Catholic (Thousands to Enter Church at Easter)
On the Resurrection-Pope Benedict XVI
Octave of Easter, Pope Benedict XVI
The Double Alleluia
Easter Sunday
Eastertide Overview
Our 'Great Sunday' (Season of Easter) [Editorial Column]
Happy Easter: The Tomb is Empty! The Warrior of Love has conquered!