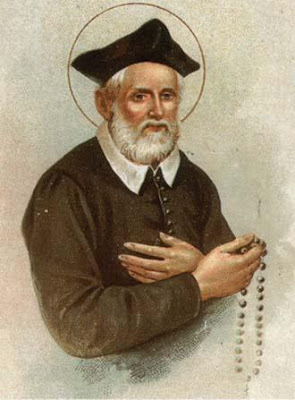 Today is the feast of Saint Philip Neri. The Venerable John Henry Newman had preached a couple of sermons on this great saint at the Birmingham Oratory. Here’s an excerpt:


Let us . . . inquire what Saint Philip's times were, and what place he holds in them; what he was raised up to do, how he did it, and how we, my Fathers of the Oratory, may make his work and his way of doing it a pattern for ourselves in this day. His times were such as the Church has never seen before nor since, and such as the world must last long for her to see again; nor peculiar only in themselves, but involving a singular and most severe trial of the faith and love of her children. It was a time of sifting and peril.

[The] Church . . . though full of divine gifts, the Immaculate Spouse, the Oracle of Truth, the Voice of the Holy Ghost, infallible in matters of faith and morals, whether in the chair of her Supreme Pontiff, or in the unity of her Episcopate, nevertheless was at this time so environed, so implicated, with sin and lawlessness, as to appear in the eyes of the world to be what she was not. Never, as then, were her rulers, some in higher, some in lower degree, so near compromising what can never be compromised; never so near denying in private what they taught in public, and undoing by their lives what they professed with their mouths; never were they so mixed up with vanity, so tempted by pride, so haunted by concupiscence; never breathed they so tainted an atmosphere, or were kissed by such traitorous friends, or were subjected to such sights of shame, or were clad in such blood-stained garments, as in the centuries upon and in which Saint Philip came into the world. Alas, for us, my brethren, the scandal of deeds done in Italy then is borne by us in England now.

It was an age . . . when civilization, powerless as yet to redress the grievances of society at large, gave to princes and to nobles as much to possess as before, and less to suffer; increased their pomp, and diminished their duties and their risks; became the cloak of vices which it did not extirpate, made revenge certain by teaching it to be treacherous, and unbelief venerable by proving it to be ancient. Such were the characteristics of Saint Philip's age; and Florence, his birth-place, presented the most complete exhibition of them -- and next to Florence, Rome, the city of his adoption.

It is not by powerful declamation, or by railing at authorities, that the foundations are laid of religious works. It is not by sudden popularity, or by strong resolves, and demonstrations, or by romantic incidents, or by immediate successes, that undertakings commence which are to last.

The Lord of grace Himself . . . grew up in silence and obscurity, overlooked by the world; and then He triumphed. He was the grain cast into the earth, which, while a man ‘sleeps and rises, night and day, springs up and grows whilst he knoweth not’. He was the mustard seed, ‘which is the least of all seeds, but, when it is grown up, becometh a tree, and shooteth out great branches, so that the birds of the air dwell under its shadow’. He grew up ‘as a tender plant, and as a root out of a thirsty land’; and ‘His look was, as it were, hidden and despised, wherefore we esteemed Him not’. And, when He began to preach, He did not ‘contend nor cry out, nor break the bruised reed, nor quench the smoking flax’; and thus ‘He sent forth judgment unto victory’. So was it in the beginning, so has it been ever since. After the storm, the earthquake and the fire, the calm, soothing whisper of the fragrant air. 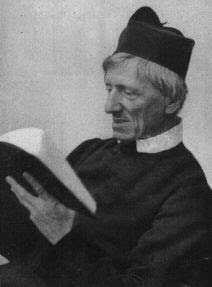 St. Philip was a child of . . . the convent of Saint Mark; here he received his first religious instruction, and in after times he used to say, ‘Whatever there was of good in me, when I was young, I owed it to the Fathers of Saint Mark's, in Florence’.

Reverend Father Philip, an old man of sixty, who, they say, is an oracle, not only in Rome, but in the far-off parts of Italy, and of France and Spain, so that many come to him for counsel; indeed he is another Thomas à Kempis, or Tauler. But it required to live in Rome to understand what his influence really was. Nothing was too high for him, nothing too low. He taught poor begging women to use mental prayer; he took out boys to play; he protected orphans. He was the teacher and director of artisans, mechanics, cashiers in banks, merchants, workers in gold, artists, men of science. He was consulted by monks, canons, lawyers, physicians, courtiers; ladies of the highest rank, convicts going to execution, engaged in their turn his solicitude and prayers. Cardinals hung about his room, and Popes asked for his miraculous aid in disease, and his ministrations in death. It was his mission to save men, not from, but in, the world. To break the haughtiness of rank, and the fastidiousness of fashion, he gave his penitents public mortifications; to draw the young from the theatres, he opened his Oratory of Sacred Music; to rescue the careless from the Carnival and its excesses, he set out in pilgrimage to the Seven Basilicas. For those who loved reading, he substituted, for the works of chivalry or the hurtful novels of the day, the true romance and the celestial poetry of the Lives of the Saints. He set one of his disciples to write history against the heretics of that age; another to treat of the Notes of the Church; a third, to undertake the Martyrs and Christian Antiquities; for, while in the discourses and devotions of the Oratory, he prescribed the simplicity of the primitive monks, he wished his children, individually and in private, to cultivate all their gifts to the full. He, however, was, after all and in all, their true model, the humble priest, shrinking from every kind of dignity, or post, or office, and living the greater part of day and night in prayer, in his room or upon the housetop.

And when he died, a continued stream of people . . . came to see his body, during the two days that it remained in the church, kissing his bier, touching him with their rosaries or their rings, or taking away portions of his hair, or the flowers which were strewed over him; and, among the crowd, persons of every rank and condition were heard lamenting and extolling one who was so lowly, yet so great.

Would that we, his children of this Oratory, were able -- I do not say individually, but even collectively, nor in some one generation, but even in that whole period during which it is destined to continue here -- would that we were able to do a work such as his! At least we may take what he was for our pattern, whatever be the standard of our powers and the measure of our success. And certainly it is a consolation that thus much we can say in our own behalf, that we have gone about his work in the way most likely to gain his blessing upon us.

My brethren, I do not feel it to be any want of devotion or reverence towards our dear Father, to speak of him as looking out to be taught, or willing to be governed. It is like his most amiable, natural, and unpretending self. He was ever putting himself in the background, and never thought of taking on himself a rule, or seizing on a position, in the Church, or of founding a religious body. He did not ask to be opposed, to be maligned, to be persecuted, but simply to be overlooked, to be despised. Neglect was the badge which he desired for himself and for his own. He took great pleasure in being undervalued. And hence you know, when he became so famous in his old age, and every one was thinking of him mysteriously, and looking at him with awe, and solemnly repeating Father Philip's words and rehearsing Father Philip's deeds, and bringing strangers to see him, it was the most cruel of penances to him, and he was ever behaving himself ridiculously on purpose, and putting them out, from his intense hatred and impatience of being turned into a show.

We have determined, through God's mercy, not to have the praise or the popularity that the world can give, but, according to our Father's own precept, ‘to love to be unknown’. May this spirit ever rule us more and more!
Posted by Jeffrey S. J. Allan at 10:33
TOPICS: Apologetics; Catholic; History; Theology
KEYWORDS: catholic; catholiclist; saints
For your reading and meditation of the Life of St. Philip Neri.
1 posted on 05/26/2010 10:54:59 PM PDT by Salvation
[ Post Reply | Private Reply | View Replies]
To: nickcarraway; Lady In Blue; NYer; ELS; Pyro7480; livius; Catholicguy; RobbyS; markomalley; ...
Saint of the Day Ping!