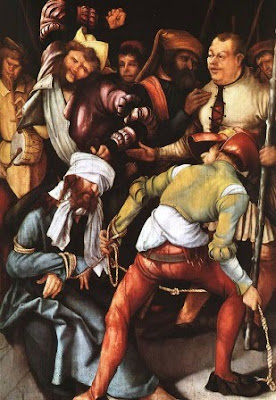 "As soon as worldly people see that you wish to follow a devout life they aim a thousand darts of mockery and even detraction at you. The most malicious of them will slander your conversion as hypocrisy, bigotry, and trickery. . . .

"Philothea, all this is mere foolish, empty babbling. These people aren't interested in your health or welfare. 'If you were of the world, the world would love what is its own but because you are not of the world, therefore the world hates you,; says the Savior. We have seen gentlemen and ladies spend the whole night, even many nights one after another, playing chess or cards. Is there any concentration more absurd, gloomy, or depressing than this last? Yet worldly people don't say a word and the players' friends don't bother their heads about it.

"If we spend an hour in meditation or get up a little earlier than usual in the morning to prepare for Holy Communion, everyone runs for a doctor to cure us of hypochondria and jaundice. People can pass thirty nights in dancing and no one complains about it, but if they watch through a single Christmas night they cough and claim their stomach is upset the next morning. Does anyone fail to see that the world is an unjust judge, gracious and well disposed to its own children but harsh and rigorous towards the children of God?

"We can never please the world unless we lose ourselves together with it. It is so demanding that it can't be satisfied. "John came neither eating nor drinking," says the Savior, and you say, "He has a devil." "The Son of man came eating and drinking" and you say that he is "a Samaritan."

"It is true, Philothea, that if we are ready to laugh, play cards, or dance with the world in order to please it, it will be scandalized at us, and if we don't, it will accuse us of hypocrisy or melancholy. If we dress well, it will attribute it to some plan we have, and if we neglect our dress, it will accuse of us of being cheap and stingy. Good humor will be called frivolity and mortification sullenness. Thus the world looks at us with an evil eye and we can never please it. It exaggerates our imperfections and claims they are sins, turns our venial sins into mortal sins and changes our sins of weakness into sins of malice.

"'Charity is kind,' says Saint Paul, but the world on the contrary is evil. "Charity thinks no evil," but the world always thinks evil and when it can't condemn our acts it will condemn our intentions. Whether the sheep have horns or not and whether they are white or black, the wolf doesn't hesitate to eat them if he can.

"Whatever we do, the world will wage war on us. If we stay a long time in the confessional, it will wonder how we can have so much to say; if we stay only a short time, it will say we haven't told everything. It will watch all our actions and at a single little angry word it will protest that we can't get along with anyone. To take care of our own interests will look like avarice, while meekness will look like folly. As for the children of the world, their anger is called being blunt, their avarice economy, their intimate conversations lawful discussions. Spiders always spoil the good work of the bees.

"Let us give up this blind world, Philothea. Let it cry out at us as long as it pleases, like a cat that cries out to frighten birds in the daytime. Let us be firm in our purposes and unswerving in our resolutions. Perseverance will prove whether we have sincerely sacrificed ourselves to God and dedicated ourselves to a devout life. Comets and planets seem to have just about the same light, but comets are merely fiery masses that pass by and after a while disappear, while planets remain perpetually bright. So also hypocrisy and true virtue have a close resemblance in outward appearance but they can be easily distinguished from one another.

"Hypocrisy cannot last long but is quickly dissipated like rising smoke, whereas true virtue is always firm and constant. It is no little assistance for a sure start in devotion if we first suffer criticism and calumny because of it. In this way we escape the danger of pride and vanity, which are comparable to the Egyptian midwives whom a cruel Pharaoh had ordered to kill the Israelites' male children on the very day of their birth. We are crucified to the world and the world must be crucified to us. The world holds us to be fools; let us hold it to be mad."

Wonderful and much needed, thank you!

Against the secular world!

Very Timely; you saved my day once again. Thanks!

I usually invite them to piss off.

But then again, I'm not a saint.

Does he advice for when the Church does it?